Feds Tell Court That State Lotteries Face No Threat From Them — Not Yet, At Least 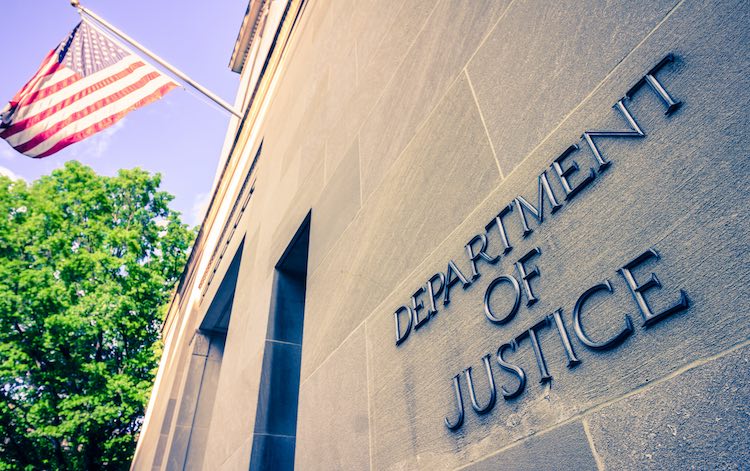 The curious case of the New Hampshire Lottery vs. the federal government has now gotten even curiouser.

The U.S. Department of Justice filed a 33-page brief to the First Circuit Court of Appeals on Friday, seeking to overturn a lower-court ruling last year that invalidated a November 2018 Office of Legal Counsel opinion regarding the Wire Act of 1961.

While the Wire Act unambiguously — though about 35 years before the internet came into common use by the public — bars sports betting across state lines, there at times has been some confusion about whether it extends to other forms of gambling.

It’s no wonder, given the tortured language of the key element of the 59-year-old act that one judge has called “a mess of a statute”:

A decade ago, representatives of state lotteries in Illinois and New York sought a legal opinion from DOJ that would clarify whether they would be on solid legal footing to sell lottery tickets online even if such sales might have infrastructure elements that technically could be seen as having an interstate element.

The DOJ during the Obama Administration responded with a 2011 opinion clarifying that the Wire Act only applied to sports betting, paving the way not only for online lottery sales but also online casino gaming.

Flipflop by DOJ on Wire Act

a new opinion that raised the possibility that all sorts of online gambling might be illegal.

That led to the lawsuit by the New Hampshire Lottery, which received a favorable ruling from U.S. District Court Judge Paul Barbadoro, who ruled that “the risk of prosecution is substantial.”

But in the latest filing, DOJ stood its ground — only in a curious way, basically saying there is “nothing to see here” because the 2018 opinion doesn’t really do anything at all.

“The Deputy Attorney General specifically instructed officials not to attempt enforcement action against State lottery systems until the Department can address that question,” the briefing reads. “Nonetheless, plaintiffs — a state lottery commission and its vendors — demand that Article III courts issue an advisory opinion and ‘set aside’ internal Executive Branch advice with which they disagree.”
“Plaintiffs’ response briefs fail to support those demands. Plaintiffs have not shown that Wire Act enforcement against them — or any other State lottery — is ‘imminent,'” the briefing continues.

“In a pre-enforcement dispute like this one, both doctrines require a ‘credible threat of prosecution.’ Plaintiffs have failed to make that showing.  They have not established that they were subject to past enforcement, that they have been threatened with future enforcement, or that similarly situated parties have been prosecuted for analogous conduct. Instead, plaintiffs cite only their fear that their conduct could be viewed as unlawful. That is not enough.”

Lack of action by DOJ becomes its defense

DOJ bolsters its claim by noting that no state lottery official has ever been prosecuted based on the Wire Act, and by going down the linguistic rabbit hole of offering its differing interpretation of what the act really means.

“The Deputy Attorney General has directed that, even if the Department later ‘determines that the Wire Act does apply to State lotteries or their vendors,’ it still would not prosecute those parties for past conduct. Rather, it would provide a further forbearance to allow them time to ‘conform their operations to federal law.’

“Plaintiffs therefore face no threat of prosecution (much less a credible threat) for what they have previously done, are currently doing, or may do in the immediate future.”
“The 2018 Opinion simply did not resolve the applicability of the Wire Act to State lotteries and their vendors.

The importance of “indefinitely”

“Again, the Department has not taken any position on whether plaintiffs’ conduct violates the Wire Act, and the Deputy Attorney General specifically instructed Department personnel to ‘refrain from applying [The Wire Act] to State lotteries and their vendors’ indefinitely,” write the U.S. appellate staff attorneys.

It has been more than 18 months since this opinion was issued, and that word “indefinitely” no doubt sticks in the craw of the proponents of legal online gambling expansion.

Perhaps even more frustrating for them is the fact that Barbadoro’s ruling in June 2019 came just ahead of the end of a moratorium on the possibility of prosecuting any lottery officials. Now no such “sword” hangs overhead, which could be a factor in the minds of First Circuit Court judges.

State legislators considering whether to join pioneering states such as New Jersey, Pennsylvania, and Delaware in offering a full suite of online casino games must currently do so in this uncertain light.

The same goes for online lotteries, which bring in well over $200 million in revenue in the handful of states that offer that option.

Can states engage in interstate online poker compacts, such as the one in action among Nevada, New Jersey, and Delaware? It’s difficult to say.

Who benefits from confusion? It’s impossible to ignore the fact that the Republican Party’s leading donor and the most prominent opponent of online gambling expansion in the U.S. are one and the same — Las Vegas-based billionaire Sheldon Adelson, who helps fund the Coalition to Stop Internet Gambling.

The Adelson connection has been raised in several court filings in the case, including an amicus brief filed by New Jersey Attorney General Gurbir Grewal.