by John Brennan
in Regulation, Sports 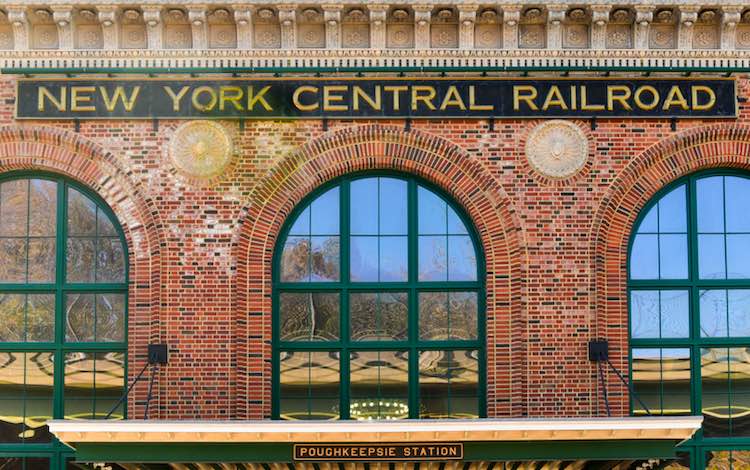 Gaming industry leaders, professional gamblers, and many casino and racetrack operators have advocated for states to offer a low-tax, free-market sports betting model that gives consumers a maximum number of choices – while giving established gambling sites a role as a partner in revenue.

But many states have rejected that model – and New York State in many respects appears to be on its way to doing the same for its launch next year of mobile sports betting.

“The $500 million [in projected annual sports betting revenue] will go to the state, rather than a lot of middlemen who operate mobile sports betting, which is what many of the other states have done,” Gov. Andrew Cuomo said recently during a briefing at the State Capitol. “This is more like the state lottery, where we operate it and we get the resources.”

In fact, New Hampshire – where all forms of gambling operate under the purview of the state’s lottery – in 2019 put out a request for proposals that asked applicants to list what percentage of gross gaming revenue the operator would turn over to the state, depending on the number of rivals it would have.

DraftKings offered a 51-49 split with the state in exchange for being the sole operator – and McIntyre and the state took the deal.

“We were looking at trying to maximize revenue, and that was the best deal for us,” McIntyre said. “And we’re one of the top states in the country in per-capita betting handle.”

New York’s plan – still seen by many industry experts as too vague – is for two mobile sports betting platform providers, with at least four more operators to be licensed in the state. The Request for Applications (RFA) must go out to the gaming industry no later than July 1.

DraftKings and FanDuel – the two daily fantasy sports giants – appear to be in the front of the pack based on their success in other states such as New Jersey in quickly attracting customers and commanding leading market shares. Both are leveraging substantial player databases gained through daily fantasy sports operations, and Cuomo has mentioned them as the type of companies that could be suitable sports betting platform providers.

The plan is to secure 51% of revenue that goes to New Hampshire – and perhaps even more, up to 55%.

The concern in the gaming industry has been that with little or no competition, an operator might be inclined to offer poor odds for consumers, or a platform that is inferior in other areas where consumers have no legal alternatives.

But McIntyre said such worries have proven unfounded in New Hampshire, even without a neighboring state such as New Jersey with more than a legal dozen sports betting apps to entice customers if the lines aren’t favorable.

Instead, the DraftKings odds in the state – powered by Kambi – are the same as DraftKings offers in each of its other jurisdictions.

The DraftKings deal with Kambi is scheduled to expire within four to six months, at which point DraftKings’ purchase of SBTech will allow it to run its own odds operations internally. But McIntyre said he has no reason to expect any change in the quality of DraftKings’ odds.

“We are partners with DraftKings in this industry, so we have a lot of communication with them,” McIntyre said. “And I’m an ex-organized crime prosecutor – and I well know that we have to offer fair odds, or we make the illegal betting market too appealing.”

McIntyre said the “hold” on betting handle in New Hampshire has been right in line with an industry standard of roughly 7%. He added that the state and DraftKings “got killed” on the most recent Super Bowl, because New England-area bettors overwhelmingly backed ex-Patriots quarterback Tom Brady’s successful effort to add another championship – this time for Tampa Bay in beating Kansas City.

With New Englanders getting the same odds in New Hampshire as DraftKings bettors got around the U.S., the Granite State lost $3 million on the game.

Jurisdictions with limited markets for betting odds have tended to be smaller ones, such as New Hampshire, Rhode Island, Oregon, or Washington, D.C.

As a result, some industry experts have questioned whether the limited operator model could work in New York, a state with a population of approximately 19.3 million — roughly 14 times that of New Hampshire. There are also questions whether smaller companies that lack capital and cash flow can survive in a high-tax environment. A competitive bidding process in New York could push the revenue-sharing percentage above the split currently sought by Cuomo.

New York – too big to succeed?

Can the New Hampshire plan work in a state as large as New York, which will be the largest with mobile sports betting once it launches sometime in 2022?

“I can’t really see how it couldn’t work” in a larger state, McIntyre said. “We don’t know for sure until it happens.”

The New Hampshire sports betting law allows for the lottery to offer a limited amount of wagering beyond the DraftKings offerings, such as multi-team parlays. McIntyre said that he hopes to see such products – which could boost traffic at retailers – launch sometime this summer.

Currently there are two brick-and-mortar sportsbooks in the state – one in Seabrook and another in Manchester, both in the southern part of the state. McIntyre said three more could open before the end of 2021.

Those sportsbooks can’t yet offer in-game betting, but McIntyre said it appears that lawmakers may address that wrinkle “soon.”

New Hampshire at some point is expected to face competition from neighboring Massachusetts, potentially losing revenue from residents of that state who now cross the border – or from its own residents betting in Massachusetts if that state offers more robust wagering options.

But McIntyre notes that New Hampshire has no state income tax, meaning a big betting windfall by its residents won’t be subject to the sort of tariff to be applied in most states.