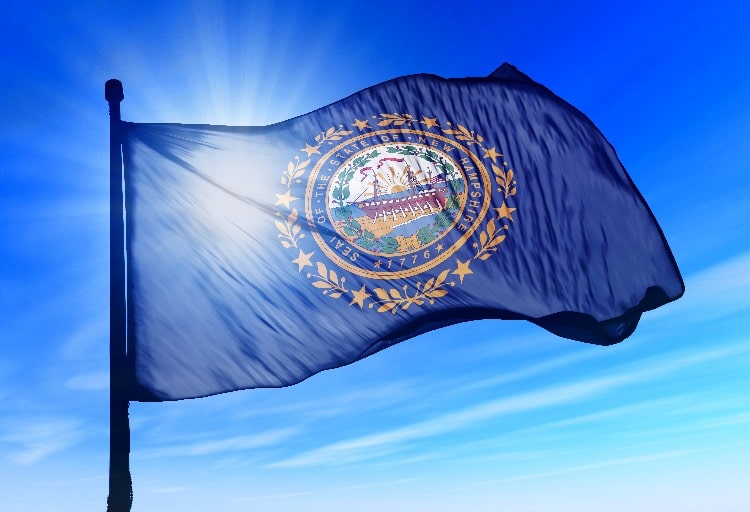 When Tim Lang pitched sports betting in New Hampshire in 2019, he had a vision. But with the Democrats in control of the New Hampshire House and Senate, he made a deal.

Two sessions later, Lang has filed a one-page bill that would eliminate the cap on the number of retail sportsbooks and legalize Tier II (in-play) wagering at brick-and-mortar locations. The changes will get Lang what he wanted and help him make good on a promise to his party about what sports betting would look like in the Granite State.

“I had to compromise to get it through a Democratic House,” Lang told Sports Handle. “The Democrats were afraid we would have [sportsbooks] on every street corner … it’s more of a technical correction.”

In the Nov. 3, 2020, national election, New Hampshire was the only state in which both the House and the Senate flipped from Democratic majorities to Republican. With Gov. Chris Sununu at the helm, the Republicans now control all three government arms.

Given the political climate, Lang also has plans to file an iGaming bill, though he says that will wait until 2022.

HB 330 is less than a page with the following line struck from the text:

[No more than 10 sports book retail locations may be in operation at any given time.]

“Again the Democrats were afraid that it would be like slot machines for people,” Lang said. “I thought, ‘You do realize that I can sit at The Brook in Seabrook and do the exact same thing on my phone?’ It makes zero logical sense.”

The Brook is a casino with a race and sportsbook as well as food and drink located near the Massachusetts border.

Great to be live on-property in New Hampshire with our partner DraftKings, complementing our existing online presence. The Brook Casino is the eighth US property in five weeks to launch with a Kambi partner and sportsbook. Many more to come. #partnerwithconfidence https://t.co/wSK9frrhKy

The bill will land in the Ways and Means Committee, and Lang said he doesn’t expect to have any problem shepherding it through the legislative process. Should the bill pass, it would become effective in 60 days. The New Hampshire legislative session runs through June 30.

DraftKings is only operator in NH

Lang also said that it’s unlikely that New Hampshire will ever have more than 10 retail sports betting locations. Not only does DraftKings currently own the market — both brick-and-mortar and digital — but the state has a population of less than 1.5 million.

For comparison, Pennsylvania made available 13 sports betting licenses in a state with a population of 12.8 million, and West Virginia, which has about 1.8 million people, has five live brick-and-mortar sportsbooks and digital platforms. Both states are also bigger geographically than New Hampshire.

When the lottery opened sports betting up to bids, it ultimately chose to give DraftKings a monopoly. The Boston-based company pays the state 51% of gross gaming revenue in exchange for that exclusivity. At the current time, the only other sports betting product that could hit the market is a lottery offering, which will be called “Sports 603” and is named after the state’s area code. It’s unclear what the lottery will offer, though when Sports 603 is up and running, it will be available at all lottery vendors.