Why doesn't the media cover sports gambling the way it ought to? 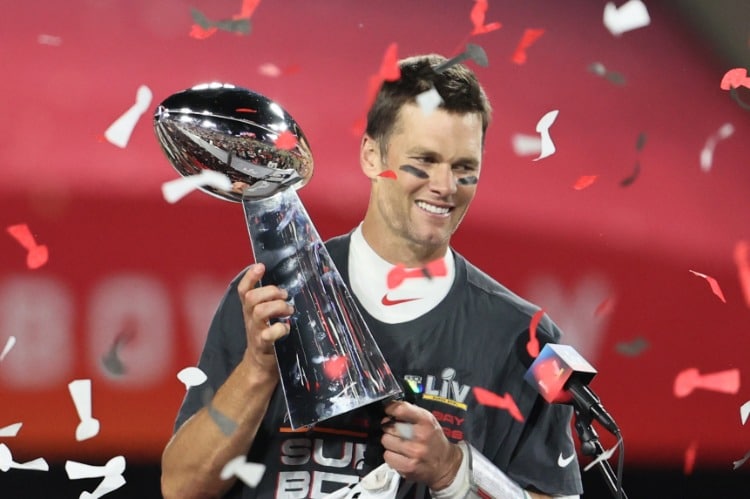 There’s an old saw in the journalism world: When a dog bites someone, it ain’t news. Flip it around, though, and it’s a screaming front page headline: Man bites dog!

As such, please allow me to present to you this woefully underreported story: Bettors in New Hampshire crushed the Super Bowl, wagering $7.1 million and winning $8.8 million. That’s right: At least for one day in February, the man bit the dog.

A few caveats: One, DraftKings has a sportsbook monopoly in New Hampshire due to the state’s silly set-up, so to be clear, it’s DraftKings that took it on the chin there. And New Hampshire bettors are not ready to give up on Tom Brady, as it’s clear the Bucs’ victory was the main driver of public profit.

“Sports fans across New England know you cannot bet against Tom Brady, even if it is a little bittersweet watching him lead a different team to a Super Bowl championship,” Charlie McIntyre, the executive director of the New Hampshire Lottery, said in a press release. “We want to congratulate our players for remaining loyal to the GOAT and for winning big in this year’s Super Bowl.”

But no one wrote about it. Maybe the Google news search functionality is screwy, but the only ink I saw spilled was from the NH Business Review, and they kinda got the story wrong, saying that the state “wound up $3 million in the hole” due to losses incurred in the Super Bowl. Which isn’t right, both the number and the “in the hole” bit. The piece also quoted politicians worried about “losing” $3 million. So many lessons here, to be tackled another day.

But yep, that was it, as far as my Google search took me. No other stories about New Hampshire bettors sticking it to DraftKings, and that’s despite a journalist’s best friend, the quotable press release.

“The thing that it really says to me is that the media really hasn’t caught up with how big sports gambling is,” said John Affleck, who doubles as the Knight Chair in Sports Journalism and Society and the director of the John Curley Center for Sports Journalism at Penn State. “And while it’s still a small piece of the casino industry as a whole, it’s fundamentally changing how we watch sports. Mainstream media is still covering it pretty much like we just watched the game and we’re happy because our team won and we don’t have fantasy teams and aren’t looking at the lines 20 minutes before kickoff. That’s why you don’t get coverage of this.”

Affleck, who spent 22 years with the Associated Press before making the jump to academia, said he was recently talking to a sports editor of a large metro daily who told him they had what amounted to a “Gambling 101” session for the editors and reporters so they could understand basic sports betting terminology.

“Like parlays, stuff like that,” Affleck said. “Just basic terms. And so clearly, when that’s the situation, they’re going to miss stuff because they just don’t know it well enough.”

Aaron Moore, a professor at Rider University in Lawrence, N.J., spends his research time at the intersection of sports journalism and gambling. And he agrees with Affleck’s take — and then some.

“Most don’t know about it, and the rest don’t want to know about it,” Moore said. “Mainstream sportswriters don’t know enough about gambling, and so many of them are still operating under this old perspective, that it’s a space with criminals and back alleys and broken kneecaps. It’s an outdated mentality.”

And beyond the knowledge gap lies the high-and-mighty gap.

“So many of them believe they are above gambling, and they believe people read, watch, and listen to them simply for the love of sports, to see things from their vantage point,” Moore said. “They do not want to acknowledge sports fans are into gambling and that they see these journalists mostly as information sources for gambling. This would be a shock to the prestigious sportswriters out there who think gambling is beneath them.”

Some gambling news sites have issues

Another issue at play? A touchy subject, to be sure, but the fact remains much of what passes for gambling journalism right now hails from publications that, to a small or greater degree, are engaged a symbiotic relationship with the sportsbooks. But I’m proud to say Sports Handle and its associated titles are 100% on team “all the news that’s fit to print,” no matter how lousy it may make the sportsbooks look (see our stories on DraftKings and its ongoing messenger betting kerfuffle, accusations against William Hill of cheating on in-game betting, or my own reporting on the ridiculous limits sportsbooks are placing on even their clearly non-professional clientele).

But to be even more fair, and for a moment of self-awareness, we also didn’t write something up on the joy in Mudville-ness of the New Hampshire bettors’ super Sunday.

“A lot of the gaming press is coming from the perspective of the casinos, of the books, and that’s not something they’d be wanting to promote, that they didn’t have a great day,” Affleck said.

“Much of the gambling media, along with the bookmakers, are together in this,” he said. “Particularly in New Hampshire, where it’s done through the state lottery. It’s not really in anyone’s best interest to talk about the bad stuff.”

Of course, what’s bad for DraftKings and New Hampshire is good for the sports bettor, be they a pro or, much more likely, a casual player who just enjoys getting a little lunch money down on his favorite quarterback of all time, even if he’s sporting different colors.

Of course, widespread legalized sports betting is still in its infancy in America, and both Moore and Metcalf believe things will change in the media, perhaps rapidly.

“It’s an outdated ideology the media has right now,” Moore said. “It will absolutely change going forward. The best thing about legalized sports betting is it allows the conversation to happen in the public. No more hidden language, winks, and secret handshakes. You can be in any public setting and talk about sports gambling because it’s legal. Journalists have to be aware of it.”

Affleck is right there.

“I think it’s got to change. I think it will become routine,” he said. “I foresee the traditional gamer story will include a line like, ‘The Raiders were favored by seven, but the field goal that cut it to five with three minutes left gave the win to the Ravens bettors.’  Part of the reason that it hasn’t been in stories is because it wasn’t legal. And now that it is, there’s still the vestigial idea that it’s somehow tawdry or unethical to mention gambling. But that is clearly dated.”

So in short: Congratulations, New Hampshire bettors. Sorry we didn’t write about your big winnings. We will next time, I promise. But uh … since we’re here … do ya like the Celtics giving the points in Washington Tuesday night, or nah? 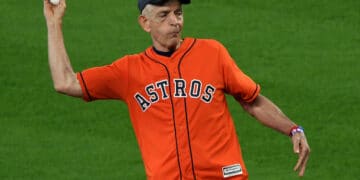 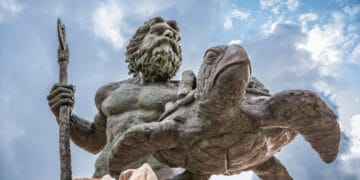