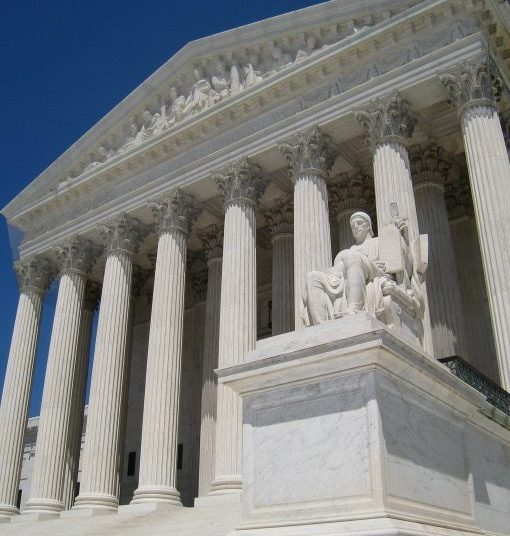 Late Tuesday night the State of New Jersey and fellow petitioner, the New Jersey Thoroughbred Horsemen’s Association (NJTHA), filed their briefs on the merits of their case against the major sports leagues, and their arguments are both highly convincing and quite comical at a couple points.

(Quick background if you’ve just become aware of what’s happening: In 1992, Congress passed a law known as PASPA (the Professional and Amateur Sports Protection Act), which effectively banned sports wagering outside of Nevada. But the act itself has some problems, and it just might be unconstitutional because of the way it operates and treats the states, among other reasons New Jersey and the NJTHA argue. If the Supreme Court of the United States (SCOTUS) finds the law unconstitutional or otherwise defective, the door would open for sports betting in New Jersey and other states.)

Below, we highlight some of the most compelling portions of the briefs,  and offer some thoughts on it all. The respondents, which include the NCAA, NFL and the other major pro leagues, now have until October 16 to file their briefs stating why PASPA is constitutional, why they think New Jersey’s interpretation is wrong, and why the circuit court’s ruling should stand. (If you’re only here for Zoolander, scroll way down.)

New Jersey refers to previous Supreme Court decisions (“case law”) to help make their points. Their argument goes way back to the Articles of Confederation (ratified in 1781, preceding the U.S. Constitution) to explain why the Founding Fathers wanted to prevent a system of government where the federal government can tell the state legislatures what to do and how to regulate the activity of their citizens. The state points out that Congress can make laws directly impact citizens, but cannot tell states what laws to make (or keep), and how to regulate its people.

Some important points and highlights from the briefs (emphasis added):

“While Congress has substantial powers to govern the Nation directly, including in areas of intimate concern to the States, the Constitution has never been understood to confer upon Congress the ability to require the States to govern according to Congress’ instructions.” 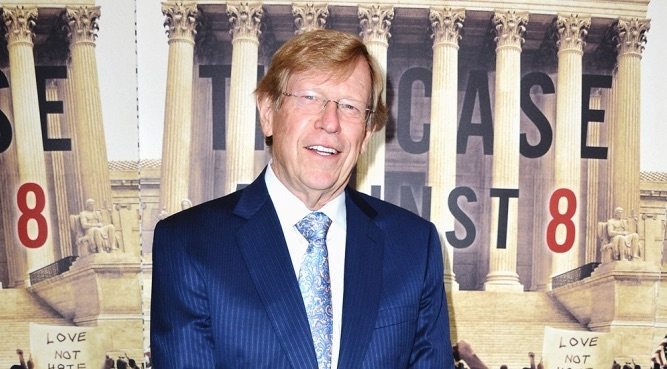 As you can see, there’s a lot going on here. One of key pieces of this battle is how New Jersey responded to a 2012 ruling in its earlier case: by repealing some of its state law prohibitions on sports betting in 2014, dubbed its “partial repeal.” But the leagues sued again and successfully blocked that legislation from taking effect which, New Jersey argues, basically has the effect of forcing the state to act by keeping its laws on the books, and forcing the state to enforce the prohibition, thus “commandeering” the state government to act. They argue that that’s “wholly unconstitutional.”

Some additional, key points made by New Jersey on commandeering:

The anti-commandeering principle protects our federalist system of government—and the individual liberty that system is intended to secure—in at least three ways: First, the principle ensures that each level of government remains responsive to the wishes of its respective constituency. Second, the principle ensures that state and federal officials remain accountable for their own conduct. Finally, the principle produces a diffusion of power across multiple sovereigns, which “reduce[s] the risk of tyranny and abuse from either.” Printz, 521 U.S. at 921

On the first point, New Jersey later expands by pointing out that PASPA prevents state legislators from enacting laws that the people want. In 2011, New Jersey voters approved by a 2-1 margin a non-binding state constitutional amendment to allow for legal, regulated sports betting. Yet PASPA bars the state from implementing the law (which NJTHA argues is an abridgement of the people’s liberty).

On the second point, New Jersey argues that because the federal government forces the states to prohibit sports betting, and enforce such measures, or force the states to keep prohibitions in place when the people want them gone, the state governments/legislators are wrongfully taking heat when federal elected officials are actually the ones responsible for dictating the policy. Basically if Congress wants to do make something illegal, often they can, but they have to be accountable for it, New Jersey argues.

And the third point speaks to the issue of federalism and the balance between a federal and state government, and that they should operate separately but keep each other in check.

Later in the brief, New Jersey’s counsel highlights the leagues’ shifting, inconsistent arguments throughout the five-year history of this particular dispute:

The notion that PASPA permits States avenues to repeal their state-law prohibitions on sports wagering was first invented by the Leagues in 2012 as a response to New Jersey’s anti-commandeering argument. Since that time, like a chameleon, the response has continually morphed to fit its surroundings. First, PASPA permitted repeals “in whole or in part,” 41 JA197, but as soon as the 2014 Repeal was enacted, suddenly the Leagues said only “complete deregulation” was permitted, JA100. When the United States rejected that construction, the Leagues shifted to suggesting that a State possibly could “prohibit some but not all forms of sports gambling,” so long as the State’s repeal was not a “de facto authorization.” JA415−16. And now, the Third Circuit has concluded that PASPA might allow a repeal that permits only “de minimis wagers between friends and family” because such a repeal supposedly would have only limited “authorizing effect.”

And then New Jersey illustrates its position (and ours here at SportsHandle) that the leagues are acting hypocritically:

The committee report invokes the football commissioner’s worry that “legalized sports gambling would change . . . the way [NFL games] are perceived,” the baseball commissioner’s concern about “the moral status of sports gambling [being] redefined by legalization,” and a former FBI agent’s suggestion that expanded legal sports wagering might “draw new recruits to illegal gambling.” Id. at 4, 7 (emphases added).

This is likely to come up at oral arguments. We’ve explored Adam Silver’s and the other commissioners’ positions in this article here.

NJTHA’s brief focuses on federalism, the importance of state sovereignty, the leagues’ hypocrisy, and other problems with how PASPA functions

The beginning of NJTHA’s brief points out how an exception carved out in PASPA favors four states, “especially Nevada and neighboring Delaware,” which have full-fledged sports betting and some limited NFL parlay betting, respectively. This creates a “competitive disadvantage,” they argue, which speaks to the equal sovereignty doctrine according to which states should be on equal footing.

And then NJTHA rips into the leagues’ hypocrisy, their (1) support of fantasy sports wagering (daily fantasy sports, or DFS), (2) investments in DFS, and (3) the benefit they derive from it. And later, NJTHA argues that PASPA actually allows the leagues to stifle competition to their own benefit.

Another major argument that may resonate in the Supreme Court is the PASPA’s method of enforcement. The language of the law allows sports leagues to prevent governmental entities from authorizing sports betting. So the petitioners argue that this is basically outsourcing or delegating what the government should actually being doing. So in effect, enforcement by Congress costs nothing. NJTHA writes:

Since States are commanded by PASPA not to permit sports gambling, then, logically, they are being commanded by PASPA to prohibit it. In so doing, PASPA puts a gun in the hands of private sports organizations, such as the Leagues, granting to them the unfettered discretionary power to target enforcement of PASPA against private parties, such as the NJTHA, sovereign States like New Jersey, or both I. See Nat’l Fed’n of Indep. Bus. v. Sebelius, 567 U.S. 519, 581 (2012) (Roberts, C.J., joined by Breyer & Kagan, JJ.) (“In this case, the financial ‘inducement’ Congress has chosen is much more than ‘relatively mild encouragement’ – it is a gun to the head.”).

Conservative members of the Court who believe strongly in state sovereignty will probably be interested in probing this issue. More on this from NJTHA and on accountability with respect to the law:

PASPA further distances Congress from any accountability by vesting private organizations, like the Leagues, with the discretionary power to enforce its provisions against whomever the Leagues choose. 28 U.S.C. 3703. So, not only did Congress shift to the States the obligation to prohibit sports betting, it also avoided any federal cost of ensuring compliance with PASPA’s provisions by granting authority to the Leagues to seek an injunction to force the States to prohibit sports betting.

Vesting the Leagues with the discretionary power to enforce PASPA not only shields Congress from accountability but also poses a danger of arbitrary and unpredictable enforcement. Under Section 3703 of PASPA, the Leagues can pick and choose when they wish to enforce PASPA, and when to turn a blind eye to violations of PASPA. This is exactly what the Leagues have done here.

And some words from NJHTA on hypocrisy and consequences of PASPA:

At the same time as the Leagues have aggressively deployed, under the guise of protecting the integrity of their games and the games of others, their resources to block the NJTHA from conducting sports wagering, they are reaping profits from Fantasy and DFS derived from bets on the performances of players in the Leagues’ games and the games of others. The Leagues’ full-throated endorsement of Fantasy and DFS demonstrates the pernicious consequences that can follow when Congress tries to avoid political accountability for its actions by granting discretionary enforcement powers to private persons who may have self-interests that are at odds with a statute’s, such as PASPA’s, purposes. The Leagues, thus, hypocritically stand before this Court profiting from an activity that 41 PASPA expressly prohibits while at the same time using PASPA to stop the NJTHA from operating a sports betting venue at Monmouth Park that has the potential to save jobs, save the New Jersey equine industry, and preserve open spaces.

Finally, let’s get to Derek Zoolander, which comes late in the NJHTA brief. Referring to a rehearing at the Third Circuit in this case, they write about the court’s interpretation of PASPA:

“The court’s rewrite of PASPA is reminiscent of the proposition that sometimes lawmakers will permissibly seek a “Goldilocks solution – not too large, not too small, but just right.” Arizona Free Enter. Club’s Freedom Club PAC v. Bennett, 564 U.S. 721, 760 (2011) (Kagan, J., dissenting). But the way in which the en banc majority rewrote PASPA is the inverse of a Goldilocks solution: it would be as if Goldilocks were happy sitting in an oversized chair (such as Edith Ann’s rocking chair) or in a teeny chair (such as the ones in Derek Zoolander’s children’s center), but not in anything between these two extremes.

So, this is where things stand. Some pretty powerful briefs, and in October we’ll likely get some strong responses from the leagues and convincing arguments on that side in favor of PASPA. After that, petitioners will have an opportunity to submit another brief in reply, and then oral arguments will follow.

Meanwhile the NFL season is about to kick off, daily fantasy sports continue in full force (and we love them here!), U.S. and New Jersey citizens will place billions of illegal wagers, and the Oakland Raiders are still set to move to Las Vegas. Stay tuned.

Come back after Labor Day when we’ll offer more in-depth analysis in a conversation with a legal expert who’s long followed New Jersey’s efforts to implement sports betting in the state.