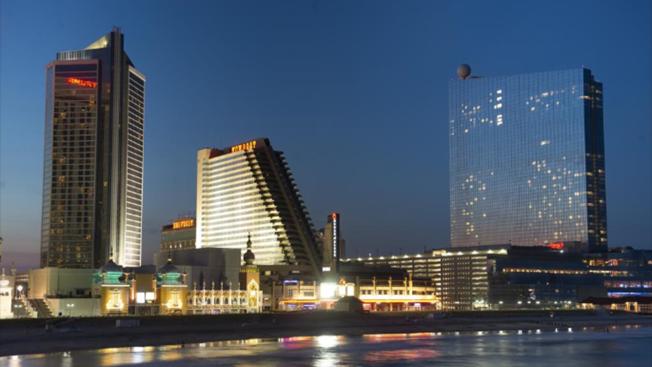 A portion of the Atlantic City skyline.

This is a breaking story and will be updated as new information becomes available.

New Jersey has become first state to pass sports betting legislation in the post-PASPA era today and is poised to become the second state to allow full-fledged sports wagering since the Supreme Court struck down the Professional and Amateur Sports Protection Act on May 14. The New Jersey Assembly on Thursday unanimously approved A4111, the bill that would all for sports wagering on professional and college sporting events at New Jersey’s Atlantic City casinos and racetracks across the state. T

The Assembly vote was 73-0 and took longer than expected due to a broken tally board in the Assembly chamber. The Senate passed the identical sister bill, S2602, in the session that began at 2 p.m., unanimously by a 37-0 vote.

According to a statement released from Governor Phil Murphy’s office late on Thursday, it’s unlikely that the governor will sign the bill tonight, which would have allowed Monmouth Park to roll out legal sports wagering as early as Friday. Murphy, a first-term Democrat, has 45 days to sign the bill.

Earlier in the day, the Assembly’s first order of business was tacking on an amendment that would allow the Atlantic City Golden Nugget, which is owned by Houston Rockets owner Tilman Fertitta, to have sports betting on all leagues except for the NBA. This is a workaround to allow the Golden Nugget to have sports betting, even though it is owned by a pro-team owner, who would have been precluded from obtaining a license in the earlier version of the bill.

Wondering what the holdup is for sports betting to pass in New Jersey? It's because the vote tally board in the Assembly is broken

After the Assembly managed the tallying of the votes, the Senate session reportedly started close to on time and the S2602 was near the end of the agenda.

Delaware became the first state post-PASPA to roll out sports betting when it did so on Tuesday.

I talked to Monmouth Park boss Dennis Drazin in Trenton yesterday & William Hill chief Joe Asher in Dover, DE today. if either has any idea on NJ Gov Murphy's time frame for signing sports betting bill…. well, then they must be deadly at poker. both seem in the dark #sportsbiz

Should Murphy sign the bill, Monmouth Park, as well as Atlantic City, at least at the Borgata, which is owned and operated by MGM and has experienced sportsbook director Jay Rood involved in the mix, are planning to roll out full-scale sports betting on Friday.

The bills moved out of committee in both chambers on Monday.

New Jersey has Been Fighting With the Pro Leagues for Nearly a Decade for the Right to Make NJ Sports Betting Legal.

New Jersey is the state that drove the lawsuit, Murphy v NCAA (formerly Christie v NCAA), that the Supreme Court heard in December. The Supreme Court case was the culmination of nearly a decade of fighting to legalize sports betting in New Jersey.

Evidence of how contentious the fight between New Jersey and the professional sports leagues was over the last decade was evident in committee hearing rooms on Monday. Among the people testifying at the Senate hearing was Major League Baseball Vice President Bryan Seeley. But Gaming Committee Chairman Ralph Caputo (D-28th District) wasn’t interested in what Seeley had to say. Among Caputo’s comments to Seeley’s testimony:

“Why do you think you’re entitled to an integrity fee?” Caputo asked. “After trying to ‘kill us’ from [offering] sports betting, which we had a right to do, as the Supreme Court told us so. What gives you the right other than desire for additional revenue? The tool you’re looking for is money and you’re not getting it in New Jersey. You might as well face that reality.”

And, also directly to the point:

“You guys are in it to make money,” Caputo said. “This is ridiculous. This is hypocrisy to the highest extent. This is crazy. You guys fought us for nine years.”

New Jersey lost numerous battles along the way but it has won the war, and New Jersey sports betting has just about arrived.