That case is Christie v. NCAA (now Murphy not Christie for newly-elected N.J. governor Phil Murphy), in which New Jersey and the major U.S. sports leagues argued in SCOTUS in December over constitutionality of the 1992 federal law PASPA (Professional and Amateur Sports Protection Act). PASPA effectively banned sports wagering in the U.S. in every state except Nevada.

The sportsbook offering the odds, BetDSI, which accepts deposits and wagers from U.S. customers (with certain workarounds), asks: “Will the U.S. Supreme Court Reverse the Lower Court’s Decision in Christie v. NCAA, Which Would Allow States to Legalize Sports Betting?” As of Tuesday, Yes was the favorite (-145) and No given plus odds (+115).

“No one has a crystal ball to predict whether that impact will be a positive or negative one, but we anticipate it will be a bit of both,” said Scott Cooley, a representative for the sportsbook, in a statement . “Online sportsbooks might flourish immediately following a reversal of PASPA, but ultimately might perish as the U.S. establishes sports betting entities nationwide.”

The fate of offshore sportsbooks is obviously unclear at this time. Cooley says the decision will have an “enormous impact” on the company’s future. One result of PASPA is that numerous offshore sportsbooks have taken billions in wagers from U.S. patrons because Americans outside Nevada have turned outside the U.S. to place sports bets. Those books may keep some or many of their U.S. clients if sports betting becomes legal in their home state, or they may not.

Legislation and regulations imposed on legal sportsbooks are rapidly developing in several states right now, including West Virginia, Iowa, Indiana, New York and elsewhere across the country where states are eying sports betting as a source of revenue.

What the Sports Leagues Are Up To Now 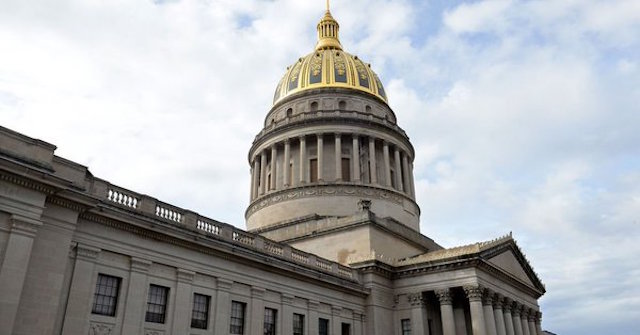 The sports leagues, which are litigants advocating in favor of PASPA, are currently lobbying in favor of legal sports betting in the aforementioned states, but with a catch: They want a 1% cut of sports bets off the top dubbed an “integrity fee,” which is a nebulous and fairly ridiculous ask, as we have argued. Many states are dubious of this fee, which industry folks have argued will hamper if not doom the ability of legal, state-licensed sportsbooks ability to compete with, for example, an offshore book like BetDSI, which do not have to pay such a fee, plus state taxes, plus a federal excise tax, plus satisfy other consumer protection measures likely to be imposed by states.

Elsewhere, participants in PredictIt’s prediction market appear to be more bullish on New Jersey’s chances than the current BetDSI line indicates. The current price of “Yes” on SCOTUS ruling against PASPA is 85 cents, with the price on a “No” just 15 cents. A money line of -145 implies roughly a 60% win percentage.

How About Odds on the Date The Supreme Court Issues It Decision?

You can bet on that, too!  The odds on When Will the U.S. Supreme Court Deliver a Ruling on Christie v. NCAA?

Our guess is April 2 or April 30, based on a review of the pace of SCOTUS decision issue dates over the past three terms. On average over the past three terms, opinions ins cases argued in December have come 112 days after argument, which amounts to roughly 3.75 months. A decision date of March 5 would amount to almost exactly three months after this case’s argument date. (Here you can see the full range of possible dates.)

In addition, a more divided bench typically results in a longer date between argument and opinion, whereas unanimous rulings typically come quicker. Having listened the argument and reading some tea leaves, this one looks like a 6-3 or 5-4 decision (either way, but our sense is in favor of New Jersey), which suggests a longer timeframe. Of course, it depends who’s writing the majority opinion, and we’re not privy to that information.

Note that this case is about much more than sports betting: It’s a Tenth Amendment, federalism, states’ rights case with much broader implications for the interplay between the federal and state governments. So there’s much to consider about the way PASPA works and why it may constitute unconstitutional federal overreach.

All of that said, April 2 looks like a good bet for the date that the Supreme Court may set in motion legal sports betting in the U.S.