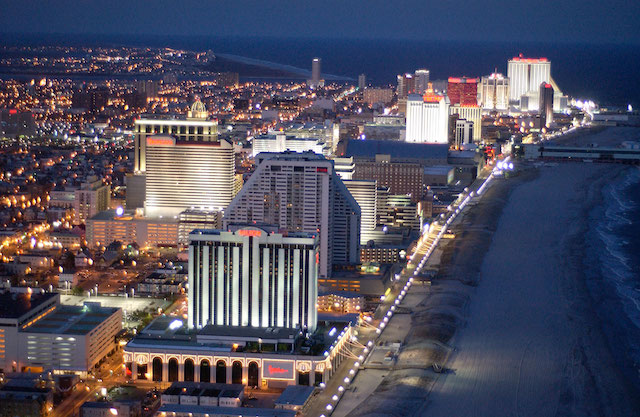 New Jersey’s lengthy sports betting legal battle against the NCAA and major professional sports leagues has major upside for the state, but has come with a multi-million dollar price tag: $7.2 million-plus.

That figure represents the state and state legislature’s legal expenses from 2012 to 2017 in Christie v NCAA (now Murphy v NCAA representing the change in governorship), according to invoices and information obtained by Observer through a FOIA request. Per Observer, the bulk of the fees went to two private law firms — Gibson Dunn & Crutcher (Gibson Dunn) and Gibbons P.C. (Gibbons). Gibson Dunn billed a total $5.6 million to represent New Jersey from October 2012 to August 2017.

Gibbons, which specializes in federal government relations issues, including legislative lobbying and regulatory counseling, billed $1.5 million to represent the state legislature from December 2012 through February 2018.

Gibson Dunn is the law firm where Ted Olson is a partner. Olson has argued on behalf of New Jersey in both “Christie I” and “Christie II” in the Third Circuit Court of Appeals. The leagues defeated the Garden State both times, but the decision in the latter case set the foundation for its arguments in the Supreme Court.

The high court granted New Jersey’s writ of certiorari (petition to have the case reviewed) in June 2017. The tab for Gibson Dunn totals invoices through August 2017, meaning it does not include costs for briefings filed with the Supreme Court from August through December, nor preparation for Supreme Court oral argument or argument itself. I won’t even venture a guess for that three-month bill but wouldn’t be surprised if it’s another $1 million.

Whatever the total expense, it’s money well spent, given Olson’s nearly unparalleled level of experience and knowledge. Moreover, the upside for New Jersey is huge. We don’t have New Jersey’s revenue projections if sports betting were to become legal at its Atlantic City casinos and racetracks and possibly at retail locations, but consider the Massachusetts Gaming Commission’s recent whitepaper. They project that in Massachusetts, in a sports betting regulatory model permitting land-based sports betting, online and at retail locations, state tax revenues of $45.2 million annually.

And oh yeah, who’s footing the New Jersey bills? According to the Observer, the funds come from fees paid by the casino and horse racing industries to the Division of Gaming Enforcement and the Racing Commission.

The legal wrangling between New Jersey and the leagues started prior to 2012, but 2012 represents the start of the litigation that eventually led to the Supreme Court of the United States. In August 2012, the leagues sued New Jersey following a November 2011 ballot referendum in which two-thirds of voters approved a state constitutional amendment to authorize sports betting. The leagues sued around the time that the state’s Division of Gaming Enforcement adopted regulations regarding sports betting. That lawsuit went through federal district court and finished at the Third Circuit Court of Appeals.

A decision in the case is expected before the conclusion before the of the the Supreme Court’s current term in June, but possibly as soon as April 30. If New Jersey wins, the state may take its first legal wager at Monmouth Park Racetrack as quickly as two weeks later.

Predictions for the outcome of the high-priced case? We rounded up a few right here.