Mobile sports betting could be bundled into so-called "Big Ugly" bill, but only as a last resort 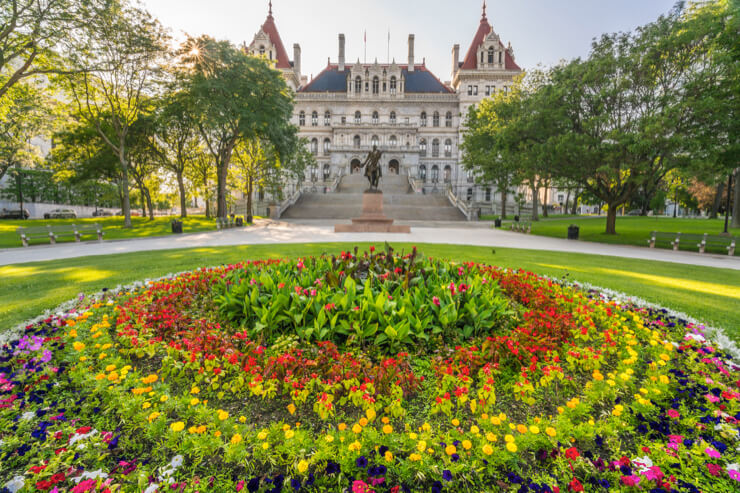 This week, as the New York state legislative session draws to a close, Addabbo’s fortitude could be tested. With at least three days remaining in the session, Addabbo is hopeful that his bill on sports betting can pass in the Senate. In the Assembly, the prospects of passage for a parallel bill authored by J. Gary Pretlow, are less certain.

Since Addabbo became chairman of the Senate’s Racing, Gaming and Wagering Committee earlier this year, he has received strong pushback from New York Governor Andrew Cuomo on mobile sports betting. As thousands of New Yorkers continue to head across the George Washington Bridge to place bets on their smartphones in New Jersey, Addabbo laments the potential loss of millions in revenue to the state. For New York bettors hoping to wager on their phones at the start of the football season, Addabbo and his colleagues have one last Hail Mary.

One practice common in Albany seemingly on a yearly basis, involves the bundling of disparate pieces of legislation into a single bill, affectionately termed the “big ugly.” Earlier this month, the Wall Street Journal reported that legislators may consider adding mobile sports betting in an omnibus bill alongside provisions on other hot-button issues such as climate change and marijuana legislation. Addabbo, however, is proud of the work his staff has done in addressing complex issues related to sports betting, most notably establishing support for gamblers struggling with the pitfalls of addiction.

This week’s State Street column: Get ready for a “big ugly!”

Plus questions about Robert Mujica heading to the MTA board and trivia!https://t.co/iT06JnvghP

Consequently, relying upon an omnibus bill for mobile sports betting might be a last resort.

“It’s a valid, well-constructed standalone bill,” Addabbo told Sports Handle. “The need doesn’t exist for it to be in an omnibus bill, in my opinion.”

Over the last decade, New York lawmakers resorted to omnibus bills on several occasions in order to pass legislation shortly before recess. In 2011, a provision on property tax limits passed through an omnibus bill while four years later legislators bundled a hotly debated bill on rent reform into a larger omnibus bill. At present, Senate Majority Leader Andrea Stewart-Cousins and Assembly Speaker Carl Heastie, both Democrats, have expressed hesitancy in supporting such a bill.

Addabbo would have to read through the language in a potential omnibus bill if a provision on mobile sports betting is considered, he added.

Addabbo’s sports betting legislation, S. 17 D is on the Senate Rules Committee agenda Monday and is expected to come up for a vote on the Senate floor, an Addabbo spokesperson said.