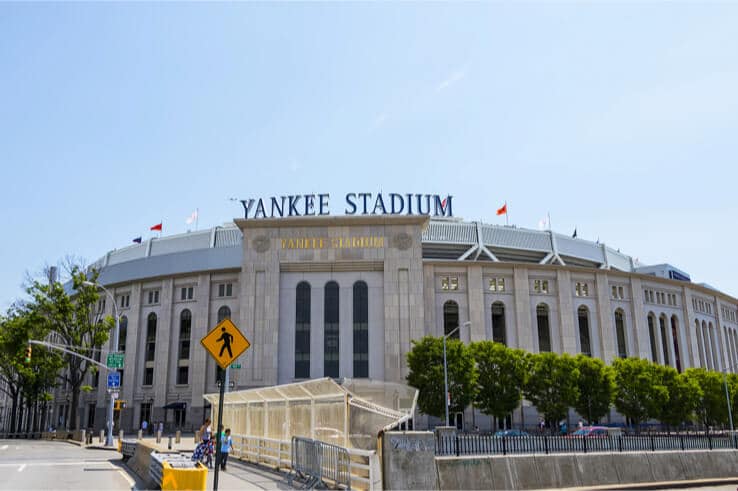 With mere days left in the legislative session, a closely watched sports betting bill passed on Monday in the New York Senate even as the future of mobile sports wagering in the Empire State remains unresolved.

The measure, S 17D moved through the Senate Rules Committee Monday before advancing to the Senate floor for a full vote. As expected, the bill received little opposition in the chamber passing in a 57-5 vote. Ahead of passage, Senator Joseph Addabbo Jr. (D-District 15), the sponsor of the bill, hinted over the weekend that a vote could be imminent.

The bill passed in the Senate without debate. Senators Chris Jacobs (R-District 60), Andrew Lanza (R-District 24) and Kenneth LaValle (R-District 1) were among the few that voted against the measure.

“As the chairman of the Senate Committee on Racing, Gaming and Wagering, I am delighted that the State Senate has taken this important step towards legalizing sports betting via smart phones and other mobile devices,” Addabbo said in a statement. “Permitting this type of wagering holds great potential for creating jobs and raising significant revenues for education, while also credibly addressing the issue of compulsive gambling.”

Although Governor Andrew Cuomo has not said definitively whether he plans to veto legislation on sports betting, he has taken steps to distance himself from mobile sports wagering. Cuomo’s office has adopted the position that a constitutional amendment is needed to legalize mobile betting, a three-year process that requires a ballot referendum. Speaking exclusively to the New York Post earlier this month, Cuomo indicated that he did not expect mobile sports betting to be legalized anytime soon.

During its first year of legalized sports betting, New Jersey has accepted more than $3 billion in wagers statewide. In May alone, the Garden State took in $318.9 mm in wagers, 82.6 percent of which came through online wagers. New Jersey’s fertile online market is a sore subject for mobile advocates in New York given the large number of bettors from the Empire State that have traveled across the George Washington Bridge to place wagers on their mobile devices.

“This is not New Jersey, their state legislature and certainly their governor have been very proactive and because of their proactiveness they have addressed any major issue with their sports betting mobile component and have done very well financially,” Addabbo told Sports Handle on June 16 ahead of the vote.

On Friday, Addabbo filed an amendment clarifying language on whether professional sports venues could serve as an affiliate facility for sports betting purposes. Previously, Addabbo’s bill authorized a professional sports arena or sports stadium to offer sports betting only in counties that did not already have an affiliate. The new language enables every professional stadium statewide to become an affiliate, including Citi Field in Queens and two pro sports venues in Buffalo that would have been restricted under the previous incarnation of the bill.

Over the weekend, a report surfaced from ESPN.com that the Chicago Cubs are considering offering sports betting inside Wrigley Field. The Cubs may consider opening sports betting windows, kiosks and a full sportsbook operation as part of the plans, according to the report.

“I think there’s momentum in stadiums throughout the country, I think there’s been momentum since the Supreme Court ruled last year,” Addabbo said. “That’s why I’ve been questioning why New York hasn’t kept up with other states in terms of mobile and on-site sports betting.”

“I appreciate the work of Assemblyman Pretlow and his team working with my team,” Addabbo told Sports Handle. “We really appreciate them being in lockstep and on the same page with every facet of it.”

Based on conservative estimates, Addabbo’s bill projects that legalized sports betting could bring $10 mm to $30 mm to New York state each year for education purposes. The state could also receive a one-time increase of $48 mm in state revenues from proposed licensing fees by operators.

Cuomo can wait until Dec. 31 to decide whether to sign the bill into law.

“Ultimately, I hope the Governor will choose to embrace the great benefits that sports betting, including the mobile component, will bring to New York in terms of employment, additional funding for education, addressing illegal gambling, and ensuring our competitiveness with other states,” Addabbo said in the statement.