by Matt Rybaltowski
in Legal, Regulation 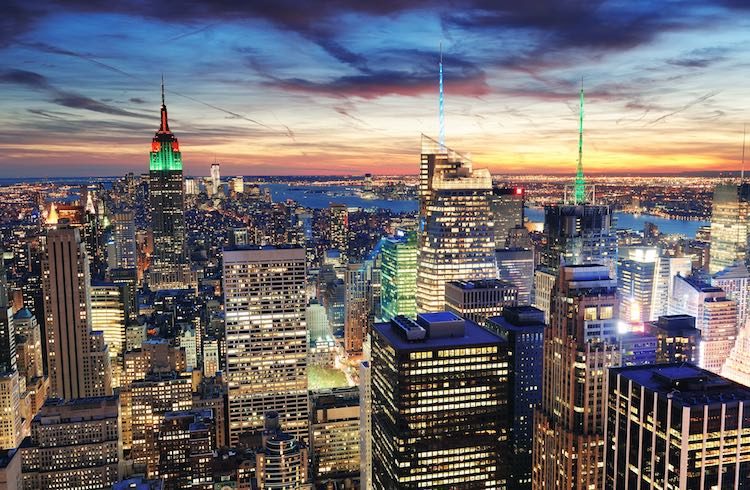 Nearly six months after online sports betting suffered a resounding defeat in the New York Legislature, state senator Joseph Addabbo Jr. is doubling down on efforts to bring mobile to the Empire State.

Addabbo, chairman of the Senate’s Racing, Gaming and Wagering Committee, believes there is a pathway to enable bettors to place mobile sports wagers throughout the state without a constitutional amendment.

Following in the footsteps of three other states, Addabbo is studying whether language in the New York state constitution allows sportsbook operators to offer mobile betting statewide if their mobile servers are physically located inside a casino.

Based upon Addabbo’s reading of the language, a bettor in New York City could potentially place a wager in Times Square on a FanDuel app, even though the FanDuel Sportsbook at Tioga Downs is located more than 200 miles northwest.

“We need to maximize that by using those four sites, putting the servers there and now allowing it to be statewide, so even people downstate can use their mobile device because the server satisfies the constitution,” Addabbo told Sports Handle on the sidelines of the Sports Betting USA conference in Manhattan.

Upon the passage of the upstate New York Gaming Economic Development Act in 2013, New York amended the state constitution and authorized the four casinos to offer sports wagers in the event that a decades-old federal ban on sports gambling was repealed.

“Our intention was never to limit the type of gaming, it was to limit the sites so we didn’t oversaturate the state with casinos,” Addabbo added.

At present, there is a provision in Mississippi’s law that allows bettors to place mobile sports wagers on-premise inside a casino venue. Beau Rivage Casino & Resort, which opened a 7,000-square foot, multi-million sportsbook in August, is expected to launch a mobile app in the coming months. Down the road, Addabbo envisions the potential rollout of an omni-channel solution whereby a player could place mobile wagers on their phone while simultaneously pushing chips on a blackjack table.

“That’s a baby step in the right direction, I suppose,” said Addabbo, a Democrat from Queens.

Gary Pretlow, Addabbo’s counterpart in the state assembly, is not in favor of Mississippi’s limited, on-premise model for mobile betting.

“To me, that’s a little meaningless,” said Pretlow, a Democrat. “If you’re in the casino you can just as easily go to a counter and place a bet, rather than place a bet on your phone. I wouldn’t want to go in that direction, if we’re going to do mobile it has to be statewide.”

Addabbo, too, will not be satisfied if mobile betting is limited to a select group of casinos. He has bolder aspirations.

Over time, as technological innovations modernized thoroughbred wagering, New York often took a legislative route for approving major initiatives that changed the face of the sport. When New York simulcast wagering was legalized on a limited basis in 1984, the task fell to the legislature rather than a constitutional amendment. Similarly, when the New York legislature approved mobile horse betting in 2006 the state constitution was not amended.

In May, Addabbo hosted a closely-watched hearing on mobile sports betting in Albany. During the hearing, FanDuel President and COO Kip Levin testified that approximately 25% of the company’s mobile wagers had been placed by customers who reside in New York. Since then, the figure has increased to roughly 30% of online bets in the Garden State.

Prior to the hearing, attorney Daniel Wallach submitted a written statement to the Standing Committee on Racing, Gaming and Wagering, where he stated his case on why a constitutional amendment is not required to legalize mobile betting in New York. While the New York constitution addresses certain substantive categories such as the sale of lottery tickets, as well as other specific categories of gambling such as pari-mutuel wagering on horse races, it does not address the delivery methods for how a bet is placed, Wallach wrote. A mobile wager is merely a “delivery channel,” for placing certain bets that are already allowed by the state constitution, he added.

But critics of this argument note that its application would lead to an absurd result: that nobody, whether out of state or in state, would be betting from outside New York based on the server location.

The server dilemma in other states

In February 2013, New Jersey passed legislation that legalized online gaming in the Garden State after a previous incarnation was vetoed by former Governor Chris Christie. The law stipulated that all online gaming activities must be transmitted on servers located inside New Jersey casinos in Atlantic City. There is a slight twist in New Jersey regulations that govern mobile sports betting statewide.

The server or other equipment used to accept wagers at a sports pool shall be located in a racetrack or in an Atlantic City casino or casino controlled data center in accordance with section 20 of P.L.2013, c.27 (C.5:12-95.22).

The administration of New York Governor Andrew Cuomo has continually reiterated that a constitutional amendment is needed for mobile sports betting to become available statewide. A spokesman for Gov. Cuomo did not immediately respond to a request for comment.

Cuomo has had a somewhat icy relationship with the gambling industry during his three terms as governor, much like the contentious one his father, former governor Mario M. Cuomo, had with the New York Racing Association over two decades ago. Since the legislative and executive branches of the State of New York were unable to reach a consensus on mobile betting in June, it is difficult to anticipate a different outcome come 2020.

Addabbo remains concerned that rival states, most notably Pennsylvania and New Jersey, will continue to find creative ways to monetize mobile betting while his state lets a golden opportunity pass by the wayside. Under New York state law, a constitutional amendment must be passed by two consecutive sessions of the state legislature before appearing on a ballot referendum the following year. Advocates of mobile betting in the legislature do not want to wait three years before legalizing the activity in New York.

“By sheer numbers, we’re wasting three years. It’s a three-year process and that’s three years that other states will leapfrog us and pass us by.” Addabbo said. “We lose that revenue, that educational funding and jobs. I don’t think we need it.”

“Until you do a constitutional amendment, we can satisfy the constitution by putting the servers on the land of the four casinos.”