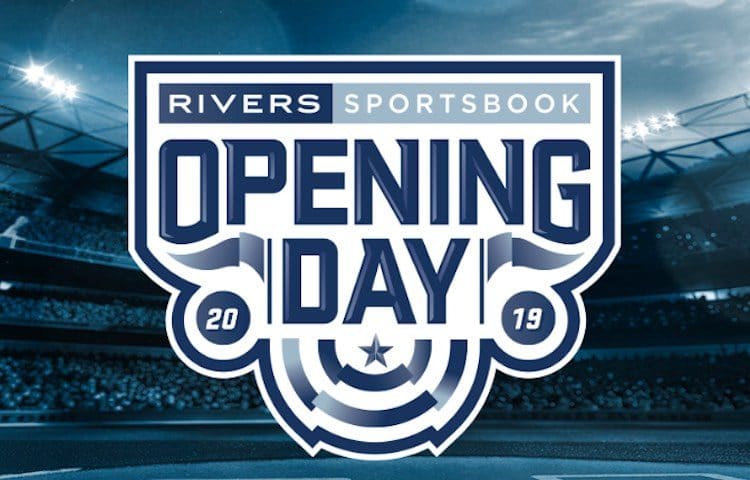 New York became the 10th state nationwide to accept legal sports bets on Tuesday when a sportsbook inside Rivers Casino & Resort in Schenectady opened its doors. A bevy of politicians, former athletes and other luminaries took part in a ribbon cutting ceremony on Tuesday morning at the 5,000 square foot lounge.

Assemblyman Gary Pretlow placed one of the first wagers at the sportsbook, a $20 bet on the Seattle Mariners in Tuesday evening’s matchup against the Oakland Athletics. When Pretlow made the bet, odds for Tuesday’s Yankees-Rays’ American League East showdown in the Bronx had yet to be posted.

“We couldn’t be happier for our great community partner Rivers Casino & Resort,” McCarthy said in a statement. “It is indeed an historic day not just for the state of New York, but for the City of Schenectady. As Rivers Casino grows, so does its positive impact on our community. The opening of Rivers Sportsbook will surely attract even more guests to the property and to our great city.”

Rivers Casino in Schenectady is set to be the first casino in New York to launch sports betting! I got a first look at their NEW sports betting lounge—check it out on my latest Times Union Blog at https://t.co/FCSc1l0PqR pic.twitter.com/j4MxzFCuJg

New York joins Arkansas, Delaware, Mississippi, New Jersey, New Mexico, Pennsylvania, Rhode Island and West Virginia in a group of states that has began accepting legalized wagers on sports since the Supreme Court struck down a federal ban on sports betting in May 2018.

Just made the first legal sports bet in NY at @RiversCasino_NY sportsbook opening. This time next year, I plan to do the same for mobile. pic.twitter.com/obXvnpDmAN

Rivers Casino, which is located approximately one mile from the Gaming Commission’s office in Schenectady, received final approval from state regulators after completing the license application process earlier this month. Despite the opening, mobile sports betting in New York may still be years away. Gov. Andrew Cuomo’s office has taken the position that mobile sports wagering requires a constitutional amendment, a process that takes a minimum of three years.

A constitutional amendment first needs to be passed by two consecutive sessions of the state legislature before appearing on a ballot referendum the following year. Although Addabbo’s standalone bill passed in the Senate by an overwhelming margin, a mobile sports betting provision effectively died when the Assembly failed to hold a vote on similar legislation before the end of the session.

For now, legalized sports wagering in New York is limited to the Upstate casinos.

Oh and I got to meet one of the #Yankee greats, Bucky Dent, today! He came out to #Schenectady to celebrate the opening of @RiversCasino_NY’s Sports betting lounge. pic.twitter.com/oYGFVSdDII

A third Oneida Nation property, Yellow Brick Road casino in Chittenango, could open a sportsbook later this summer according to the report. In January, the Oneida Nation reached a deal with Caesars Entertainment to operate retail sportsbooks at the three casinos.

In total, nearly a dozen Upstate casinos could offer legalized sports betting over the next 12 months. The Saint Regis Mohawk Nation has announced plans to open a sportsbook at a casino on the Canadian border, while the Seneca Nation is considering the addition of sports betting at three western New York properties.

The sportsbook lounge at Rivers Casino is powered by supplier Kambi and Rush Street Interactive.

“We’re so proud to be the first gaming operator in New York to take legal sports bets,” said Rivers Casino & Resort Acting General Manager Justin Moore. “Many people worked very hard to make legal sports wagering a reality in New York State, and we thank all of them for their tireless efforts and dedication.”