Yes, the overall lobbying industry is gross, but the NYT misleads by painting sports betting as the bad guy 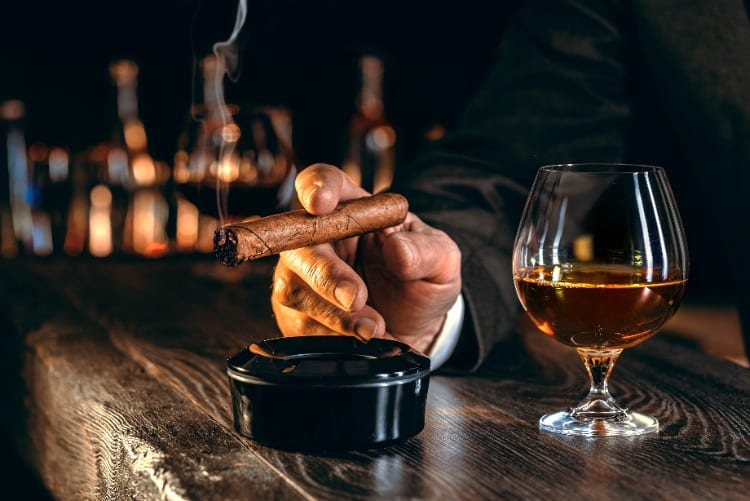 Oh, those rapscallions at The New York Times, spending a year of their lives working on a giant sports betting investigation that reads like a treatment for a Martin Scorsese film starring Robert De Niro and Joe Pesci.

Listen: Sports betting ain’t tiddlywinks, we all know that, nothing to see here. We all know there are dangers and pitfalls, we all know big money is involved, we all know not everyone — or more likely, anyone — involved in the business is in it for altruistic purposes.

But to think the sportsbook operators are alone here, as the NYT investigation would lead you to believe, is laughable. This could’ve been an awesome takedown of the lobbying industry as a whole, but instead, it used the way lobbying is done in this country to sully the good (enough) name of sports betting.

Anyone who turns on the TV today is likely to see an ad for sports betting. Virtually overnight, sports betting has gone from being mostly illegal in the US to being everywhere.

Today @nytimes is publishing a 4-part investigation into this industry. 🧵🧵 pic.twitter.com/i70cb5yh2e

Lobbying is at the core

“Whenever there’s any big issue going on in Trenton, any big bill, you are going to have all the giant interests come out of the woodwork,” Micah Rasmussen, the director of the Rebovich Institute for New Jersey Politics at Rider University, told me. “And they’re not going to hire just one lobbying firm, they’re going to hire every lobbying firm on State Street. They’re going to pull out all the stops.

“Where there’s big money involved, and big money to be made, there is going to be big money spent on lobbying and influencing,” Rasmussen continued. “That’s the way Trenton works for sure, and I have no doubt that it’s similar to the way other state capitals operate.”

And due to state laws, the “influencing” can take on many forms.

For instance, the NYT piece leads with an anecdote concerning the “30-year Redbreast Irish whiskey” and “Don Tomas cigar” handed to state Rep. John Barker of Kansas by a lobbying firm that had “recently turned to Mr. Barker for help legalizing sports betting in Kansas.”

Well, it’s not unseemly, at least by Kansas law. In that state, according to the National Conference of State Legislatures, “No state officer or candidate shall accept, and no person with a special interest shall offer or give, any hospitality with an aggregate value of $40 or more per year, if a major purpose of the donor is to influence the performance of official duties.”

But guess what? Food and beverage don’t count, according to the NCSL’s description, which states that “hospitality of food and beverages are presumed not to influence” in Kansas.

So the lobbying firm, based on the law, may as well ply Barker with his whiskey and cigars of choice, be it if they’re talking to him about sports betting (ewww) or puppies with three legs (awww).

man the nyt really does not like sports betting

“This story could’ve been a description of any industry, during the discussion of any industry-changing bill, and you’d see the same pattern of buying access and big spending by multiple lobbying firms,” Rasmussen said in our interview.

“And you don’t just hire one, you hire a Democrat and a Republican firm, and sometimes — oftentimes — multiple firms. It’s the time to do it when you have a big, industry-changing bill like this. That’s when you pull out all the stops. It’s not like you regularly engage in this much access or this much influence. You buy it when you need it. Or more precisely, you rent it when you need it. You can hire the firm for this year, because this year is when your big bill is coming up.”

Former state Sen. Ray Lesniak of New Jersey (De Niro would be perfect, IMHO) is widely credited — and rightly so — with pushing the legalized sports betting rock up the hill. When he saw the NYT story Sunday, two items immediately came to mind.

“My first observation was, ‘Wow, what have I unleashed on America?’ But the article points out obvious problems that other states have had to deal with,” Lesniak said, “And the other observation I had was this: I didn’t even get a good bottle of Bordeaux. When I started this no one thought it had any chance of success, so they didn’t have to ply me with anything.”

Lesniak’s wit was on full display here, but, while funny, he was being serious.

“I must emphasize none of that went on in the state of New Jersey in regard to sports betting, because all these companies that are now making billions of dollars off of my efforts never thought this would ever happen,” he noted.

New Jersey, however, has rather strict laws when it comes to gifts of any kind bestowed upon a legislator: They have to report it. Many states are similar in that regard.

“The theory is we can follow those gifts back to the votes they’ve taken,” Rasmussen said. “And if there’s something that they did that was less than ethical, the public will be able to decide that for themselves.”

But as with anything concerning the intersection of politics, money, and influence, there are shortcuts, as Lesniak points out.

“In my experience, the influence peddling on any significant bill that has an economic impact on an industry is basically done through campaign contributions,” Lesniak said.

I immediately came back at him, pointing out that that’s no better or worse than a whiskey and a cigar.

“I happen to think whiskey and cigars are a little more unseemly than campaign contributions,” Lesniak said. “That’s two vices instead of one.”

The main piece among four lengthy articles published by the NYT Sunday was a well-reported journey into the dark underbelly on political sausage-making, but it read (especially, I imagine, to the uninitiated) as a takedown of the sports betting industry itself.

Compounding matters were other stories written as part of the package that were clearly takedowns of the sports betting industry. Those included a feature on Barstool Sports leader Dave Portnoy, whom the Times states is “known for his misogynistic and racist behavior,” and an article examining how sportsbooks and colleges have formed some not-quite-holy alliances.

Frankly, much hay can be made about both those stories, so have at it, NYT.

And I’m not even going to get involved in — as others have pointed out — the objectively good parts about sports betting being legalized. I’ll leave that to others.

Rather than write up my own thoughts on the NYT series, I think this pretty much sums it all up pretty well… https://t.co/xJkhLAcnm5

Pass the whiskey and cigars, please. I need to get in on this lobbying/politics business. What a racket.