With a new NFL betting season on the horizon, here's a look at my week-to-week diet 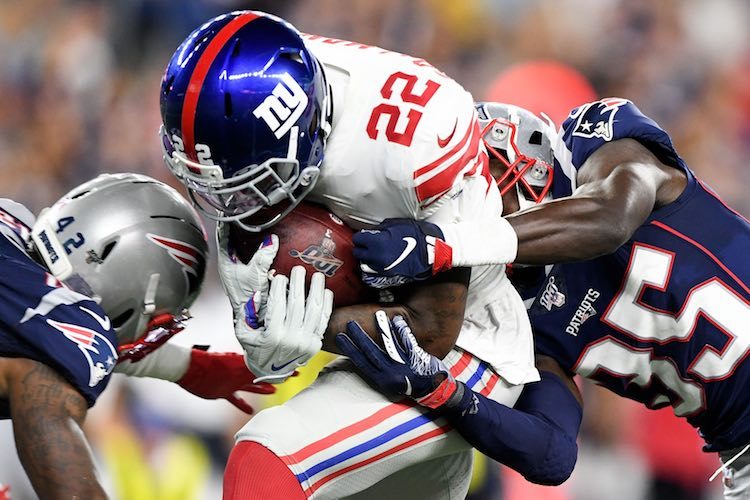 Mercifully, Earth’s spinning has now delivered us less one week away from the first game of the 2019 NFL season on Sept. 5. Previously I’ve written about why I gamble, primarily on NFL football, but only touched on the 22-week long grind and flexible adherence to a routine preparing for each week’s slate of games. This article is not a “Dear Diary” entry, but offered to give you a look at a laborious but manageable routine for a football-obsessed working father (a 1-year-old boy), husband and son.

My NFL betting routine consists of intelligence gathering — “nuggets” of information, factoids and observations, material that has predictive value. It’s not necessarily a formula for success, but an outline from which you may glean some useful materials and practices. It’s designed to squeeze the most quality information from a limited amount of time. With that, we’re off.

Managing 3 TVs and 8 games with no assistance is hard work. pic.twitter.com/q4pA9X8exp

First things first: Before the season, my process involves reading the Football Outsiders Almanac and taking notes. It’s dense and takes a while, but is well worth the effort to collect a massive amount of base knowledge about each NFL team going into the season. More importantly, in the couple of months before the season, I get back into the habit of making the bed every day, and put in quality time with my wife and generally build enough marriage equity to last an entire season with some additional effort throughout.

One more preliminary note: Much of my betting attention is devoted to a total of about 15 pick ‘em and survivor pools, which require an up-front fee and last the season, rather than week-to-week wagers. I said most. There’s still plenty happening every Sunday.

– Begin a new Google document entitled “Week 2 Nuggets,” or whatever week it is of the NFL season. Write or copy/paste all relevant information about the forthcoming week or the week that was into this document, which typically turns into about 15 pages. Each document is a clean slate, a new dossier for review and consideration later in the week.

– Read Football Outsiders’ article “Audibles at the Line,” published Mondays, which is a compilation of their staff’s (often amusing) emails about the games that they’re watching. “We share information about the games that the rest of the group might not be watching, ask questions, and keep everyone else informed about which games they might want to tune into (if they can),” the group explains. I find reading these notes is a good way to stay plugged into an average of nearly 800 minutes of football each week.

– Listen to the “Bet the Board” podcast (posted Monday late afternoons) hosted by Todd Fuhrman, who has so many jobs and a depth of knowledge about NFL that I can’t imagine he sleeps more than four hours a night.  Monday’s edition is a recap of the Sunday action and a Monday Night Football preview. Obviously, next, watch MNF.

– Read “What We Learned” about Sunday’s games by the NFL.com staff. Quality and useful insights. Don’t just move on to the next week — absorb what happened and why.

– Assess injuries, try to guess the coming week’s lines/spreads before looking. Make any early bets that look spicy and appealing.

– Largely a recuperation and reflection day. Assess possible public overreactions to last week’s games, and preliminarily identify games where overreactions may seep into the line, and watch for any line movement.

We're finally closing in on the kickoff of the season. That means there's only a little over a day left on the Early Bird special for fantasy @SharpFootball… The Worksheet, multiple weekly private chats with myself for all things FF related and more… https://t.co/bN7fKp7kla

– Listen to the Thursday edition of the “Bet the Board Podcast,” as well as Ross Tucker’s “Fantasy Feast” (with Evan Silva) and “Even Money” (with Steve Fezzik) podcasts. I try to listen to most of the podcasts covering NFL in this podcast rundown, or as many as possible, but life and obligations inevitably get in the way. My 1-year-old son learned the English language in his first year of life by listening to these podcasts with me during late night and morning feedings.

– Watch the “Thursday Night Football” game, ignore people who complain about the low qualify of football on Thursdays, scour Twitter and read articles by local beat writers for insights about the team, players, coaches, etc.

– Read Evan Silva’s “Matchups” column. Like Hribar, Silva used to write for Rotoworld before undertaking a new venture, launching a new football-dedicated (subscription) website “Establish The Run” with Adam Levitan. They built a stable that produces great articles and podcasts. Levitan and Silva make an excellent pair and it’s a recommended subscription.

– Check ESPN Chalk for the latest information — and nuggets!

If @ccarson_32 is the 24th RB off the board, are we calling it a #StretchOrSteal?

– Take care of any/all household, marital and familial responsibilities. I made a choice a while ago that I would fanatically follow NFL and to a much lesser extent, college football. I socialize on Saturdays, sometimes miss big games, and then Sunday is MY day. We all make choices and sacrifices.

– At night, review my “Nuggets” document. Take notes upon notes.

– Exercise in the morning, preemptively burning calories in 60-calorie increments (buffalo wings), and run any errands before spending a solid 13 hours on my behind in front of my 3-TV setup, laptop on thighs, mobile phone (second, or fifth?) screen in hand, Giants jersey on, cold beer nearby. Life is good.

– Active Football Zone with NFL Sunday Ticket and absorb as much football as possible — the Giants game in its entirety and otherwise scanning games (and the Red Zone channel), focusing on those with significant wagers on them and the most fantasy football implications, without discriminating against bad football games because bad football often produces good betting opportunities.

– For the Sunday Night Football game, watch second half in bed and after the game concludes, tabulate outcome of wagers, update spreadsheet tracking NFL pools, review fantasy match-ups, contemplate the meaning of life, start the next ‘Nuggets’ document, put on NFL Network, kiss my wife, and drift away to asleep.