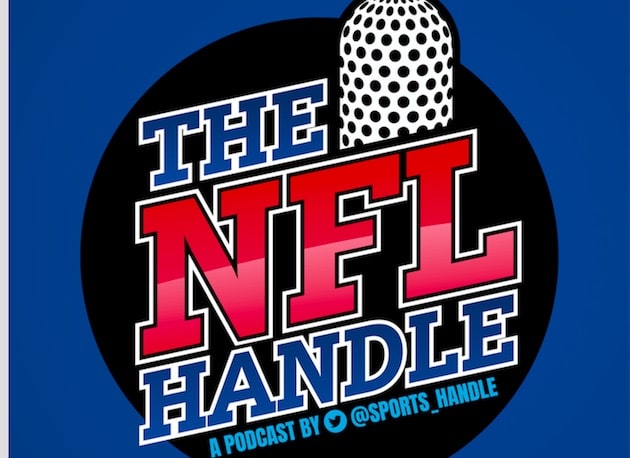 On The NFL Handle, Las Vegas-based sports talk voice Matt Perrault and veteran bookmaker Robert Walker of USBookmaking dive into select NFL games, line movements and bookmaker liabilities, plus greater sports betting topics and stories that may have nothing to do with football. Walker has seen it all behind the counter and Perrault the same from behind the microphone, so they’ll have you prepared for anything.

NFL Week 2, also known as “overreaction” or “adjustments” week, has arrived. In Week 2 we’ll see an AFC Championship rematch with the Patriots -1.5 at the Jaguars, the defending Super Bowl champion Eagles -3 at the Tampa Bay Buccaneers — who just beat the Saints outright in New Orleans as a nearly 10-point dogs — and various other lines of interest. How will the Lions and Bills respond after their respective debacles?

Spotify fans go here to listen. Link coming soon for iTunes listeners. Time codes for the episode follow below. Your comments are welcome at @sports_handle.

0:35: Reflections on Week 1, the excitement of the first kickoff and how the sportsbook fared.

1:35: “Automatic” plays — a viable strategy? Not all home dogs have the same bite.

7:17: Miami Dolphins +3 at New York Jets — a line that’s bounced around a bit. What should the line actually be and where might it go?

11:30: Los Angeles Chargers -7 at Buffalo Bills — typically it’s elite teams that open as 9 point favorites on the road. Bills rookie QB Josh Allen will start his first game for Buffalo, who will probably have the backing of the “pros.”

14:52: Detroit Lions +6.5 at San Francisco 49ers — both teams coming off disappointing (or extremely disappointing) performances. Line’s moved based on how bad the Lions looked. Early marriage trouble for Matt Patricia and Detroit.

21:00: Cleveland Browns +9  at New Orleans Saints —The Browns, off to their best start since 2004 (0-0-1), visit the Saints, who at least showed up offensively in their Week 1 defensive faceplant.

23:40: Arizona Cardinals +12.5 at Los Angeles Rams — Just how good are the Rams? So far they’re gobbling all the wagers.

26:53: A few words about environment and atmosphere — with a major hurricane, Florence, set to hit the East Coast.

33:25: New York Giants +3 at Dallas Cowboys — Cowboys are in trouble. Giants are the play.

35:30: Green Bay Packers at Minnesota Vikings (off the board): Aaron Rodgers, worth about 6 or 7 points, most likely will play.

38:30: Houston Texans -2 at Tennessee Titans — another quarterback injury question hangs over this AFC South contest with Marcus Mariota (elbow) not a lock to suit up.

41:00: Kansas City Chiefs -4 at Pittsburgh Steelers —  Are the Chiefs really good or the Steelers not so good? Highest total on the board in this game (52.5).

42:50: Favorite play of the weekend! Or at least the most interesting and probably the biggest decision of the week. The defending Super Bowl champion Philadelphia Eagles are (just) a 3-point favorite on the road against Tampa Bay? Also looking hard at Arizona and perhaps giving the Raiders a second chance.

48:40: Bonus bookmaking question about Canelo vs. GGG Part II and discussion of “open scoring” in boxing.

Thanks for listening and see you back next week, tell a friend, sign up for our newsletter and also check out our Cover City Podcast, featuring sports bettor Eric Rosenthal.