NFL Injuries and Sports Betting: Audibles at the Sight of Line Moves 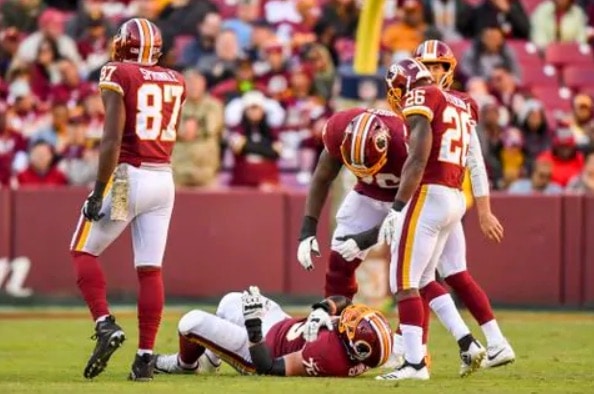 Handicapping football injuries in the NFL, although similar to parsing less abundant injury information in the college game, requires a unique skill set and approach. It’s also an absolute imperative for any serious bettor as NFL lines have become sharper and less elastic in the information age.

Andy Iskoe of the Logical Approach, a handicapping and sports research service, has analyzed such injury information and contextualized it as long as he’s been in the business. The longtime Las Vegas professional handicapper, podcaster and featured columnist for numerous sports betting publications including Gaming Today, examined this topic for Sports Handle recently.

Iskoe says experienced handicappers and bookmakers sometimes assign a point value to each position if a starter is injured, but that in the pro game, as one would expect, most adjustments in terms of the point spread revolve around the quarterback.

‘Signal and the Noise’:  Not All NFL Injuries, Backups Are Created Equal, and Other Principles for Successful Handicapping

“Keep in mind that the point-spread adjustments are usually based on the perceived value of the injured player in relation to his replacement,” Iskoe said. “We all know that the Green Bay Packers’ Aaron Rodgers is an important player. It’s the difference between Rodgers and his replacement (this year DeShone Kizer, last year Brett Hundley) that causes the point spread change.”

“Aaron Rodgers would produce a seven- to 10-point odds swing by most bookmakers in relation to an untested backup. When Wentz, a rookie last year, went out for the season, Foles, an experienced veteran was ready to step in, so the odds were adjusted to a lesser degree,” Iskoe said.

Following line movements in relation to injuries lets a handicapper decide how much a dropoff from starter to backup means, Iskoe explained. A multi-year backup, although, perhaps, not as competent as a new backup, may be more familiar with the team’s offensive scheme, so sharp bettors will take that into account, as well.

“For the most part, quarterbacks are 90 percent of the reason a line is adjusted. Other factors that I don’t think get enough attention in line moves include cluster injuries, such as multiple players on the offensive and defensive lines and the defensive backfield. As in college football, pay attention to those,” he said.

As indicated, cluster injuries refer to multiple injuries within the same positional group. Multiple injuries create cohesion and communication problems for the players, separate from the dropoffs from starters to backups.

For example the Washington Redskins’ offensive line is currently a MASH unit, having lost now three starters for the season  — both starting guards Brandon Scherff and Shawn Lauvao to knee injuries and rookie tackle Geron Christian, while in addition, starting left tackle Trent Williams remains on the mend after surgery for a dislocated right thumb. Last week, the team was forced to sign three lineman who had yet to play this season. (Nevertheless, Washington found a way to beat the hapless Buccaneers, who astonishingly turned 501 total yards and 29 first downs into just three points.)

One item overestimated by novice bettors? Injuries to popular fantasy football players. There aren’t many skill-position players who can or should impact the point spread more than one point. Consider the Pittsburgh Steelers backfield. Due to All-Pro running back Le’Veon Bell’s ongoing holdout, the Steelers discovered his more-than-capable, though admittedly less talented, replacement in James Conner. The NFL has become a passing league and most teams have competent backups for popular non-quarterback fantasy stars, even All-Pros.

From The Aftermath: The #Chargers lost one of their key cogs on defnese, with injuries sending LB Denzel Perryman into surgery. pic.twitter.com/Osuy25WUte

As for collecting injury information, Iskoe relies on team websites in addition to league reporters who cover teams and use Twitter to post information. “I use Twitter to follow outlets that have a specific reporter assigned to a specific team,” Iske said. “These guys are there every day and usually know what’s going on.”

He warns that many injury-specific websites merely collect information from Twitter feeds and the information can get dated quickly. It’s much more effective to follow these feeds yourself.

“Keep in mind that many injury reports from the league itself can be, I don’t want to say bogus, but can be incomplete, and I hate to say misleading. … Bill Belichick listed Tom Brady as having a shoulder injury for years, but when the games were played, he was out there and usually won,” he said.

Iskoe advises to track games you may want to bet during the week. “If [the spread] is 6 all week and then goes to 6 ½ on Thursday, it’s best to find out why. If it’s because of an injury then you can evaluate the line move and determine the value of the player yourself.”

He continued, “I also evaluate injuries in terms of my opinion of the coach’s ability to deal with them. If it’s Belichick, well, he can deal with anything. If it’s Todd Bowles, a coach I don’t think much of, he would have a harder time dealing with an injury.”

A new handicapper should know, Iskoe cautions, that although a bookmaker may seem to be incorporating injuries into a line, sometimes, they’re just guessing like the rest of us. Evaluating injuries is one of the many nuances of handicapping. Newer handicappers may want to wait until they feel they are more experienced before adding this element to their handicapping skill set.

“Bookmakers and bettors know that a starting quarterback injury is going to have a negative effect. Just how many points is where the guesswork comes in,” he said.

He continued, “Remember, in the old days lines were set forecasting the way the public was expected to bet. Now, with computers and the Internet there are more statistics out there. It’s the evaluation of these statistics that determine what the opening line should be and they are much sharper than they have ever been. So, now it becomes a situation where you are evaluating the non-statistical intangibles. The effect of injuries is one of these intangibles. It’s something that’s intuitive. Simply put, an A to a B quarterback is worth a field goal and an A to a C, a touchdown. But, again, it boils down to what you think of that backup.

“Statistics can only tell you what has happened, not what will happen,” he stressed.

Final advice from Iskoe comes from a topic he addresses on his weekly appearance on Marc Lawrence’s well-regarded “Against the Spread” podcast. He notes that new handicappers can track the effect of injuries by closely monitoring line moves themselves. He notes that some books, such the Westgate SuperBook, put out an NFL line nearly two weeks ahead of the games and accept limited action on them before taking them down after a few days.

Iskoe explained, “For example, in Week 5 you could bet Miami +4 against Cincinnati using this early line. Then after Miami lost to New England and the Bengals nipped Atlanta in the last seconds, the line opened with the Bengals as 5 ½ point favorites. Then, that line adjustment was apparently not enough because the game moved [that Wednesday] to 6 ½ points and went back to 5 ½ on Thursday. It was a a 2 ½-point adjustment overall, largely attributable to intangibles including injuries.

The Week 3 game where 49ers QB Jimmy Garoppolo was hurt late against the Chiefs is another example. Ten days earlier, the 49ers were 4 ½-point underdogs against the Chargers in Week 4 against San Francisco in Los Angeles. When the line went back up after the injury, the Chargers became 9 ½-point favorites. Garappolo caused a five-point adjustment and the line closed at 10. Ultimately the 49ers only lost by two, with second-year backup C.J. Beathard outperforming his apparent reputation.

On the flip side, a QB’s lack of experience also means a lack of game tape for an opponent to evaluate. The team turning to a backup may also install a brand new game plan that will require an opposing defense to make in-game adjustments.

Reputation, statistics and injuries — they’re all pieces of the handicapping puzzle. Practice measuring all these elements does not make perfect, but it will make for overall better handicapping.