Here’s What Betting Is Like in London for NFL Games 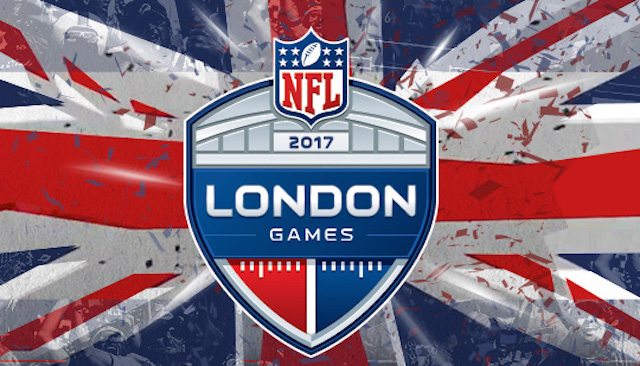 On Sunday the Baltimore Ravens will “visit” the Jacksonville Jaguars at Wembley Stadium in London (kickoff at 9:30 a.m. ET) for the first of four NFL games scheduled in the United Kingdom in 2017. Anywhere and everywhere in London, including outside Wembley, adults 18 or older can wager on the game.

Or people can bet on soccer, basketball, floorball, e-sports and table tennis, everything short of cockroach racing. It’s a whole different world across the pond where people in the industry view the anti-gambling U.S. climate with “disbelief, confusion and a large dose of ridicule,” per RedZoneSports sportsbook co-founder Stephen Baumohl. RedZoneSports is licensed and regulated by the U.K. Gambling Commission and focuses on American sports, and also publishes a variety of articles about the NFL, MLB and the NBA.

SportsHandle’s conversation with Bauhmol (conducted over e-mail) covers a range of fascinating topics like Londoners’ attitudes toward (American) football and the ease of placing a wager in the London, where there’s a highly saturated market filled with sophisticated bettors.

SportsHandle (SH): What’s the general attitude toward American football in London? Do most sports fans understand the game or enjoy the game?

Stephen Bauhmol (SB): There is actually quite a big divide between people here who have at least a basic understanding of the sport and those that don’t. We seem to find that the ones who have never learnt the basics are quite dismissive of American football and those that do understand are staunchly protective. I have witnessed many (friendly but) ‘heated’ discussions about the validity of the sport along these lines but the good news is that people here tend to convert very easily once they begin to understand the game. I have many friends who originally laughed at my interest in American football but are now huge fans and that seems to be the pattern in general.

SB: There is definitely a spike in volume around the London games and not just for the game itself, interest seems to spill over to the other games on the day as well. The busiest games by far are the games shown on TV over here, as you would expect, and a game in London will generate about twice that turnover.

SH: How does the betting volume on NFL games in general compare with the volume you see on EPL games, or other high-volume sports?

SB: For us, as a specialist American sports company, the NFL volume is bigger than EPL games but generally for UK bookmakers EPL far outweighs NFL in turnover. My guess would be that EPL is 30 times bigger than NFL for the UK betting industry.

SH: Can you describe the availability of sportsbooks online and at brick-and-mortar parlors or kiosks around London? Is it easy to register to make a wager and other transactions?

SB: It is incredibly easy to get a bet on in the UK. There are a huge number of online bookmakers and there are ‘betting shops’ from one of around 20 different ‘brick and mortar’ companies within walking distance of almost anywhere; certainly in London where it is not uncommon to have streets with 5 or 6 betting shops. The UK is the most saturated market in the world from a number of bookmakers point of view and also the most sophisticated in terms of the gamblers themselves.

SH: Has interest in NFL betting increased, decreased, or stayed the same since the league began the international series at Wembley Stadium in 2007?

SB: It has been on the increase since then without question and probably exponentially too. It is the fastest growing spectator sport on the TV channel that carries it (Sky Sports) and that is probably helping to fuel the betting increase.

SB: To be honest, it is a subject that is always met with a combination of disbelief, confusion and a large dose of ridicule.

SH: Can you describe the general attitude of the EPL and other major Europe-based leagues toward sports betting?

SB: Most major, and even minor, sports leagues and governing bodies accept that betting is a large part of the interest in their respective sports and therefore there is cooperation and alliances with the betting industry. Most sports have memoranda of understanding with the betting industry which allows for reporting of unusual betting patterns; the first line of defense in any ‘corruption’ suspicions. The betting industry also provides a huge amount of revenue in sport through sponsorship. At the same time there are restrictions, for instance, professional footballers are not allowed to bet on football but are allowed to bet on other sports.

SH: Does the NFL have any requirements that impact the way that local sportsbooks operate (online or at physical locations) when NFL games take place in London?

SB: I am not aware of any restrictions. Wembley stadium does have betting windows within the stadium and these were open for the first few games in London but were since required to be closed. I am not sure if that is still the case. The NFL does still put restrictions on broadcasters over here when it comes to referring to betting and certain forms of advertising and sponsorship but on the whole, there is no interruption to the regular betting week.

SH: How frequently does RedZone observe irregularities in wagering that causes you to examine if there might be some kind of fix? If or when that happens, what do you do?

SB: As mentioned above, if there are obvious irregularities we may report it to the relevant sporting body but so far that has never been required; at least not by us. There is also the provision to withhold payment on winning bets pending an investigation into any potentially fixed event but again, we have never taken that action.

SH: What new technologies have improved the way you guys do business and the type of options or enhancements you’re able to provide to your clients?

SB: In-play is now a huge part of turnover, around 50%, and the more we have prices available during matches the better the service and turnover. In order to do that we need low latency, accurate data feeds and this is where technological advances are really helping to increase the products we can offer during games.

New to SportsHandle? Check out our “Complete Idiot’s Guide to Sports Betting’s (Possible) Legalization in the U.S.” and bookmark our betting legislation tracker to see the latest legislative developments regarding sports betting in your state.