Get A Grip: The Week In Sports Betting: The NFL Season Has Arrived 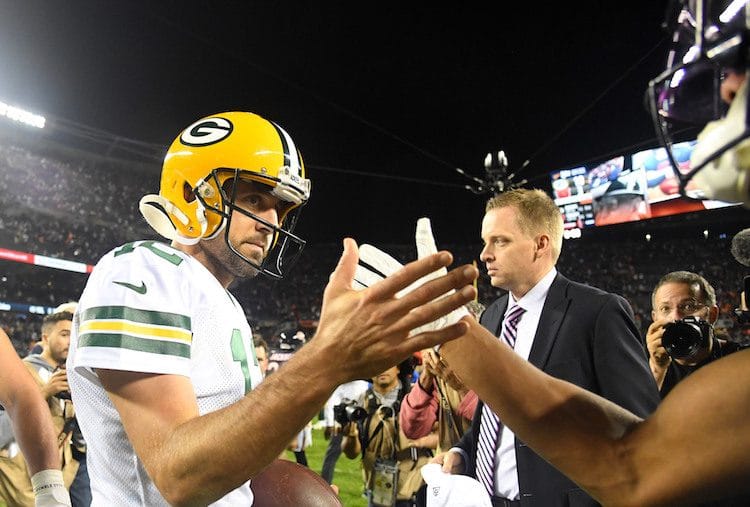 Following no action at a court hearing on Wednesday, the Rhode Island Lottery went live with sports betting via its app and SportsBetRI.com website. Would-be bettors must register in person at either the Twin River or Tiverton casino before being able to use the app or website. Downloadable forms are available on the website. However sources and observers say things were not quite working as planned on launch day.

Was done there last night. A lot of technical issues to work out especially if you have an android phone. Very little response on the first day. People I talked to don't like having to link a debit card to your account.

Still, when it went live, Rhode Island became the fifth state since the fall of PASPA to launch state-wide mobile sports betting, following Iowa, New Jersey, Pennsylvania and West Virginia. It’s also the first New England state with live, legal sports betting. Patrons will be able to bet on professional and college sports, though there is a carve out for Rhode Island college teams and college events taking place in Rhode Island.

There will be another hearing in Rhode Island Superior Court next week for the case, in which a former Providence mayoral candidate claims the state illegally legalized sports betting. He believes the decision should have been put to voters.

Iowa and Indiana raced to the finish to launch sports betting in time for the NFL season, but the Oregon Lottery and Montana Lottery decided to slow their rollouts. The Oregon Lottery is continuing testing, while Montana lawmakers are now requiring an RFP process. Though the NFL and college football season are definitively the hottest time of the year for sports betting, there’s something to be said for taking it slow.

“There is probably nothing more important than the NFL season with regard to sports betting,” American Gaming Association chief Bill Miller on a media conference call earlier this week, “but the motive for them to not race ahead was the appropriate course of action.”

The Oregon Lottery appears about a month out from going live while Montana is likely looking at early 2020.

During the call, the AGA shared numbers from a survey by Morning Consult that back the idea that the NFL — which kicked off on Thursday night with a Packers 10-3 win over the Bears at Chicago in an NFC North punt fiesta — is king:

The sun rises on our 100th season.

LISTEN UP: Discussing the inherent conflict with betting content. [BizOfBetting]

EXCHANGE: Smarkets CEO on the launch of its sportsbook app and taking on Betfair [EGR]

TV ratings numbers from last night’s Packers-Bears game that will most interest league and network execs: some markets with legalized sports betting were up big. Pittsburgh (+23%) and Providence (+36%) are two markets with statewide mobile betting.

DATA BATTLES: As data deals proliferate, turf wars are sure to develop. [SBCNews]

IOWA SPORTS BETTING: Just talked with state gaming administrator Brian Ohorilko RE: daily fantasy. He told me DraftKings and FanDuel have each applied for fantasy sports operator licenses here and are working with state staff to "demonstrate compliance" with new laws. (1/2)

NFL PREDICTIONS: From long shots to coaches to watch. [MMQB]

BYE, BYE BROWN?: What will the Raiders do if Antonio Brown does get suspended? [CBSSports]

New around our network this week

FanDuel opens up shop in Indiana

Over and out: NFL win totals betting, and the power of optimism, injuries.