A Guide To Betting On The NFL Preseason

by Brad Gagnon
in Sports 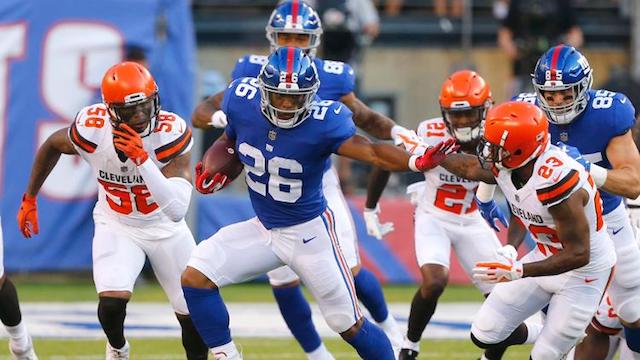 Tired of betting on baseball and bummed out that your PGA Championship wager has already gone awry? Don’t fret, because the NFL preseason is now underway. And yes, betting on the preseason is a thing.

In fact, according to US Bookmaking sportsbook director Robert Walker, sportsbooks take as many bets on preseason NFL games as they do on most August regular-season Major League Baseball contests.

“I think it just speaks to how popular the NFL is,” said Walker, who added that the simplicity of the preseason schedule also makes it easier to bet when compared to the daily grind of Major League Baseball. “People love football, and it’s a long baseball season. I think by July and certainly by August they’re ready for football season.”

With that in mind, here are our rules for betting on the NFL preseason.

1. Don’t bet on preseason NFL games. If the 2016 Browns and 2008 Lions could go 4-0 in preseason before going 0-16, it’s a sign for smart money to stay away. (And Browns just covered the 1-point spread on Thursday night in a 20-10 victory over the New York Giants.) But, if you absolutely can’t resist, rules two through nine can help you navigate these murky waters.

2. Don’t overthink the point spread. The winner quite frequently covers the spread because oddsmakers usually set low numbers for games that are largely unpredictable. In the first week of last year’s preseason, no team was favored by more than four points but half of those games were decided by double-digit margins.

3. Consider the coaches. Some are more motivated than others to put together strong team performances, while others are more concerned with evaluation during this time. Pete Carroll, John Harbaugh and Mike Zimmer don’t mess around in the preseason, while Mike Tomlin, Jason Garrett and Doug Marrone probably won’t go out of their way to earn a W. The problem is the oddsmakers are also very much aware of this, but it’s at least worth considering when you’re curious about a particular line.

“A lot of new coaches want to set a tone of winning in the locker room,” Walker said. “Or at least that’s how you handicap it. You listen to what they say, and it means more to some coaches than to others.”

4. Be on the ball. In the preseason it’s more important than ever to try to be a sharp. With less on the line, coaches are liable to let more cats out of the bag by elaborating on strategy and predicting playing time for starters. If you stay on top of what’s being said in the media in the lead-up to preseason games, you’ll have a chance to get an edge over the rest of the betting public and maybe even the oddsmakers.

“There are people who can ascertain information quicker than us,” Walker admitted. “The one thing about NFL football is the information is so available now, as opposed to 20 years ago.”

5. Don’t fall for lower-than-expected totals. Some totals will just look oddly low, even with the backup offense on the field most of the game. After all, backup defenders will be out there, too, right? But offenses are usually playing catch-up to a larger extent in August, which is why your average preseason game contains about five fewer points than your average regular-season affair.

7. Consider betting half or quarter lines. That’ll make it easier to avoid bad beats stemming from the actions of third-stringers in second-half garbage time. This pertains particularly to bets on favorites.

As Walker notes, “You’ve got guys deciding the point spread who aren’t going to make the team.” Try to avoid that.

8. Consider depth, or lack thereof. You feel particularly well about a team’s backup quarterback or reserve pass-rushers? And you’re sure those players are going to get extensive playing time based on what’s being said in the media? Trust yourself and roll the dice there. But remember, you’re still basically shooting craps.

9. Have fun. Walker notes that while a huge number of bettors wager on preseason games, not a lot of money is spent on those bets. The limits are much lower because of the lack of predictability, which is also why you rarely see anyone attempt to place a big-money bet on an NFL game in August.

“At the end of the day you don’t really know if the team is trying to win the game,” said Walker, who ran the MGM Grand Mirage Race and Sports Book for 12 years. “So as long as I’ve been doing this nobody’s come up and asked to bet $50,000 on a preseason game, and if they did I’d probably call security.”

With less on the line, it might be easier to relax and have some fun with your bet.

“If I bet $10 on it then it makes it that much more enjoyable to watch,” said Walker. “I’m not actually worried. To me it’s like going to the movies. I’m going to have a good time and I’ve got a 50/50 chance of doubling my money.”

Brad Gagnon has covered the NFL since 2007 and is a member of the Professional Football Writers of America, despite the fact he actually lives in Canada. The Toronto-based sports journalist’s work can also be seen at Bleacher Report, CBS Sports, Awful Announcing and The Guardian. He can be found on Twitter @brad_gagnon