NFL Week 16: Omicron, A Cussing Tom Brady, And The Hottest Player Prop Tout In The Land 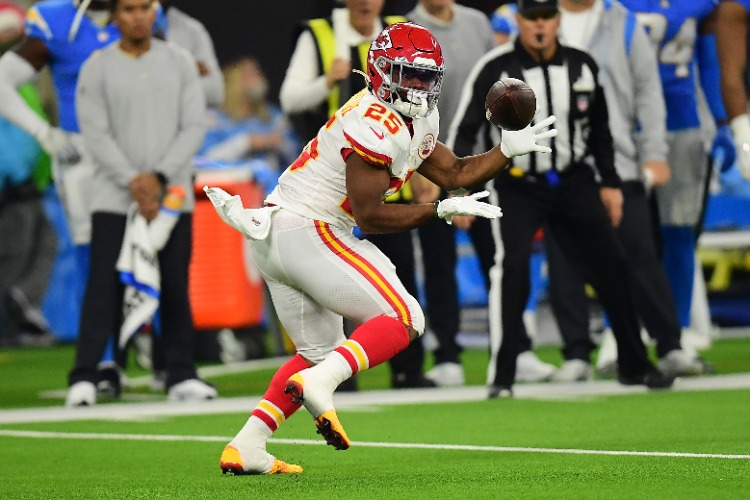 Welp, it looks like the NFL is in the midst of the greatest social/medical experiment in the two years of COVID.

In a nutshell: The league is treating the current Omicron wave with a giant shrugging shoulders emoji. Instead of increasing testing, the league has decided to decrease testing and only test symptomatic players. Instead of forcing players to wait out two negative tests before they can return, the league has decided to make it so they can return if their viral load is below a certain level.

The list goes on a bit, and it also includes all teams being forced into enhanced protocols — namely masks, virtual meetings, social distancing, etc. But when it comes to getting asymptomatic, vaccinated players back on the field — and not even bothering to test healthy-seeming players — the NFL is all systems go.

The NFL changing Covid protocols is gonna have a ripple effect EVERYWHERE#PatMcAfeeShowLIVE pic.twitter.com/1DfRjYT6Yd

And while this decision has “flummoxed” some public health experts, according to a QZ.com piece, I think it’s the right decision.

Before I go on, know this: I am not a public health expert, and I have been Chicken Little when it comes to the coronavirus since pre-Day One. My wife — no joke — actually shot a video of me on March 1, 2020, because I was so morose over what was about to happen. On the video, I say people will die, schools will close, hellfire will reign down, etc., while she laughed at me. Everyone was still laughing on March 1. I was shuddering.

From there, I was the guy washing down groceries, double masking outside, not daring to go indoors anywhere. I lined up for my vaccination the moment my state made it sort of clear I was allowed to. (Smokers were next, but the CDC said that included ex-smokers, so bingo!)

In short: I have been very, very afraid of the pandemic. If we’re charting this, I’m on the far end of the bell curve.

But now, with Omicron, I’m also shrugging my shoulders. It is so, so, so, so, so contagious. (I spend about two hours a day reading studies, articles, tweets, you name it. I’m a layman’s expert on this stuff at this point. Definitely putting this on future resumes.)

But yes … It’s so contagious, and — especially and specifically for people who are either vaccinated and/or already recovered from a bout of COVID — seemingly and so far relatively benign.

So putting young, vaccinated people on the football field to play against each other, knowing full well Omicron is almost certainly going to spread there — but also going to spread in schools, malls, elevators, long lines, family gatherings, and everywhere else, since there is a less-than-zero chance of mandatory lockdowns — well, what else is there really to do?

I suppose the flip side of this is that it’s near-certain these NFL players who are swapping Omicron with each other are going to bring it home and into their communities, but again, so are you. And me. And everyone else who isn’t planning on spending the next three months — or the rest of their lives — in their panic rooms.

A few weeks back, I wrote about how well I thought the NFL was handling the pandemic. And while its protocols have changed, so has the coronavirus game. Omicron is here and there is no chance of stopping it.

Hopefully it remains as mild as it seems, hopefully we all get a touch of it and create even stronger immunity for the next variant, and hopefully Jonathan Taylor stays COVID-free and cashes my +2000 MVP ticket I put down on him back on Nov. 22. #priorities

Jeff @jeffedelstein is back for #NFL #Week16, and he's looking and feeling gritty with a dash of flustered.

I won a big one a few weeks back, so we’re profitable for the year, leave me alone, lost again last week, no big deal.

This week, yeesh. For starters, I’m writing this early due to Christmas, and Go(o)d(ell) knows what players will end up with COVID, but here goes nuthin’.

Rationale? The Rams are simply a much better team than the Vikings … the Colts with Jonathan Taylor might be this year’s version of the Titans with Derrick Henry … the Bengals, well, I’m going with home field here … the Cowboys are winning with defense, and might shut out the WFT … and the Lions and Falcons both stink, but boy oh boy are the Lions playing with fire in their belly right now and if Jared Goff clears protocols, this line will definitely move to probably +2.5 at the most. (I want Dan Campbell to wake me up every morning with a pep talk).

Down to 4-11 on this horrid excuse to link words together in an effort to win money. Last week, I went with a 6-team tease for +800. And I nearly won it, with the Buccaneers -5 over the Saints torpedoing the goings-on. As to why I didn’t hedge the Sunday night affair, it’s because I had the Eagles game as part of it, which didn’t happen until Tuesday.

So thanks a lot, Tom Brady. I should be cursing at you.

Looks like Tom Brady goes to the #Saints sideline and says: "Go f*** yourself." pic.twitter.com/CA2tDakqXn

No, but I did go 32-9 in my H2H games, bringing my three-week record — the only three weeks I’ve played cash — to 137-24. We all know how this ends: I decide to go all-in next year as a cash game player and promptly lose my entire bankroll. Looking forward to that.

Last week I said James Robinson, just like everyone else, and that worked out fine enough.

This week, I’ll give you the unfadeable Antonio Brown at $4.9K. Angry Brady + Crazy Brown – Chris Godwin and +/- Mike Evans … I dunno. I can’t fade it.

There’s two other receivers who will probably get a lot of play as the week goes on, and they’re facing off against each other: Russell Gage at $5.9K and Amon-Ra St. Brown at $5.6K. Over the last three weeks, the two of them are doing their best Cooper Kupp impressions. Gage has 23 catches on 29 targets for 285 yards and a touchdown and St. Brown has 26 catches on 35 targets for 249 yards and a pair of scores. They are obvious stack partners, and it’s possible their ownership feeds off each other.

me waiting to tell anyone in earshot that I picked up Amon Ra St Brown on the waiver wire in week four pic.twitter.com/RGP4WgNWPh

As for Ronald Jones at $5.1K? Happy to fade him, but I probably won’t, especially in cash. Same for James Robinson at $5.9K

All of the above are going to find their way into my lineups, but my favorite DFS play of the week — and I expect him to be under-owned — is Clyde Edwards-Helaire for $5.8K, at home against the Steelers’ run “defense.” He might get popular if Travis Kelce and Tyreek Hill aren’t cleared, but if Kansas City is running at full capacity, I think Edwards-Helaire will go overlooked on his way to 100 yards and a pair of scores.

Shoutout to this young Tigers fan for thinking Clyde Edwards-Helaire is Tom Brady (via @Chiefs) pic.twitter.com/B2PKBA0NOo

Back up to 7-8 with my Texans pick last week, and I’m going back to the same well this week. That well is “these teams both stink, may as well take the underdog.” And with that, give me the Lions outright at +210 on PointsBet.

I am smoking here. I’m legitimately the hottest player prop tout in the entire world right now. Last week, I popped in on Saturday morning to give you Christian Kirk over 4.5 receptions, Myles Gaskin over 53.5 yards (whew!), and James Robinson anytime TD scorer.

I am now 14-1 over the last five weeks. I’ll be back over the weekend to drop in my picks.

Up to 8-7 as the Rams (eventually) covered the then -4.5 point spread I put down on them. This week, I’m doubling down on the Rams and the silly 3 points they’re giving to the Vikings. I can see myself even boosting the line higher to get plus-odds as the week wears on.