Are The Chiefs Dunzo? Plus Gardening, Parlay Victory Laps, And Kalif

The Kansas City Chiefs look terrible, but they're still expected to make the playoffs -- and possibly a deep run 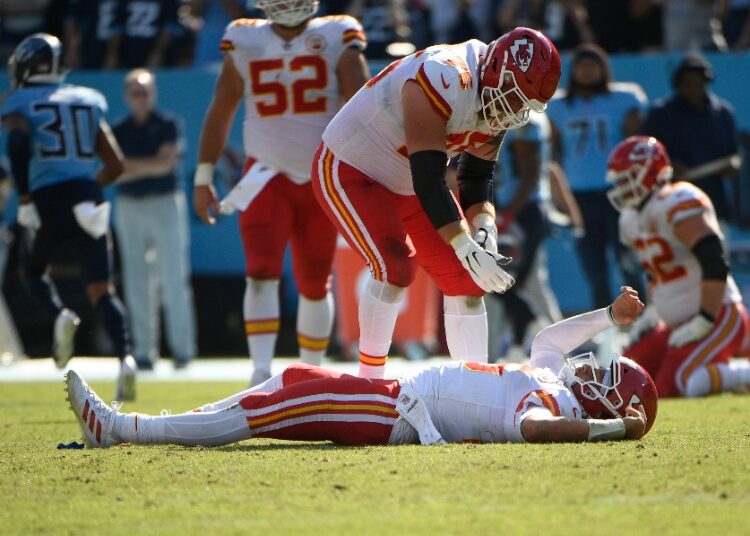 Are the Kansas City Chiefs dunzo?

That’s the biggest question in the NFL right now, as the team got walloped, destroyed, embarrassed, you name it, last week against the Tennessee Titans. Two weeks ago the Bills did the same to the Chiefs. They’ve also lost to the Chargers and the Ravens. Heck, the only wins they have this year are against the Eagles, the WFT, and the Browns.

But the sportsbooks don’t agree. This week, the Chiefs are 10-point home favorites against the New York Giants, a team with a sometimes explosive offense and a scrappy defense.

Additionally, despite their losing record and putrid play last week, they are still -200 to make the playoffs at DraftKings, as low as +215 at BetRivers to win the AFC West, are the consensus third favorite to win the AFC (as high as +700 on BetMGM), and are still anywhere from +1200 (FOX Bet) to +1600 (BetMGM) to win the Super Bowl.

So yeah, despite being 3-4, “dunzo” doesn’t exactly come to mind when you look at the betting markets.

But on the dunzo side … their defense is atrocious. Pro Football Focus has them ranked 31st overall, coming in at 30th against the run and 29th against the pass.

And here’s a list of some offenses they still have to face: Aaron Rodgers and the Packers, Dak Prescott and the Cowboys, Justin Herbert and the Chargers, and Joe Burrow and the Bengals. Plus trips to Mile High and Vegas. It’s not an easy road.

On the not-quite dunzo side? Despite last week’s disaster, the offense is clearly well-oiled. Throw out last week, and they are third in expected points per play and scored a touchdown on 40% of their drives.

One thing about turnovers: They’re generally not sticky, and the Chiefs’ turnovers have been on the far ridiculous side of variance, with 10 of them coming in opponents’ territory and five of them in the red zone.

Furthermore, get this: In the last three years, the Chiefs had turnover totals of 16, 15, and 18.

Dunzo or not? That is the question.

As a betting man, I’m coming down hard on the side of “not dunzo.”

The +1000 or more parlay of the week will be profitable no matter what, as we — what am I talking about, it wasn’t “we,” it was me — as me hit a +1987 whopper last week. The Packers held on to cover against the WFT, the Patriots covered the spread (and more) against the Jets, the Bengals and Ravens blew through the 47 point total, and — the biggie — the Titans knocked off the Chiefs.

So let’s run it back, yeah? Over to DraftKings I go, where I booked this beaut for +1750 late Tuesday night: the Titans giving 1.5 on the road in Indy, the Chargers giving 5.5 at home against the Patriots, the Bucs giving 4.5 in New Orleans, and the Jaguars winning outright at +160 over the Seahawks. (As I write this Friday morning, the Titans have swung all the way to +3 at DraftKings, plus the Chargers are now giving only 4, and the parlay is pricing out at +1705. I might have to bet it a second time at a better Titans number.)

The rationale: The Titans might be really good and if their patchwork secondary managed against Mahomes, I feel like they could manage against Carson Wentz. I maintain my position that the Chargers are the best team in the AFC, so the Patriots shouldn’t present too much of a problem. The Bucs only giving 4.5? Come on. And lastly … the Jags going to Seattle and winning. That seems nutso, but I think the Jags are entering the “we don’t care anymore” portion of the program and that loosey-goosey attitude could neutralize the Seahawks and their fans. Also: Geno Smith.

Geno Smith threw an 84-yard TD to DK Metcalf and had just 83 yards on his other 21 pass attempts.

I crushed it last week, up to 3-4 on the season as I had the Packers giving 1.5 points to the WFT, the Buccaneers giving 6.5 points to the Bears, and the Patriots giving a point to the Jets. I mean, kaboom, yeah? (By the way, I noted last week there was “zero chance” that would lose. Glad that worked out.)

This week, back to FanDuel where we seek to even things up. (I placed this on Wednesday, for the record.) Two of these legs are pretty easy, you ask me: The Bucs getting a point in New Orleans, and the Chargers getting a half point at home against the Pats. After that … gimme the Bills giving 7.5 to the Dolphins. This comes in at the standard +140, but if you take another point on all the games — entirely to get the Bills to -6.5 — then it’s +120. I probably like that better.

I curse the gods.

Not a good DFS week, eh?

(staring silently at the computer screen)

Darrell Henderson and Calvin Ridley both busted last week, which made me angry. (See above.) They were both way too chalky as well, with Henderson 39% owned in the Milly Maker and Ridley 22%.

All right. Going far off the board this week. My DFS play of the week is … Detroit Lions wide receiver Kalif Raymond at $5.3K. He’s had 15 targets over the last two weeks, boomed a bit last week, and is priced too high for his name. Plus, the Eagles-Lions game has the makings of one of those lousy-team, back-and-forth affairs. So, yes. Raymond, at very low ownership. Am I confident here? Heck no. But I just don’t see anyone clicking his name.

This may be my specialty here, picking the underdog that shouldn’t be getting all the points. Up to 5-2 on the year, having gone back-to-back with the Seahawks covering the spread against the Steelers and then the Saints.

This week? There’s actually a lot I like. The Lions and Bears both getting 3.5 at home stand out, as does Jacksonville getting 3.5 on the road. If I had to pick one — and I don’t want to pick this, as a Lions outright victory would have me lose an embarrassing bet — but give me the Lions +3.5. They’re playing hard, and the Eagles … might not be. They are definitely gardening, and the roots are growing, and they’re fertilizing, and watering, but they’re not, you know, winning.

“Are you watering and are you fertilizing every day?” Nick Sirianni on his message to his team today. pic.twitter.com/pkEQElipz2

Reeled it in last week by only going with one prop, which we won: Patrick Mahomes over 0.5 interceptions.

At DraftKings, I like Sam Darnold to right his ship against the Falcons, so give me his over 239.5 passing yards prop at -115.

Got up to 4-3 on the year with the Packers giving 7.5, and we’re looking to keep it going this week with Buccaneers giving 4.5 points against the Saints. I just have a tough time seeing the Bucs not winning by 4.5 against anyone right now.