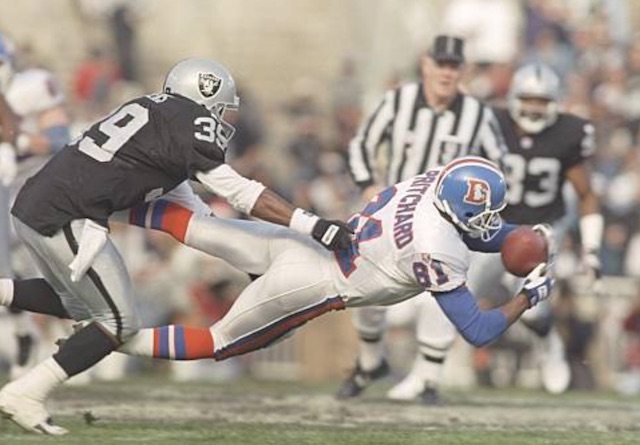 Las Vegas oddsmakers dub teams underdogs or favorites, sometimes by a large margin. Are the players aware? Do they talk about point spreads? Do spreads become bulletin board material or is it completely out of mind?  We wondered and so we asked five former NFL players about sports betting and what they recall. This interview is the third in a five-part series.

Former wide receiver Mike Pritchard (@mipritchard), a 1991 first-round pick (13th overall by Atlanta), collected 422 catches and 26 touchdowns for the Falcons, Broncos and Seahawks from 1991-1999. He now co-hosts the morning sports show “Cecil and Pritchard” in the Denver market with Broncos insider Cecil Lammey on Sports Radio 104.3 The Fan.

Ever Wonder If Players Hear About or Talk About Point Spreads or Vegas Lines? Former NFL WR Mike Pritchard Weighs In

SportsHandle: Are some players, or many players aware of the points spread on upcoming games they’re playing?

Mike Pritchard: My rookie year and probably early on in my career, I don’t think there was that much mention about spreads or underdog or not. Certainly towards the end of my career I heard a lot more about it. I’m talking about post- 96, 97, 98, 99. Towards those years. Yeah, absolutely started to hear more on television and then in the locker room. Papers. I remember reading newspapers where, “Wow, I can’t believe we’re that big of an underdog,” or, “I can’t believe they’re disrespecting us.”

SH: So during your time with the Seahawks in the later 90s you’d typically know if you guys were an underdog or favorite? 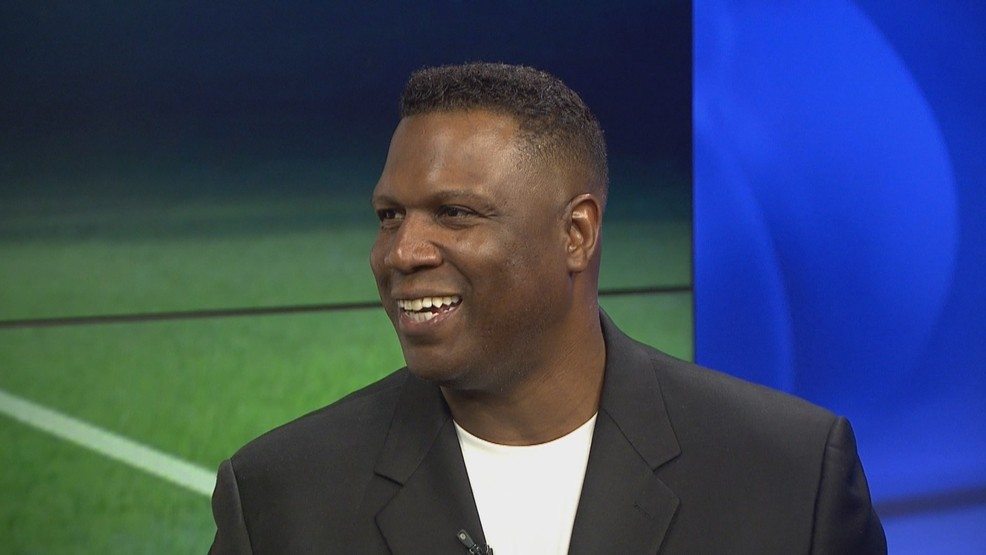 SH: If your team was a big underdog, or maybe an underdog to a division rival, might that serve as bulletin board type material?

SH: What about the reverse — if you guys were a big favorite, would that enter  anyone’s consciousness?

MP: Yeah. Probably. I will be honest with you. There’s times when you’re on a great football team and you know you’re absolutely going to win, that kind of thing. But you don’t openly discuss the spread like, “We got to beat them by that much,” or anything like that. It was just more of a yeah, we were good and we know we’re good, and a lot of people know that were good. But nothing to where you’re overly confident. I think you just play to your standard at that point.

SH:  Did coaches, owners, or anyone in the organizations that you played for have any rules about players making bets, maybe statistical goals type of things?

SH:   The main reason the NCAA, NFL and other pro leagues publicly support the sports betting ban is for the “integrity” of the games. That’s been the line all along. Do you think the legalization of sports betting, or an expansion nationwide might impact or compromise the integrity of games?

So with legalized sports gambling I think comes that regulation. So with fantasy football, a lot of people would think, “Hey, I could pay you a lot of money and I can do this. Can you do that?” kind of influence, but that doesn’t happen. So I think when it’s not regulated and it’s illegal, that’s probably going to increase the chances of tarnishing any type of integrity of the game.

What Happens In Vegas May Happen Elsewhere

SH: Being on the media side of things now, has that changed the way you view point spreads and sports betting in any way?

MP: It kind of has. I mean, I was still arguing against not even going into a casino when I lived in Las Vegas, and I just wanted to make sure, I just wanted to avoid any type of sports gambling or anything. Any notion, any mention. But now that I know a little bit more about it, I see a lot of more retired players getting involved with it. So I think it’s just becoming accepted. And again with the regulation, I’m not surprised. And I think the NFL is looking how to increase revenue from that industry. So I mean, I think you’ve seen a lot of sports, major sports, moving into that direction because there’s so much business, there’s so much growth I believe with sports betting.

SH: Sure. And I think the biggest sign is the NHL is now in Vegas and the Raiders are soon head there. So times have changed.

MP:  Right. I’d be curious about what the foreign markets are doing. But for soccer for instance, have you heard anything whether or not point spreads or, I don’t even know if that exists for soccer. But do soccer players even openly talk about spreads or anything like that?

SH: As for soccer players, I’m not sure.  But as far the betting and sportsbooks, such as in London, they think we’re backwards and prude in this country. And they do have widespread regulation and they share information and they have been able to detect irregularities in line movement. I don’t foresee NFL teams having any sportsbook advertisements on their uniforms or anything, but it appears like there may be more partnerships with the gaming industry sooner or later. Like you said, there’s just so much potential business.

MP:  Yeah, I mean I think they kind of are. So for instance, the stadium in Detroit. Ford Field. I think they have a MGM sponsorship on one of those suites or something like that.