Ever Wonder If NFL Players Talk About Vegas Lines? We Asked 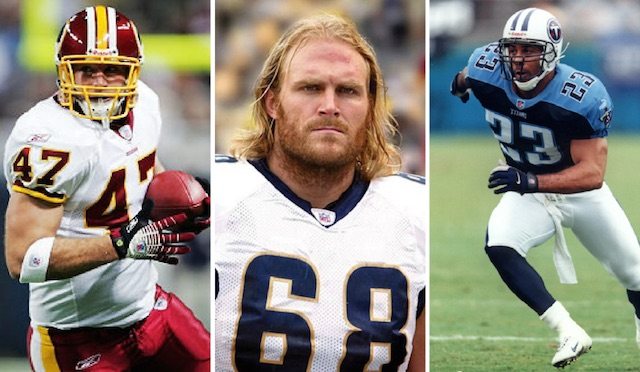 The legality of sports betting may soon change via the Supreme Court of the United States, but the existence of betting on NFL games has been a constant since the league’s inception. The outcome of wins and losses — the games themselves and the fortunes of bettors — depends on player performance, obviously. What do the players themselves make of this and to what extent (if any) are they aware of the point spread?

Las Vegas oddsmakers dub teams underdogs or favorites, sometimes by a large margin. Are the players aware? Do they talk about point spreads? Do spreads become bulletin board material or is it completely out of mind? SportsHandle wondered, and so we asked five former NFL players about sports betting and what they recall.

From the days of Jimmy the Greek references on The NFL Today to thinly-veiled references by Brent Musberger, Al Michaels, Sean McDonough recently and other broadcasters, sports betting has increasingly become less taboo in mainstream conversation. Gambling is part of what drives the NFL’s popularity and ratings. How much of the conversation trickles down to the players and what do they think about an expansion of legal sports betting?

Over the course of this week, SportsHandle will publish a series of five interviews with former players in question-and-answer form. They are:

With the exception of Turley, all of the players have taken on sports radio roles since retiring. Check back tomorrow for the first interview. “Now that you’re asking me all this stuff, it’s coming back to me” Turley said. We hope you will find them interesting and enlightening.