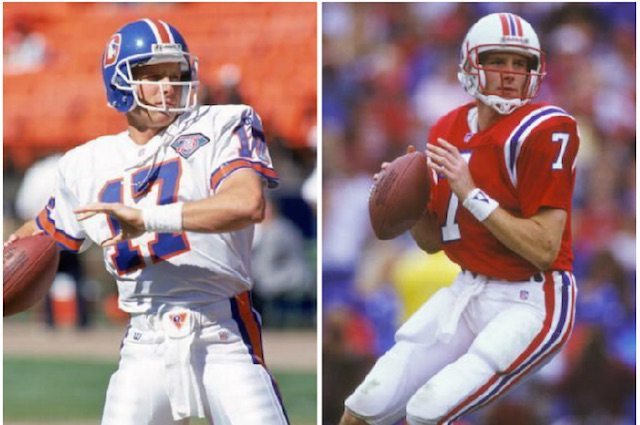 Las Vegas oddsmakers dub teams underdogs or favorites, sometimes by a large margin. Are the players aware? Do they talk about point spreads? Do spreads become bulletin board material or is it completely out of mind? SportsHandle wondered, and so we asked five former NFL players about sports betting and what they recall. This interview is the fourth in a five-part series.

Ever Wonder If NFL Players Hear About or Talk About Point Spreads or Vegas Lines? We Asked 5 Former Pros

SportsHandle: Do you recall in your playing days are some players, or many players aware of the point spread on the upcoming games?

Hugh Millen: I would say some, but I didn’t get a sense that that was a big topic of conversation. My feeling, it’s been awhile, but of course they had gambling back then. No, I don’t think there’s a lot paid attention. I think players know if they’re heavy favorites. But I never got a sense that anybody was like, “Well, we gotta, you know, let’s beat the point spread.”

I think the only thing I heard was the 49ers were aware that the DeBartolos liked to bet on the 49ers. So there’d be an extra little cheer. They could be winning the game, but late in the game when it looked like they secured the betting line, there was an extra cheer. That’s the only thing I’ve ever heard is that maybe the 49ers, certainly the 49ers coaching staff was aware of that.

SH: That’s interesting, like maybe when they were heavily favored in the Super Bowl over the Chargers.

HM: Yeah. I mean I don’t know the specifics, but a lot of time … I just heard that coming from the DeBartolo suite, that there would be an eruption not only when they would win but when they would cover.

SH: So the point spread may not have been locker room chatter, but was being a favorite or an underdog anything the coaches or any personnel might mention?

HM: Never. No. Honestly, I’m not sure what the angle is, or what helps your storyline. I didn’t get a real sense of an awareness of gambling. I mean I bounced around the league, played a handful of different teams and I don’t ever remember players and coaches being aware of betting lines. And it being a topic, or hey we covered, I mean I never remember that. But I did hear that the 49ers were aware of that. That’d be the only thing I could tell you that I have any recall about knowledge of the point spread.

SH: You know the truth is I don’t have any agenda or angle really, it’s just with the way this country is trending at least attitudes and that of Congress as well is that there is going to be expanded sports betting and the NFL’s line has been the integrity of the game, that players theoretically could be compromised. So, I want to hear from players. Sports betting has certainly been going on for a long time and I actually spoke with Chris Cooley, he said pretty much the same thing as you. That it’s nowhere near the forefront or anywhere in his mind but also spoke with some guys … Mike Pritchard from your era and Blaine Bishop. And Kyle Turley said that there were actually people in the front office that was telling him what the spread was.

HM: I can only speak from my own experience and I just didn’t get a sense that point spread was a big part of anything. The gambling, no. I never had coaches talk about it, never heard players talk about it, not before, nor after a game. I mean, I think if we were ever underdogs we knew it. So, no, I can’t say that I know much about that.