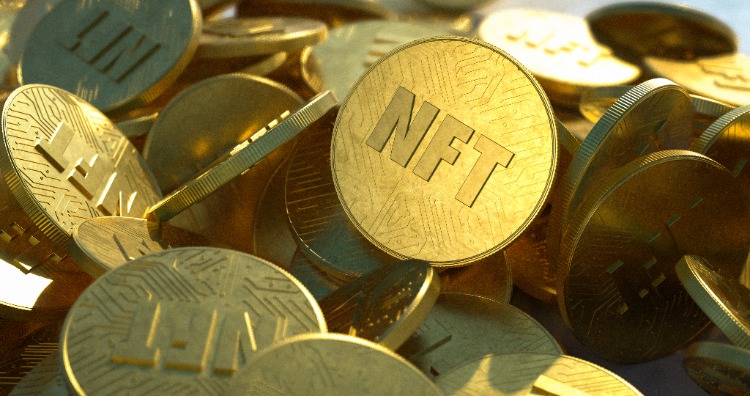 The next NFT (non-fungible token) gold rush will be coming sometime this year, as Dapper Labs — the home of NBA Top Shot — has announced a deal with the NFL and the NFLPA to feature the league’s stars in the digital collectible format.

This is the first time the league and the players association have signed a deal to allow for league-wide NFTs.

“We are thrilled to partner with Dapper Labs in its launch of NFL digital video collectibles,” Joe Ruggiero, the senior vice president of consumer products at the NFL, said in a press release announcing the deal. “We believe blockchain technology has great potential to enhance the NFL fan experience in the future and we are excited to have Dapper Labs as one of our first collaborators in exploring this emerging space.”

The launch of these NFTs will happen sometime this season, though no official date was given. The NFTs will feature weekly highlights of NFL players, in addition to historical moments throughout the league’s rich history.

So it appears that NFL TopShot is actually happening

“From the Hail Murray to the Minneapolis Miracle, magic happens in NFL stadiums,” Roham Gharegozlou, the CEO of Dapper Labs, said in the release. “As a league that continually raises the bar, we are proud that the NFL and NFLPA have chosen Dapper Labs to deliver for NFL fans worldwide the moments they’ve been waiting for. We can’t wait to give the more than 300 million NFL fans the opportunity to own the game that matters to them and engage with the sport in a whole new way.”

From the blockchain to you

For the uninitiated, NFTs use blockchain technology to bring these digital collectibles to market. Each “moment,’ as Dapper Labs calls them, is a highlight from a game. All the moments are numbered, so whenever someone opens a pack of moments (or buys one on the secondary market) they are all, effectively, “one of ones.”

While there are NFT markets that are indeed honest-to-goodness “one of ones,” Dapper Labs has taken a more man-of-the-people approach, numbering some of its NBA Top Shot moments as high as 35,000. The fewer NFTs that are issued of any individual moment, the more money they fetch on the secondary market (which is also run by Dapper Labs) and the more collectible they become.

The future of football fandom is here 🔥🏈

“The irreplaceable nature of the NFT captures what is special about sports fandom. Our players are immensely excited for the NFLPA — in working with our enterprising partners at Dapper Labs and OneTeam — to make this significant push into the digital collectibles market,” Steve Scebelo, the president of NFL Players Inc., the marketing and licensing arm of the NFLPA, said in the release. “The unique greatness of NFL players will continue to fuel memorable moments both in history and in real-time during the season, which will only deepen the connections they have with their passionate fans.”

NFTs — specifically sports NFTs and, more specifically, NBA Top Shot — took off like a rocket in January of 2021, a few months after their launch. The mania was spurred, in no small part, by a blog post by Jonathan Bales titled, “I spent $35,000 on a video you can find all over the internet: Here’s why.”

Bales, a co-founder of FantasyLabs, is a bit of an E.F. Hutton, specifically in the DFS segment of the gambling world. When he talks, people listen. And when he detailed that he spent $35K on a Ja Morant “moment,” the internet took notice.

Within weeks, NBA Top Shot mania hit a fever pitch, with each new release attracting tens of thousands of would-be collectors. But because supplies are limited, not everyone could buy packs, and soon anyone who was able to get their hands on a pack was basically guaranteed a 10X return on their investment.

The market eventually cooled off, but a recent spate of WNBA releases has brought a level of froth back to the market. And with the NBA season tipping off in less than a month, it wouldn’t surprise to see NBA Top Shot valuations rise again.

In the meantime, DraftKings got into the NFT space, teaming up with Autograph, which is partially owned by Tom Brady. Despite a somewhat rocky start, DraftKings Marketplace users are still lining up by the tens of thousands in an effort to purchase new NFT releases involving Brady, Tiger Woods, and other top stars. And while the secondary market at DraftKings hasn’t reached the fever pitch of the early days of NBA Top Shot, prices there are more than holding their own and every single release has seen the aftermarket prices rise and, in some cases, spike significantly.