The Bills, Eagles, and Chiefs are the only teams with odds shorter than +1200, creating plenty of lanes for value 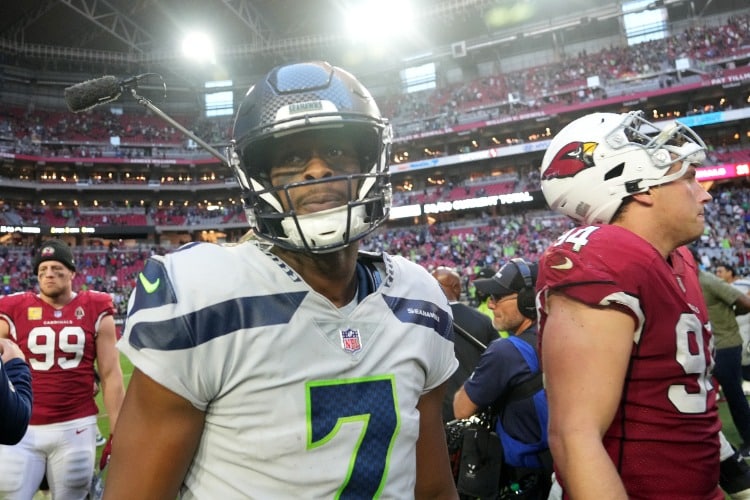 We get so wrapped up in the week-to-week nature of the NFL we sometimes forget — you know, as people who like betting on this stuff at sportsbooks — that there’s a Super Bowl to be won in a few months.

And looking at the odds for this season’s Super Bowl winner, I see a market primed to be flipped on its head.

Right now, you ask almost anyone who follows the NFL, they’ll tell you there are only two teams that look like legitimate Super Bowl contenders: the Buffalo Bills and the Philadelphia Eagles.

Of course, the Bills just lost to the J-E-T-S Jets Jets Jets, but it barely nudged their Super Bowl odds. They’re still the favorite, with the longest odds at +325 at PointsBet (and they’re as short as +275 at BetMGM).

Are these the two best teams in the league? Sure. Why not. They’re also both one quarterback injury away from being toast (cut to Bills fans frantically searching for updates on Josh Allen’s elbow). And besides: There is still a ton of football to play, and every other NFL team — outside of the Chiefs, at +550 at FanDuel — is, at minimum, a +1200 longshot to raise the Lombardi Trophy.

So with that in mind, here are my five longshot picks to win the Super Bowl. These are ordered by some mental calculus that takes into account what I think their actual chances are, mixed with how good the odds are.

5) New York Jets, +7000 at DraftKings: Do I think a Breece Hall-less, Zach Wilson-led Jets team can win the Super Bowl? I do not, but I promised five teams, so here you go. And if there’s a way this team makes it all the way, it’s because of their defense, currently ranked 7th in DVOA. Also: They’re doin’ it for Johnny.

The @nyjets are making sure Johnny gets his ice cream. 🗣️🍦 pic.twitter.com/dWrSMFlRqV

4) Cincinnati Bengals, +3000 at BetMGM: All right, this is for real. The Bengals have a great — and under-appreciated — defense (ranking 8th in DVOA) and we all know what the offense is capable of. If they can hang around until Ja’Marr Chase comes back, this team could make a run.

3) San Francisco 49ers, +1200 at PointsBet: Another top-flight defense — 9th in DVOA — and an offense that is dripping with dynamite playmakers. Can Jimmy G. do enough to get them over the hump? He almost did so last year, and that was without Christian McCaffrey.

2) Dallas Cowboys, +1500 at BetRivers: Have I mentioned good defenses? Yeah, because the Cowboys are the No. 1 ranked team by DVOA in the league. Dak Prescott is back on the field, Odell Beckham Jr. might end up opposite CeeDee Lamb, and Tony Pollard is a secret weapon that needs to see the field more. If they beat the Eagles at home in late December, expect the Cowboys train to leave the station.

Matt LaFleur worked under Cowboys defensive coordinator Dan Quinn in ATL and said this is not the same scheme he ran in ATL or SEA.

1) Seattle Seahawks, +4500 at Barstool: Are we sure they’re not the second-best team in the NFC? Their assumed “terrible” defense is actually 12th in DVOA, Geno Smith is playing like a top 10 QB, Kenneth Walker III has fresh legs and is the most electric running back in the league, no one likes playing in Seattle, and they have a cupcake schedule the rest of the way.

Bottom line: The narrative that the Bills, Eagles, and, to a lesser extent, the Chiefs are the only teams in contention for the Super Bowl is almost certainly flawed. The teams above — well, except the Jets — are all looking like legitimate contenders. I’d say it’s worth a sprinkle, as the kids say today.

Ugh. Lost again last week, but came dangerously close. Had the Seahawks and the Lions to win, but the Falcons couldn’t close the deal against the Chargers. Still haven’t “officially” hit a monster parlay in this space, but all we need is one biggie to book a profit for the season. Having said that … this jumped out at me early in the week at DraftKings: the Seahawks getting 2.5 points in Munich against the Buccaneers, the Giants giving 4.5 points to the Texans at home, the Dolphins giving 4 points to the Browns at home, the Bears giving 2.5 points to the Lions at home, and the Raiders moneyline (-260) over the Colts in Vegas, for a +1706 whopper.

Alexander Steinforth head of NFL Germany said this spring 3 million requests were processed when tickets for Seahawks-Buccaneers in Munich went on sale. “A staggering number” Pete Carroll says. “I can’t imagine. It’s an honor…we will respect the heck out of every aspect of this”

Rationale: How are the Bucs favored over the Seahawks? The Giants may not be as good as their record, but the Texans are as bad as theirs. The Dolphins probably should be there instead of the Jets in the beginning of this column as Super Bowl dark horses. The Bears should have no problem with the Lions. As for the Raiders? I don’t think they’re any good, but the Colts are coming to town and the team is all of a sudden a clown show.

AAAAARGH. Lost this again, hit two out of three (the Patriots and the Rams getting points) and whiffed on the Chiefs giving 6.5 points. My record is an abysmal 1-8. This is bad. Heading over to Caesars, where I’m taking the Giants getting 1.5 points, the Raiders pick‘em, and the Seahawks +3.

Fell to 4-5 here as I thought the Bills should’ve been heavier favorites. This week, the fishy line at FanDuel is the Cowboys only giving 5 points to the Packers in Green Bay. Can someone explain to me how the Packers plan to score any points here? The Cowboys defense is, literally, the best in the league, and the Packers just put up … (checks notes) … 9 points against the Lions. Yeah. This is fishy.

I did not, but I had a very good week. So that means my kids don’t get ignored. Everyone is happy.

DraftKings plays of the week

Well, we finally have a properly priced slate all around. I don’t see any screaming misprices, which means there’s going to be a lot of confusion on the “best” plays this week.

From where I’m sitting, the only way to make tourney lineups work is to go two-tight end, jam in Saquon Barkley and Derrick Henry, hope Justin Fields keeps on putting up monster games, and throw a few prayers at wideout in the $5-$6.5K range (I like JuJu, Kirk, Amari, Rondale, and Mooney). Easy peasy pumpkin squeezy.