NFL Week 13: Hanukkah Is Football, Morten Andersen, And The Coin

If you thought eight days of oil was a miracle, how about those underdogs this year? 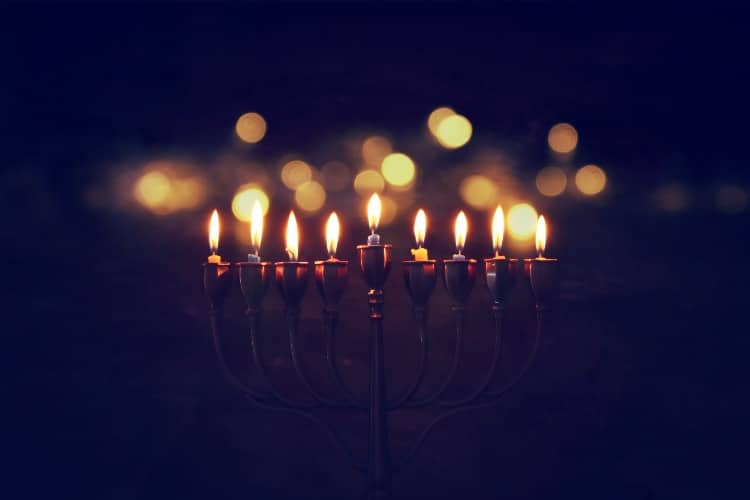 You can study the numbers all you want, all day long, crunch ‘em and run ‘em and pray to ‘em. But in the end, to paraphrase the words of Dave Sharapan, a.k.a. the Sportsbook Consigliere, we don’t know nuthin’.

Still looking for the truck that bet the Rams in GB..

And honestly, this NFL season feels even wackier than normal. Underdogs covering the spread at near-record rates will do that.

November was among the worst months ever for NFL betting thanks to underdogs covering the spread ~60% of the time and winning 23 games outright. That's part of a season-long trend in which underdogs are 99-77-1 against the spread — the best mark since 1980. #football

Things are so bonkers right now in the NFL that mysticism is ruling the day. The only prognosticator worth his — er, its — salt is The Coin, which is now 11-0 picking Raiders games straight up after the Silver and Black’s victory over Dallas on Thanksgiving. (For what it’s worth — and it’s worth a lot, as a $100 moneyline bet in week one, rolled over, would have a follower of The Coin holding a bankroll in excess of $687K — The Coin predicts a Raiders victory over the Washington Football Team this week.)

Really, the above is probably the story of the NFL right now. All the sharps studying the numbers, all the action going kablooey, and the only person doing anything right is some 25-year-old who found a website that flips coins.

This all reminds us of Hanukkah.

We’re in the midst of Hanukkah right now, and as a Jewish fella, it’s a fun holiday. Presents and stuff. But the nexus of the whole thing is the miracle of the oil. You want to get into the whole details of the miracle, here’s a Wikipedia article, but the basics are this: The Jews had enough oil to last one night, but — miracle! — the oil lasted for eight nights.

SAUL: Hey, Solomon, how much oil we got left?

SOLOMON: We run a very analytical organization over here, Saul. I’m sure.

Takeaways here? 1) We Jews may be celebrating an accounting error instead of a miracle; 2) sometimes, miracles — or “miracles,” depending on your POV —  provide solace in an otherwise topsy-turvy world (see: The Coin); and 3) we really don’t know anything. From how many days oil is going to burn to how the heck the Broncos steamrolled the Chargers.

OK, fine, this was just an excuse to get my “accounting error” joke into the world, but as far as stretched-to-the-breaking-point metaphors go, it ain’t the worst. Bottom line? Yeah. We don’t know nuthin’. We should probably celebrate that instead of lamenting it. After all, we’re just doing this for fun, right?

In short: I may or may not have flipped a few coins this week …

And here’s your weekly reminder that I hit a near +2000 parlay back in Week 7 that guarantees our profitability in this space for the year before I regret to inform you that last week was another loss, bringing our season record to a (profitable!) 1-11, as the Vikings moneyline pick did me in. I also advocated a +6600 bet on Kirk “I Line Up Behind Guards” Cousins to win the MVP. It was not a good week.

This week? How about this doozy, booked over at DraftKings, where I’m betting on six road teams to cover the spread at +4763 odds. (You can — and should — probably stop reading now.)

My reasoning? The first five picks are all for the same reason: It’s December, and this is the season where the running game really starts to matter, and all five teams here have superior run offenses compared to their opponents. It doesn’t hurt that the Colts, Bucs, and Vikings get to play indoors either. As for the Giants pick? I just want a reason to punch a wall when the other five legs hit and the Giants lose 38-7. (But I also think the Giants might be sneaky dangerous down the stretch.)

This week, let’s head to Caesars, where I’m going to keep this short and sweet: Bengals +3 over the Chargers, Colts -3 over the Texans (wish I could get that to 2.5), and Vikings -1.5 over the Lions.

Better question: How many lineups did I play Leonard Fournette in? The answer is “one out of about 45.” And why does this chap me? Because my thought process was correct, saying to myself, “Well, everyone is playing Brady and Godwin, and Evans and Gronk, and if the touchdowns go through Lenny, I can win a lot of money.” That was the thought, it was the correct game theory call, and it was the correct answer. But my stupid brain is too scared to get too far off the “best plays,” and so the result was … one lineup. With Cam and McCaffrey. Errrrrrrrgh.

Last week was a disaster, as I was all-in everywhere on Saquon Barkley, who got the usage but didn’t get anything resembling results.

This week, I’m going with Alexander Mattison at $7.6K. I know we’re not sneaking up on anyone with this play, but hear me out: He should be priced higher, at least $8.5K. If Dalvin Cook was healthy and at that price, he’d be a clear play. But Mattison? As a backup, people are expecting to pay backup prices, and $7.6K ain’t a backup price. I could see his ownership stunted because of that. I can also see his ownership stunted because Eli Mitchell is $6K, Antonio Gibson is $5.9K, Jamaal Williams is $5.4K, and we might get Sony Michel at $4.3K. Mattison might come in with sub-10% ownership. I’ll be overweight.

This week — heaven help me — I’m taking the Jets getting a touchdown at home against the Eagles for legitimately no good reason outside of the fact I think the Eagles coaching staff is horrendous and might figure out a way to blow this game. Worth noting: Morten Andersen disagrees with me (see video).

Up to 7-5 on the year as my Giants +165 moneyline cashed, much to my surprise and delight. This week — and Morten Andersen agrees — I’m taking the Bengals -3 at home against the Chargers.