It’s imperative to maximize your chances to win 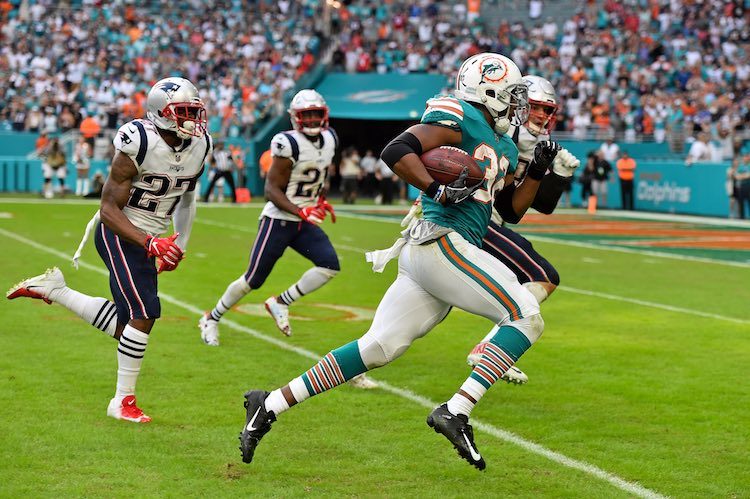 The New England Patriots are going to beat the Miami Dolphins this Sunday. Probably, or almost certainly. The visiting Patriots are now hovering around 18.5-point favorites across most sportsbooks, among the largest point spreads in NFL history. And of course the Pats have added Antonio “Mr. Big Chest” Brown to their receiving corps, although his availability is uncertain due to persistent ongoing chaos and recent allegations.

For your survivor pool selection this week, you may have already looked at the Pats-Dolphins spread, laughed, picked New England and begun looking ahead to the slate of Week 3 options.

While a successful mantra in many weeks is “survive and advance,” rules have exceptions. This week is one of them. In the event of a big upset and your survival courtesy a non-Patriots team, you would become very well positioned to seize a winner-take-all prize in subsequent weeks against a heavily narrowed field of competitors. You don’t get a prize for surviving 11 weeks and beating 90% of contestants.

With that in mind, it’s imperative to maximize your chances to win. And knowing who your opponents will be taking is a critical piece of information. Anytime 33% plus of your pool is on the same team, it’s probably worth blindly bucking that squad, assuming there are at least semi-viable alternative selections. You want to avoid stepping on the same land mines as everyone else.

(Important caveat: The premise set forth in this article applies to larger survivor pools sized roughly 50-plus. In smaller pools that typically end earlier in the season, you may want to go conservative. The larger the pool, the more contrarian you have to be.)

Yes, this Dolphins team coached by longtime Patriots assistant coach Brian Flores is uniquely bad and obviously engaged in tank mode. Still, consider that the fellow AFC East Dolphins have beaten the Patriots in five of their last six matchups in Miami. Seriously, five of the last six, including wins over two Super Bowl winning Patriots teams (2014, 2018). Two years ago (2017), the 10-2 Pats visited the 5-7 Fins as 10.5-point favorites. A flat Pats squad converted 0-11 on third downs, and fell 27-20.

Maybe it’s the familiarity of the opponent or the Miami heat. At game time on Sunday, the forecast is 90 degrees and humid. Patriots players are indeed human.

You may not put any stock in trends or narratives such as “letdown spots” or “looking past” an opponent, and that’s fine, but this is still a great opportunity to let the rest of your pool lose more than a third of the cavalry. In both ESPN and Yahoo! survivor pools, currently 36% of poolsters are on the Patriots.

If you tap New England and they win — there’s a 95% implied probability according to the current money lines — congrats, you survived on a consensus pick and struck a high value Patriots team from your menu of options going forward. The implied probability is largely a function of public perception and sportsbook liability, though, and perhaps not the reality of the matchup. But this is the NFL.

FiveThirtyEight’s metrics give the Dolphins a 19% chance to win (your power rankings and handicapping may vary!). Would you get on a plane that has a 19% chance of crashing? If you take the Pats, and they win, you and everyone else will advance and you’ll have gained nothing. But if they lose, and you’re on someone else, you’ll be sitting pretty in a much smaller group of survivors.

As far as your other options, well that’s another article. The most popular alternative choices including the Ravens (-13) vs. Cardinals, Texans (-9.5) vs. Jaguars, followed by a pair of road teams against divisional opponents — Chiefs (-7.5) at Raiders and Cowboys (-5.5) at Redskins.

Choose your own adventure and may the ball bounce your way.