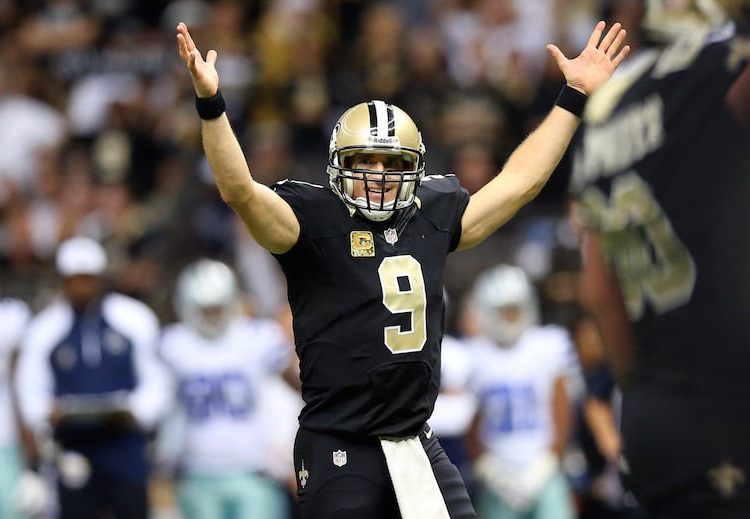 Deciding which players to fade each week goes hand-in-hand with selecting the players you do want. We’re faced with tough decisions every week regarding who to plug into our daily fantasy lineups. Throughout the NFL season I’ll be here every week to help you with those tough decisions, listing players at each position that I’m fading for the weekend. 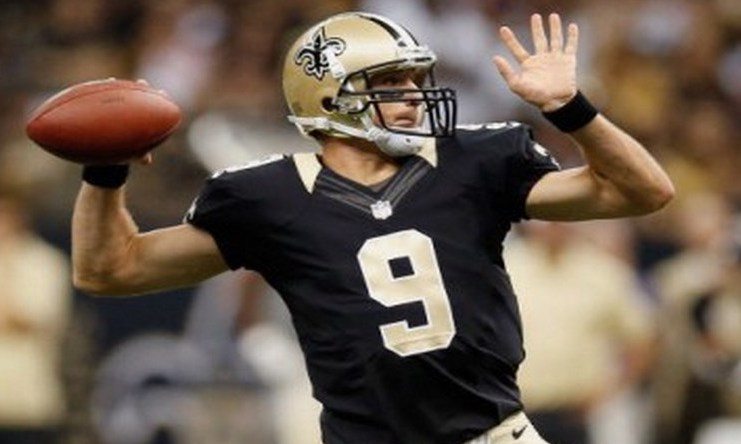 Brees is strictly a DFS fade for me this weekend at his current price point. He is the fifth and third most expensive QB on FanDuel and DraftKings, respectively, and finds himself in a tough road matchup against the Panthers. Carolina has allowed just 273 passing yards through two games (granted they faced Brian Hoyer and Tyrod Taylor), but Brees has had limited success in Carolina in recent years. He’s failed to exceed 300 yards passing in three games in Carolina since 2013, and has had an equal four TDs to four INTs in those matchups. I’ll look elsewhere this weekend and pay up for Brees once he’s in a more favorable matchup. 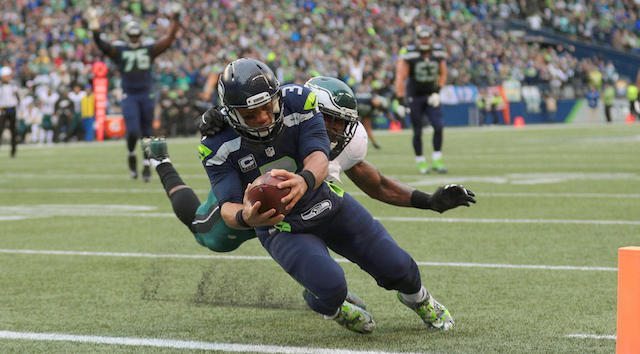 This is another tough road matchup for a quarterback who hasn’t seen much protection through two weeks (sacked six times) for an offense that’s scored a single touchdown so far. Wilson is a notorious slow starter as well. He’s averaged just 201 passing yards and thrown 21 touchdowns in 19 career games in September. Seattle is also known to struggle away from Seattle, as they scored 11 fewer points per game on the road in 2016. There will be better matchups to play Russ, and I have a hard time believing he’ll finish as a QB1 (priced as QB10 on FD and QB8 on DraftKings). 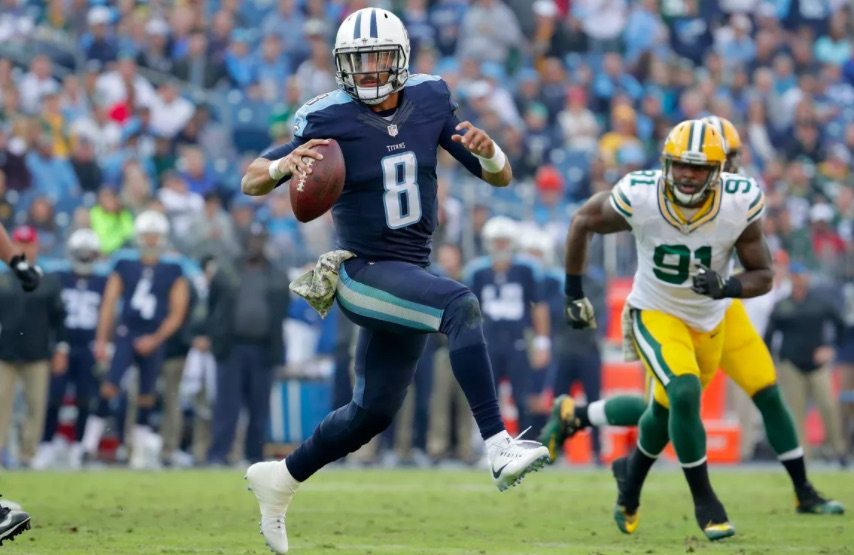 I’m not a huge fan of this game in general, from a DFS perspective, illustrated by my choice to fade both QBs in this matchup. Seattle has ranked in the top 10 in terms of passing yardage allowed each of the last four seasons, and are currently eighth after two weeks. Mariota yet to establish a great connection with any of his new targets, with Eric Decker catching just six balls for 42 yards through two games and Corey Davis re-aggravating his off-season hamstring injury in Week 2 (already ruled out for this game). I just don’t envision many points being scored in this game (42.5 total), so I’ll let other players take a shot at Mariota this weekend. 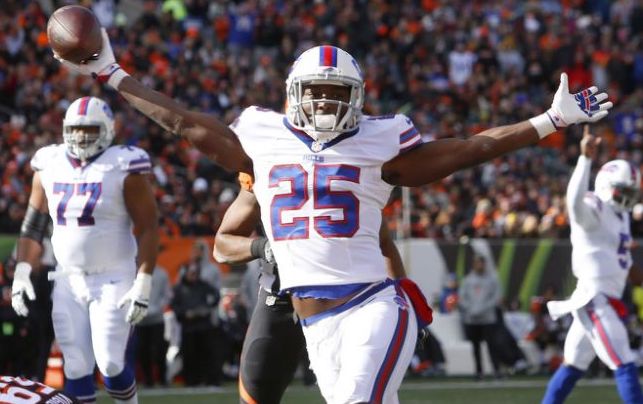 I’m going to be wary targeting McCoy against tough defenses after what we saw in Carolina this past weekend. Shady was limited to just 43 total yards on 18 touches, including a paltry nine yards on 12 carries. We just saw this Denver defense shut down Ezekiel Elliott and force Dak Prescott to beat them, and I see no reason why Vance Joseph would change that gameplan on the road in Week 3. Make Tyrod Taylor and his inexperienced receiving corps beat one of the best secondaries in football. McCoy should still be force-fed 20+ touches, but I can’t see an avenue leading to a top six running back performance this week, which is where he’s priced on both sites. 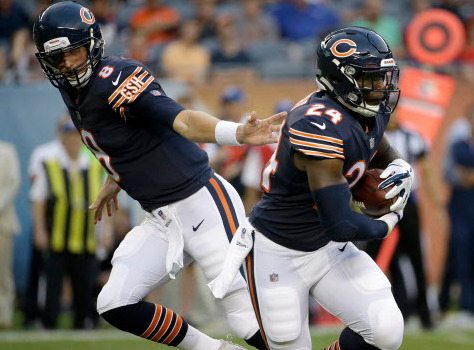 The second-year back from Indiana has disappointed fantasy owners in the first two weeks. Backup Tarik Cohen has seen just one fewer snap (68 vs. 69) after two games, and Chicago should see a similar game script this weekend as the Steelers head to Soldier Field as seven-point favorites. Howard entered Week 2 with a shoulder injury and left the Buccaneers’ stadium in a sling after posting just seven yards on nine rushes. He’s an easy fade this weekend against another tough matchup. 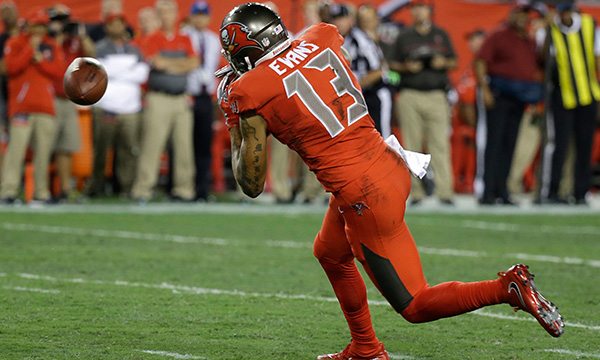 The leading wideout for the Bucs makes his way on this list for the second week in a row. My fade didn’t turn out so hot last week, as he caught seven balls for 93 yards and a touchdown. He faces an even tougher matchup this week in Xavier Rhodes and the Vikings defense, however. Minnesota has allowed just three top 12 wide receivers since the beginning of last season, and Rhodes just held Antonio Brown to five catches for 62 in Pittsburgh. Evans is a different type of receiver than Brown, so he may be able to go up and over the 6-foot-1 Rhodes for a touchdown, but I still think he has limited upside as the WR4 on FD and WR6 on DK. 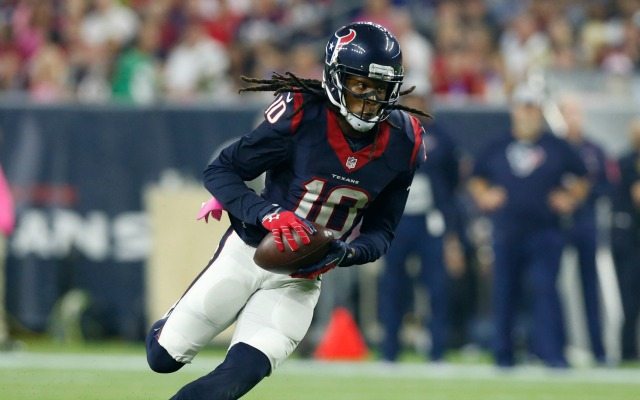 I can’t see the Houston offense finding much success at all on the road against the Patriots, and Vegas agrees. The Texans have the lowest implied point total of the weekend with 15.3 and are 13.5-point road underdogs. Bill Belichick is notorious for taking away a team’s number one option, which is clearly Hopkins in this case. In four career games against the Pats, Hopkins has averaged 3.8 receptions, 62.5 yards, and has scored 0 touchdowns. I don’t see that changing with a rookie QB at the helm for Houston, so I’ll happily fade Hopkins this weekend. 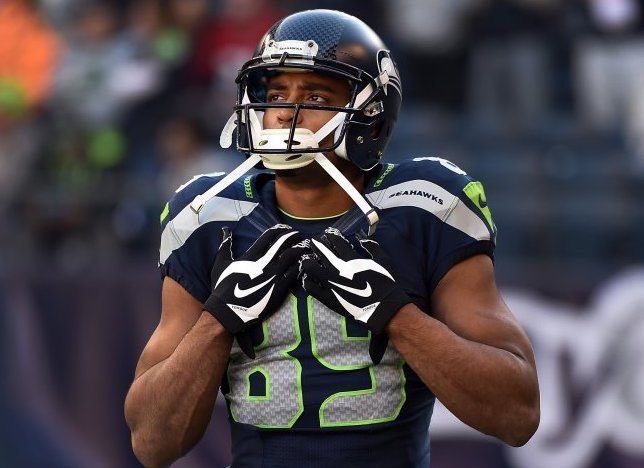 This lines up as a good matchup on paper, as Tennessee allowed the second-most points to opposing wide receivers in 2016 and have already surrendered 337 yards and three touchdowns to the position through two weeks. However, I’m trusting the historic splits for Baldwin on the road and in September. In eight road games last season, Baldwin caught 4.8 passes for just 47.1 yards and totaled three touchdowns. In 21 career September games, he’s averaged 3.8 catches, 47.6 yards, and just 0.23 touchdowns per game. I’ll fade Baldwin alongside his quarterback this week and wait for the season to progress before I target this duo. 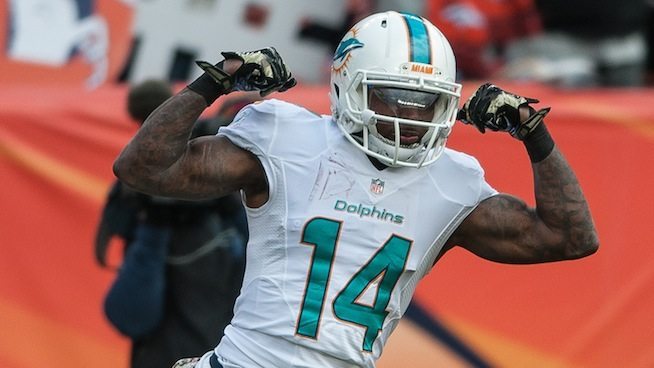 The upside just doesn’t seem to be there for Landry in DFS. He’s caught just five touchdowns in his past 22 games and 13 in 49 career games. He caught 13 passes for 78 yards in Week 1, and while that’s a very solid day for DraftKings’ PPR format, it’s not the production we want out of 13 touches. Instead I’m high on DeVante Parker and Jay Ajayi this week, so I think Landry will be the clear third option on the road against the Jets. He possesses a safe floor each week, but with Parker as a cheaper option on both sites ($6,500 on FD and $6,300 on DK), I’ll save some salary and target the option with more upside. 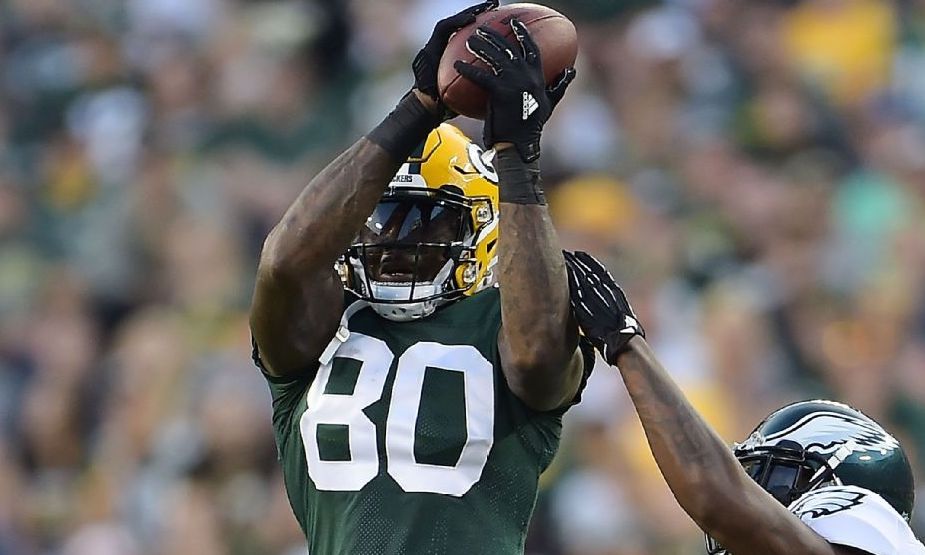 The offseason acquisition for Green Bay has yet to find a solid rhythm with Aaron Rodgers. He’s caught just 8 of 17 targets for 90 yards through two games. Jordy Nelson practiced on Wednesday, and although Randall Cobb didn’t, his MRI on his ailing shoulder came back negative, so I expect him to play come Sunday. That makes Bennett a fourth (tied with Davante Adams) option in the offense behind those two and Ty Montgomery. He also faces a Bengals defense that’s surrendered just two catches for 19 yards to tight ends in two weeks. I’ll fade Bennett this weekend and wait for him to establish a stronger rapport with Rodgers.

The Dolphins are the top priced defense on FanDuel and third on DraftKings, but I’m not believing the hype. Josh McCown has looked decent through two weeks, completing over 67% of his passes and surrendering just two turnovers. Miami is extremely thin at linebacker, as Lawrence Timmons was suspended indefinitely for bailing on the team before their Week 2 game, and Rey Maualuga missed their first game with a hamstring injury after being signed off the streets in August. I’m not expecting the Jets to light up the Dolphins by any means, but just don’t think they’re worth the price tag and likely high ownership this weekend.