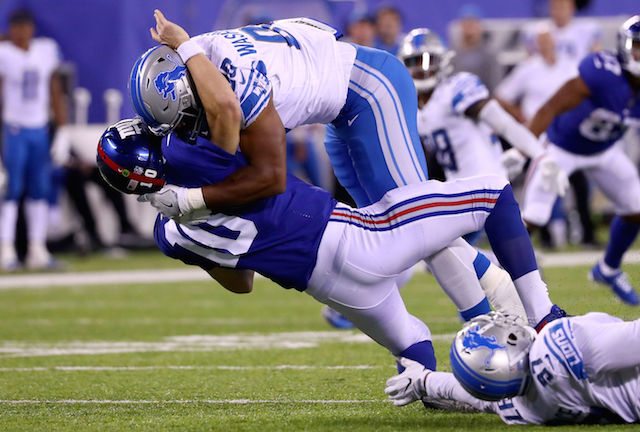 It’s NFL Week 3, baby. There’s zero perfect entries remaining in the Westgate Las Vegas SuperContest and so far there’s a bunch of teams that look pretty good, a lot that look like depression, and a mixture of risers and fallers in between. That said, most of the movement in our Week 3 power ranking occurred near the top. Let’s dig in to the ranks and some sports betting.

NFL Week 3 Power Rankings: The New York Giants Get Sacked, Birds Swirling, and The Old Guard Back on Top

The Jets managed to find moral victories in their 45-20 loss to the Raiders, which is nice, I guess.

Jacoby Brissett gives them a much better chance to win than Scott Tolzien, for as long as Andrew Luck is out. Colts also covered the 7.5 point spread last week against the Cardinals, so kudos if you got on the spread-wagon!

They have to cut down the turnovers: five against Baltimore. 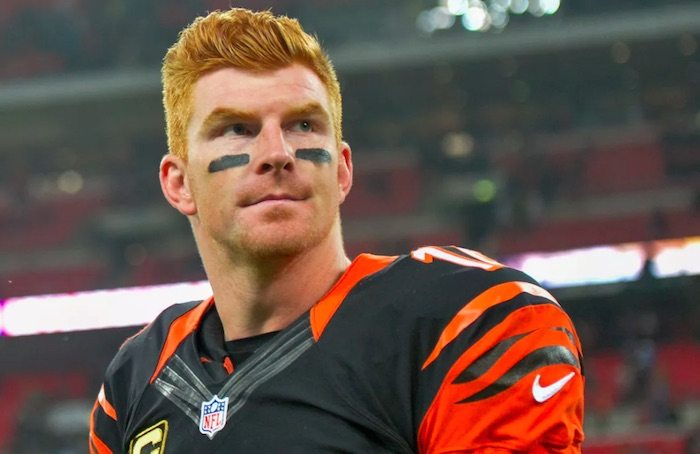 The firing of offensive coordinator Ken Zampese won’t fix the offensive line but maybe new OC Bill Lazor can save Andy Dalton (as the MMQB’s Andy Benoit puts it), or at least have him throw A.J. Green the damn ball.

Still have not scored a touchdown of any kind this season after facing the Seahawks and Panthers defenses. It’s hard to win football games when you don’t score touchdowns.

Early mistakes and turnovers doomed them in Tampa Bay, where Mike Glennon was unlikely to best his former coaches and teammates, anyways. They could really use guard Kyle Long back, which would help get Jordan Howard (shoulder) and the entire offense going.

I’m sick of talking about the Saints’ terrible defense so here’s a New Orleans fun fact: You can walk around the French Quarter and other locations with open containers of alcohol. Which is necessary after watching the Saints defense– see it’s unavoidable.

Shut down LeSean McCoy, shut down the Bills. Not much to get excited about here. 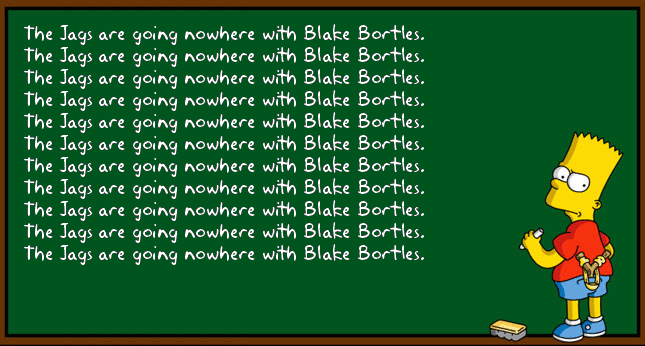 Punter Johnny Hekker (1 for 1 passing, 28 yards) is not a better QB than Jared Goff, but he might be better than some backups around the league.

So much blame to go around: clearly the offensive line and hero-maker LT Ereck Flowers deserve a big share; head coach and playcaller Ben McAdoo for, among other things, failing to give Flowers help; Eli Manning who has regressed; and general manager Jerry Reese who knew the line stunk but did zilch to address it.

It took overtime against a poor Colts team to eke out a W and smart money was on the Colts +7.5. That said, the Cardinals as home dogs (+3) to the Cowboys in Week 3 might be the right side, which is a 100% reversal on what I wrote Monday. Probably a sign (for me) to lay off.

New head coach, same late-game woes. Rookie HC Anthony Lynn settled for a game-winning 44-yard field goal try against the Dolphins, instead attempting to pick up some yardage, when there was time, for rookie kicker Younghoe Koo who had a 44-yard last second game-tying FG try blocked at Denver one week earlier. Koo missed.

A dismantling of the Bengals is a nice confidence booster but this offense is pretty bad and will need to put together some drives at New England to stand a chance. But there will always be this:

This helps dull the pain a lil bit.. 😂 (via @Deadspin)

The Dolphins jump five spots with a win in their opener in which Jay Cutler looked pretty alright. With a date at the Jets and Saints ahead (in London), they might get to 3-0 before the schedule gets rough.

If only DE Ezekiel Ansah could face the Giants every week. A difficult stretch ahead (vs. ATL, @MIN, vs. CAR, @NO, vs. PIT, @GB) will probably drop them to .500. If not, I will shut my face.

After a tough loss in Kansas City, they’re probably going to manhandle the Giants up front but at +6…? Maybe the Giants can make some some changes and demonstrate a bit of self-respect on offense.

Their whooping of Chicago doesn’t tell us much. Let’s see how the passing defense holds up against a better offense. 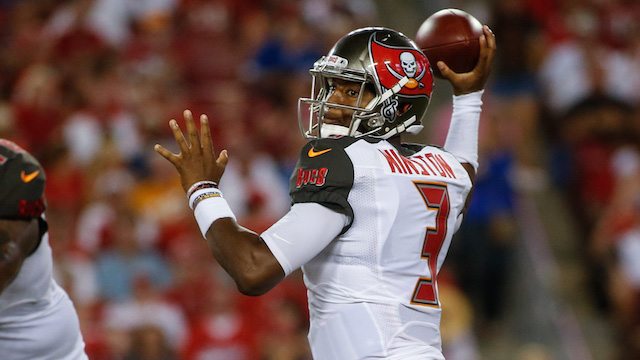 Nothing like getting a lead on the Jaguars to restore your mood. 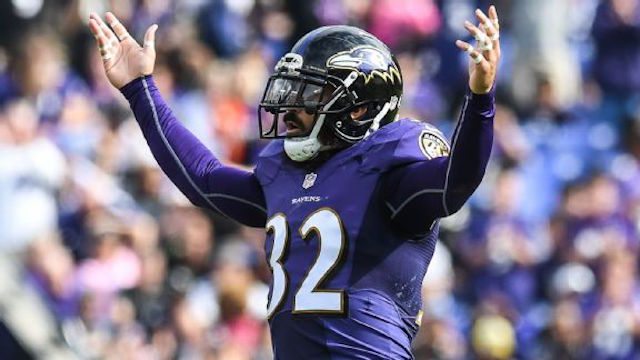 Headed across the pond to show London that the Jaguars have a terrible offense when it’s not Fantasy Football Garbage Time.

We figured they were due for some regression but the running game was completely shut down by the Denver Broncos last week. That’s a problem for a team designed to pound the rock and play ahead.

If they don’t score more than 13 points in Week 3 (at Titans), it may be time to panic. But not yet.

The Panthers are laying 6 points this week against the visiting Saints, who desperately need a win. This Panthers D looks to be in its 2015 form, which is scary for the NFC South. 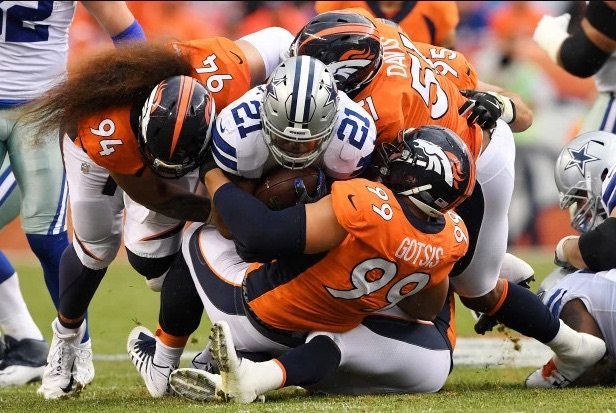 All hail the mighty Trevor Siemian! Also, the rush defense was supposed to be a main liability but not last week against Dallas! Third-and-long against Denver is bad place to be.

FORCES TO RECKON WITH

I won’t be laying 3 on the Raiders in Washington this week but will have my popcorn out for the week’s highest total at 54.

Well it was a short and perhaps undeserved trip to the top. We have to factor health into “power” ranks, and Green Bay has both starting tackles — LT David Bakhtiari (hamstring) and RT Brian Bulaga (ankle) — working back from injuries. Plus WR Jordy Nelson is questionable after tweaking his hamstring in Atlanta and DT Mike Daniels is day-to-day (also hamstring).

They sped it up and looked pretty awesome on offense again, which put the defense in good position to succeed. 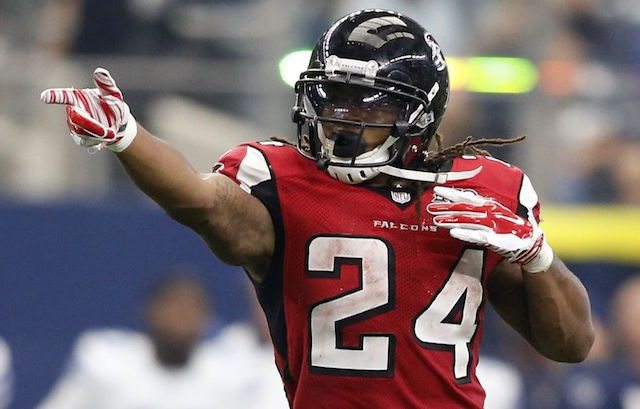 The offense is still not fully in gear but may take it up another notch at Chicago in Week 3. Road trips to Baltimore and Kansas City are on the horizon in October.

Yeah, I had them jump the Packers, Falcons and Steelers. This is all a bit arbitrary and subjective, but hey, they earned it.

Patriots at No.1 is boring but it’s better to be right than be makin’ hot takes. This week the Patriots will exploit a depleted Texans secondary and do this to Bill O’Brien:

See you back on Friday for the TPS report on the survivor and betting slate and game predictions.