No NFL analyst would dare admit it, but maybe Pete Carroll was right to go run-first all those years 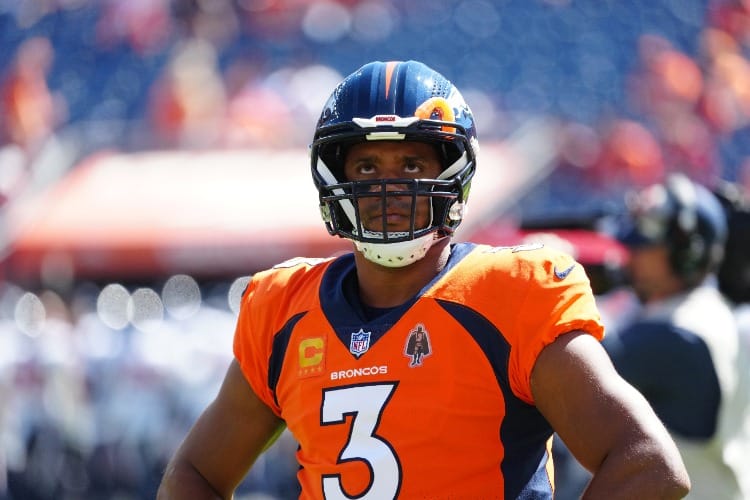 Breaking: There is a yawning chasm between what we think we know and what is real when it comes to the NFL.

Case in point, Russell Wilson and Pete Carroll, but we’ll get there in a second.

First, my weekly reminder that I’m not an NFL analyst, just a fan who’s been low-stakes betting and medium-stakes fantasy-ing for over 35 years.

I do, however, depend on actual NFL analysts — both sports betting and fantasy — to help form my weekly opinions. And the amount of breakdowns, tweet threads, podcasts, and everything in-between I read and listen to each week — from legitimate experts on the NFL — is enough to fill a 300-level syllabus. I am not neck-deep in this stuff; I am buried.

And sometimes, everyone is just 100% freaking wrong.

For the last however many years, fantasy analysts have been screaming from the rafters to “let Russ cook.”

Well, the Broncos are letting Russ cook this year. The results have been … less than stellar.

By the way, an advanced Twitter search shows the “let Russ cook” thing started with a different Russ — Russell Westbrook — and NBA fans can tell you how that experiment worked out for the Thunder. And the Rockets. And the Wizards. And the Lakers. Anyway …

Every analyst alive has spent the last five years or so imploring Pete Carroll to give the keys to the offense to Russell Wilson, instead of playing run-first football. To let Russ create, instead of being inhibited by Carroll.

Of course, when Wilson was asked to perform, he performed, never finishing below sixth in PFF’s rankings from 2018-2020, leading the league in passer rating in 2015, and on and on.

So the Broncos sent a boatload of picks and players to the Seahwaks for Wilson, he was handed to keys to the objectively explosive Broncos skill players, and he has been — to quote Charles Barkley, because why not have a second NBA reference — turrible.

Now: Is it possible Wilson, at age 33, is washed? Sure. It’s possible.

But is it also possible that Carroll — whose Seahawks have made the playoffs eight out of the last 10 years and nine out of 12 overall, with a Super Bowl win and a Super Bowl near-miss — was actually using Wilson correctly? (I know, just typing that hurts.) Is it possible that Wilson might have put up gaudier numbers if he were allowed to “cook,” but … isn’t it also possible the reason Wilson put up such efficient numbers year in and year out is because he was the sous chef to the Seahawks’ run game?

Is it possible Wilson is — despite what nearly every NFL analyst has said over the last decade — just an average NFL quarterback who was elevated by a run-first mentality, thereby keeping the opposing defense honest?

We’ll never know, obviously, but it is sure something to consider each and every week when you sit down to read the “expert” opinions.

Let’s get rolling. (All bets discussed were placed at odds available Monday morning.)

And we’re now 0-3, as Eagles-Commanders and Bills-Dolphins didn’t come close to sniffing the over, thereby snuffing out the Lions getting a touchdown at Minnesota and the Bengals giving 4.5 points on the road in north Jersey.

Moving on, then, let’s head back to DraftKings and grab the Eagles at home giving a touchdown to the Jaguars, the Patriots getting 10 at Green Bay, the Commanders getting a field goal in Dallas, and the Rams straight up at +100 over the 49ers in San Fran, for a +1323 adventure.

Rationale: The Jaguars have been fun and exciting and awesome, but come on — the Eagles, at home, giving 7 points feels like too little. The Packers are a better team than the Patriots, but 10 is a ton, I don’t care if it’s Brian Hoyer under center. I placed this bet before whatever happened with Dallas Monday night, but I’m positive the Cowboys are no better than 50/50 against Washington, and it’s unclear to me why the Rams aren’t favored in the 49ers game.

There you have it. #NotExpertAnalysis.

Dropped to 1-2 on the year in heartbreaking fashion, as the Lions and Commanders did their part on the over, the Steelers did their part in getting 7.5 points, and the Chiefs … were getting 2.5 against the Colts and lost by three. Just … turrible.

Andy Reid putting on a clinic of what not to do when Patrick Mahomes is your QB, hate to see it

I should just be betting this, as I got my fishy record to 2-1 last week by taking the Packers and getting 3 points against the Bucs.

This week, the fishiest game is coming to you on Thursday night, where the Bengals are 3-point home favorites against the Dolphins. Are we sure the Dolphins aren’t A) better and B) a lot better? I’m not. Give me the Fish and the points for my fishy pick.

Welp, I guess I have to look ahead to Week 4.

It’s ugly out there, folks.

Right off the bat, the Bills-Ravens game jumps out. Highest over-under at 53, Josh Allen vs. Lamar Jackson, and they’re the two highest priced QBs at $8.4K and $8.3K, respectively. Jalen Hurts against the Jags is right below at $8.2K. And then … wow does it get ugly.

Russ Wilson — ‘memba him? — is the sixth-highest-priced quarterback, with the disappointing Kyler Murray and the banged-up Justin Herbert in front of him. I wouldn’t be surprised to see Allen, Jackson, and Hurts suck up … 50% of the ownership? Maybe more? Honestly, going down, down, down the list … Geno Smith at $5.4K against the Lions in the dome looks awfully tantalizing.

Running back is a wasteland. I would assume Khalil Herbert at $5.7K will be megachalk against the Giants if David Montgomery can’t go. Outside of that, maybe Breece Hall at $5.4K in Pittsburgh is sneaky? Maybe it’s quickly becoming Hall’s backfield? And as usual, good luck paying up for the expensive running backs. Disappointments, the whole lot of ‘em, outside of Saquon Barkley, who is shaping up to be chalk for the second time this year.

Overall, this slate is going to be … ugly?

Bottom line? For tourneys, you have to fade the Bills-Ravens. (Famous last words.)

And … I’ve already forgotten about my disastrous Week 3. Onward and upward! I’ll settle for onward and sideways-ward.

Finally won one last week with the Bengals. This week, I have to roll with the Eagles giving a touchdown to the Jags. The Jags have looked great, but, come on. The Eagles have looked downright awesome.