A reference to a Mel Brooks 1960s show starring Don Adams in a 2022 NFL preview? Sure, why not 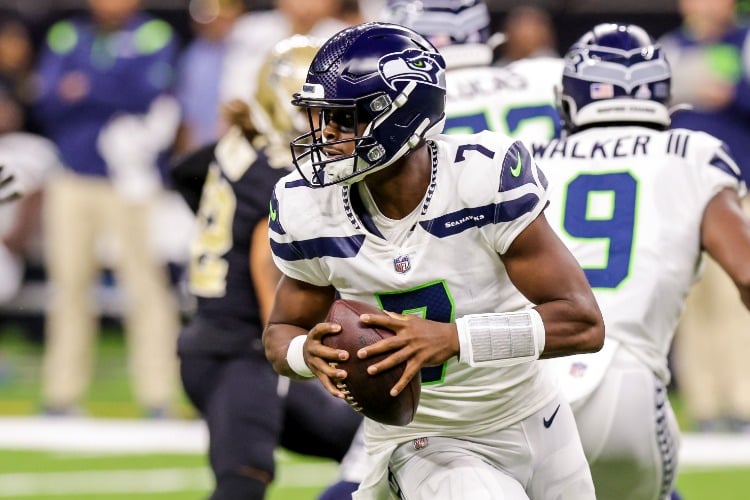 Well this is fun. According to ESPN Stats & Info, underdogs are, counting the Raiders’ cover against the Chiefs Monday night, 45-30-3 against the spread so far this year, their best record through the first five weeks since 2010.

Is this actionable information we can use to win money at America’s sportsbooks, or just a bunch of noise?

Obviously, I have no answer here. Small sample size and all.

But it is interesting, especially when contrasted with a trend I think I’ve picked up on this year: It seems teams are generally being more cautious with injured players. (Except one team that rhymes with “Fiami Folphins.”)

Again, this is unscientific, but my Twitter news feed is lousy with NFL injury updates. Seems like a lot of injured players are getting limited practices on Wednesday, skipping Thursday, back to practice Friday.

CeeDee Lamb did not practice because of a groin injury, but he doesn't seem overly concerned. "I'm fine," he said. "We're good … I don't want to scare nobody." He said his GPS numbers were high.

I know this sounds like so much nonsense, but I think there’s something here. Teams seem to be more cautious with injured players, which would indicate teams are being more cautious, period.

I don’t know what this all means — like, not even a little bit — but the NFL is objectively more fun when the underdogs rise up. That much I know.

What’s aggravating about writing this column so early in the week — which was my idea, as I thought it would be a fun experiment to get my thoughts out there before I start reading actual NFL analysts — is that as the week goes on, my opinions change.

For instance: I placed one extra parlay last week, and if I wrote this on Thursday, it would’ve been my pick. It was the Texans +275 over the Jaguars, the Cowboys +195 over the Rams, and the Bucs -450 over the Falcons. I’m not saying this to brag — OK, fine, I am saying it to brag — but it was a +1252 play that I felt very confident about. It was my largest parlay bet to date. I had conviction. It would’ve been my play in this space.

Instead, my play was … well, it included the Jaguars.

This week — and I can’t promise I won’t completely throw any of these legs out by Friday — I’m going with this beaut: The Bucs laying 8 points in Pittsburgh, the Jets getting 7.5 points in Green Bay, the Seahawks getting a field goal at home against the Cardinals, and over 53.5 in the Bills-Chiefs game.

Rationale: Tom Brady is on a mission; Aaron Rodgers is not on a mission; I have developed a platonic crush on Geno Smith (more on that later); and the Bills and Chiefs should light up the scoreboard. I bet this one on Monday morning on DraftKings at +1173.

I’m down to 1-4, I got destroyed last week, I stink at teasers. Let’s run it back at Caesars for the following at +160: The 49ers pick’em over the Falcons, the Bucs giving 2.5 points to the Steelers, and the Eagles getting a point at home against the Cowboys.

I brought the record down to 2-3 here last week by backing angry Tom Brady, who apparently wasn’t angry enough. This week, my fishy play lives at FanDuel, where the Patriots are giving three points to the home Browns. Here’s the thing: I want to give up on Bill Belichick, but he still knows how to win games and get the most out of his defense. Taken together, I fail to see how the Browns — who are snakebit — will be able to overcome this. Love the Patriots this week.

This was all of us after the #Browns choked away another game handed to them 😂😂😂😭😭 (via fill_your_cart TikTok) pic.twitter.com/TxDknjQjDY

I didn’t, but I got off the schneid and had my best week of the year, highlighted by a fifth-place finish (out of 9,512) in the $5 Huddle.

And this team was led by … Geno Smith, who, along with the rest of that game stack — I threw in DK Metcalf, Tyler Lockett, Alvin Kamara, and Chris Olave for good measure — catapulted me up the leaderboard. While it wasn’t a million bucks, it was only $999,400 less, so who’s complaining?

From last week’s column: “Even the value that opened up because of injury is ugly. You want to play a Falcons running back against the Bucs? Dyami Brown against anyone?”

Um … wow. As it turns out, you did want to play Dyami Brown. Oops-a-doops.

This time, welcome to Kenneth Walker chalk week. I also think Breece Hall is going to get very popular. It’s hard to argue with either play, though it is notable that Christian McCaffrey, Nick Chubb, Saquon Barkley, possibly Jonathan Taylor, Dalvin Cook, Leonard Fournette, and Alvin Kamara are all on this slate, and all will be under-owned as a result. Spending up to be contrarian is definitely on the running back menu this week.

The Eagles won, but didn’t cover, so we’re down to 2-3. This week, let’s go with that over 53.5 in the Bills-Chiefs game. I have a hard time seeing these teams not scoring.