NFL Week 8, And With It, Some Division Winner Longshots

There is a lot of football left this season, and some doormats may dust themselves off before it's over 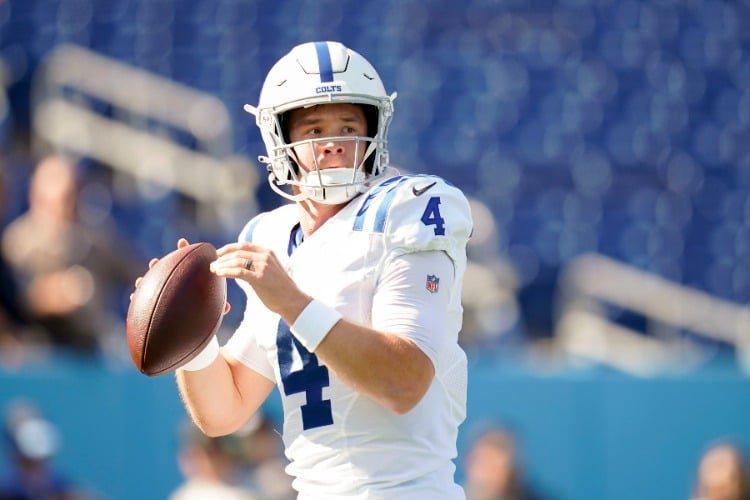 “It’s been a wacky NFL season” is something we can say every NFL season.

“But this year has been wackier than most!” is something that we can say every NFL season.

So I think it’s pretty fair to say the following: NFL = wacky.

This is the most wacky NFL season I have ever witnessed

Seriously, looking at the standings, I count nine legitimate, outright surprise teams that are either far exceeding expectations or are way worse than anticipated. Here’s my list: the Giants, Jets, Seahawks, and Bears on the high side, and the Broncos, Rams, 49ers, Buccaneers, and Packers on the low side. And those are just the obvious ones.

All this begs the question: What can we expect for the rest of the season? After all, we’re not even at the halfway point.

Better question: Is there anything exploitable among the betting options?

Short answer: Well, the division markets may be.

Here’s a list of some team divisional futures that could look like big bargains in the coming weeks:

For the love of all that’s holy, the Saints getting 1.5 points was my downfall last week, as I had the Giants and Jets winning outright and the Panthers getting 10 at home against the Bucs.

Rationale: I think the Cardinals and the Giants are simply better than the teams they’re playing, and I think there’s a decent enough chance the Sam Ehlinger-Taylor Heinicke game will go full hair-on-fire.

Down to 1-6, got destroyed, I stink at teasers, let’s run it back at Caesars. Blech. You know what? Gonna just take my parlay and tease it. Those parlay legs are really the only three things I feel good about. So give me the Giants +9, the Cardinals +9.5, and over 33.5 in the hair-on-fire game.

Brought the record up to 4-3 here by backing the Bengals, who were only giving 6 points to the Falcons last week. This week’s fishy special is the Steelers getting 11 points in Philadelphia. As we know, the Eagles take their foot off the gas in the second half, and the Steelers’ Kenny Pickett is going to be winging the ball all over the place in the second half. If the Steelers can avoid a pick-6 or three, I like their chances of covering.

No, sir, I did not. But I was over the field on Josh Jacobs, so, good for me?

This is what I wrote last week: “My plays of the week for now? The Panthers defense at home against the Bucs for $2.3K. Kenneth Walker III against the Chargers for $5.8K. Bengals stack against the Falcons with a Kyle Pitts bringback, heaven help me.”

Not too shabby, eh?

This week, the biggest pivot point is Derrick Henry at $8.5K against the Texans. Take a look at his last three games against Houston.

Yeah. Fade at your own risk.

We’re also setting up for another round of Josh Jacobs chalk, which means it’s another perfect week to play some Davante Adams. And if Zeke Elliott is ruled out, even Jerry Jones will play Tony Pollard.

Lost the Patriots game, which means my mortal locks are down to 2-5, making them very, very, very mortal. Gimme the over in Colts-Commanders.