Analyzing Win Totals From The Last 10 NFL Seasons: The Overachievers 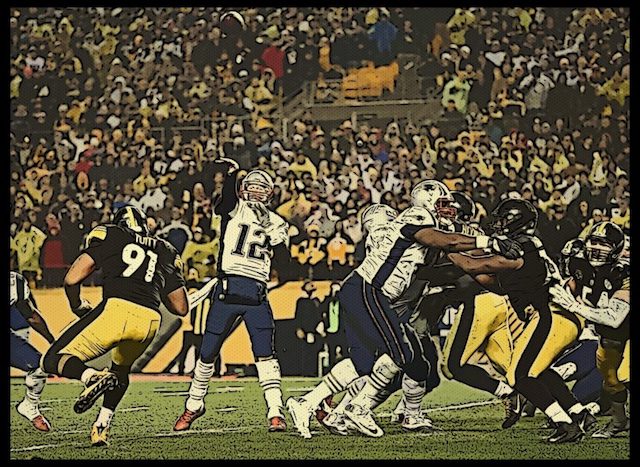 Oddsmakers aren’t wrong often, but that doesn’t mean they are infallible. By analyzing the last 10 years of over/under data we drew some conclusions about the way sportsbooks looks at certain teams and the ways those teams perform relative to expectations. The painstaking compilation of all the O/U data from the past 10 seasons allowed us to bring you this chart.

This is the first installment of a three part series where we break down the data. The focus: The Overachievers, teams who consistently beat their win totals. Of the NFL’s 32 teams, nine beat their over/under win total at an average rate high enough to catch our attention.

(wins per year above projection)

It’s important to point out that even these nine teams are, on average, very close to their projected win totals in the 10-year period. In a decade, they have about 10 more total wins than projected. Comparatively, teams on the bottom of the list (Broncos, Saints) have about 4.5 more overall wins than projected over the last 10 years. The numbers are quite accurate.

But, this data shows small cracks. 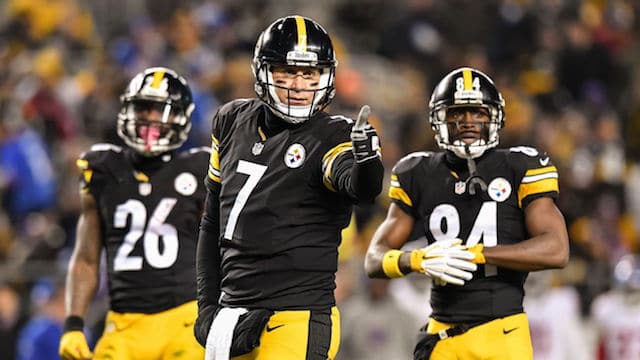 First, the Steelers and Patriots have been so consistent, it’s hard for win projections to keep up. Some of the highest over/under projections are 11 or 11.5. It is very rare to see an over/under of 12. The Steelers and Patriots combined had 12 seasons of 12 or more wins during the data period so it’s easy to see why both teams consistently beat the over. Oddsmakers seemingly won’t go higher than 11.5 on an over/under and that has led to the Patriots and Steelers busting their win total projections on a year-to-year basis with 14 combined overs in the last 10 years.

When factoring in standard deviations for each team (essentially how consistently teams are beating or losing to the over/under line), the Steelers and Patriots rank among the four lowest teams in the league. This means their results are more consistent and dependable than teams with a higher standard deviation of results.

The Broncos are another interesting team. If they hadn’t underperformed so badly last season, they would be toward the top of this list. Last year’s disaster makes their 7-2-1 record against the O/U in the last decade even more impressive. For a team as high profile as Denver, it’s surprising oddsmakers consistently overlook them. Denver is in the bottom third in standard deviation (2.24), so we can reasonably rely on their decade of results as indicative of a larger trend.

Then, there are the non-traditional powers who get overlooked — the Cardinals, Panthers, and Vikings are good examples. At various times over the past decade, these three franchises have fielded competitive teams and it takes oddsmakers a little while to catch up.

Besides going through transitions, none of these teams are tremendously reliable when it comes to standard deviation. This basically tells us that when they are under their win projection, they are way under and when they are over, they are way over. Carolina has the highest in the league (3.71) and Minnesota (3.09) isn’t far behind. Meanwhile, Arizona (2.56) is in the middle of the pack. These teams are too unpredictable to reasonably bank on a particular result relative to an O/U projection.

That leaves the Falcons, Ravens, and Saints. We’ve seen these teams consistently make the playoffs over the past decade, and if it weren’t for an epic collapse by Atlanta in Super Bowl LI, all three would have Super Bowl rings in the last 10 years. The teams have one thing in common: the core of their roster rarely changes, but key role players do. That constant churn (think Baltimore’s receiving corps or New Orleans’ defense) could be making oddsmakers underestimate each team’s season win total.

When we look at standard deviations for these three teams, we get three different stories: the Falcons’ results are unreliable; the Saints’ are reasonably dependable; and the Ravens’ are very dependable. We can expect that Baltimore’s trend of beating O/U projections is the least random.

Where does that leave us? Below is a list of each of the “overachievers” team’s O/U according to Bovada for the 2018 NFL season. (Here you can see the odds at the Westgate Las Vegas SuperBook.) Later we will break down all the best bets but let’s take a brief look at what the data can tell us about the consistent overachievers this year:

As we mentioned, oddsmakers refused to go up to 11.5 for any team on this list. Can the top two — the Patriots (11) and Steelers (10.5) — continue to top over/under predictions? Once you start climbing into the double digits, it’s tough to say. Both teams have question marks with Brady’s drama and Bell’s contract but the neither issue is a new one for either team. If you think those are red herrings, betting on the most consistently strong teams in the NFL has proved successful the past decade.

The next tier includes the Vikings (10), Saints (9.5), Falcons (9), and Panthers (9). All but Minnesota play in the NFC South, so it’s tough to predict all three would get at least nine wins, but there’s a good chance one will — especially because the Bucs will be without QB Jameis Winston for the first four games of the season. What to do? Pick the NFC South team you favor most and go from there.

Baltimore (8), Denver (7), Arizona (5.5) complete the list. What do these teams have in common? Changes or potential changes at quarterback. The Ravens still have a struggling Joe Flacco (who has reportedly looked good in training camp so far), and traded up to take Louisville star Lamar Jackson. Denver, which had a strong defense in 2017, has been unable to adequately replace Peyton Manning and signed Case Keenum, who brought Minnesota to the NFC Championship last year. He’ll start ahead of 2016 first-round pick Paxton Lynch and Chad Kelly. The Cardinals signed Sam Bradford to replace Carson Palmer and used a first-round pick on Josh Rosen. Star running back David Johnson, who missed most of last season, returns as well.

Your confidence in these picks comes down to your confidence in each team’s quarterback. Every team has been underrated in the past, and it’s likely that one of these QBs will break out.  It’s your job is to decide who that will be.

Go here to check out the full sortable chart with win total data.

Jacob Kornhauser is a sports reporter in Southern Oregon covering all sports, including Oregon and Oregon State athletics. He has been a national baseball writer for Bleacher Report and Rant Sports and has written two baseball books. He also specializes in sports betting analysis. He is a graduate of the University of Missouri Journalism School.