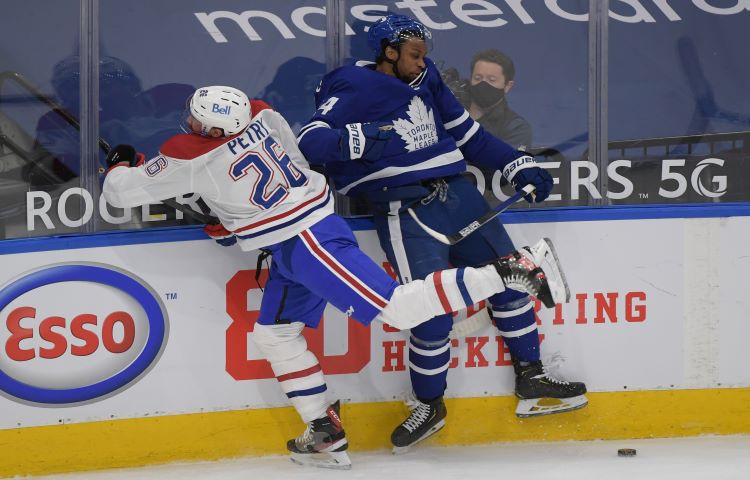 Tune into an NHL game this week on Turner Sports and there is a strong chance you will notice a host of new graphic enhancements, as the network attempts to make a splash in the first season of a seven-year broadcast partnership with the league.

The new integrations include the display of player-and-puck tracking data, a plethora of high-speed camera feeds, and a virtual power-play clock embedded into the ice, similar to a feature TNT implemented for NBA games with a running shot clock displayed on the court. Ahead of Wednesday’s NHL debut on Turner Sports, DraftKings inked a partnership with the NHL to become an official sports betting partner with the league. Under the deal, DraftKings reached an agreement with Turner Sports, including Bleacher Report, to be the exclusive sportsbook and daily fantasy sports provider for their coverage of the NHL.

“Over the years, DraftKings has become a brand synonymous with sports, with a fan-first approach through real-money gaming options, and we look forward to collaborating with the NHL alongside Turner Sports and Bleacher Report to provide hockey fans with what’s next in sports,” said Jason Robins, DraftKings’ CEO, chairman, and co-founder, in a statement.

The start of the NHL season represents a watershed moment for legalized sports betting in Canada. For the first time since the Canadian parliament decriminalized single-event sports betting in June, Canadians will be able to wager on single-game NHL hockey on the legal market. While Windsor, Nova Scotia, is commonly referred to as the birthplace of hockey, after evolving from the game of ice hurley, it is widely accepted that the first organized indoor hockey game took place on March 3, 1875, in Montreal.

In April, the NHL signed a multi-year broadcast deal with Turner Sports at a reported cost of $225 million per year. The deal complements a previous-announced multi-year agreement with ESPN at a reported of figure of $400 million annually.

While Canadians have been able to legally bet on parlays for decades dating back to 1985, the bet types have only been available in limited form through the nation’s provincial lotteries. With a low probability for a successful outcome, parlays carry high amounts of risk.

A straight moneyline wager in Friday’s Vancouver Canucks-Philadelphia Flyers’ matchup will pay +125 on a Canucks’ win (a $125 payout on a $100 wager). But if you plan on stringing several wagers together in a six-leg parlay, the probability of hitting the wager is considerably lower — typically around just 2.75%. The newfound opportunity to wager on single-game bets is expected to open the market to thousands of recreational bettors.

“You’ve had parlay betting for a long time. That’s a big differentiator between what was happening in the states and in Canada. Now, you’re just flipping the switch,” NHL Chief Business Officer Keith Wachtel told Sports Handle at last week’s Global Gaming Expo in Las Vegas.

Turner Sports' first season in the NHL will aggressively leverage player and puck tracking data, unique graphical enhancements like dynamic line changes, a virtual power play clock that will be inserted onto the ice, and 25 camera feeds.https://t.co/4zorwX33zF #sportstech pic.twitter.com/nGqVDYq6UI

Wachtel also indicated that a network partner such as ESPN could have the ability to offer a second-screen, gambling-focused alternative broadcast with approval from the league. The alt broadcast draws some parallels to a second-screen format ESPN offered last month during the Monday Night Football season debut, which featured live on-screen, in-game odds.

“We think it is great what the Manning Brothers are doing for Monday Night Football on ESPN 2. What what we want to do is make sure fans have flexibility,” he said. “There will be some fans that don’t want any interaction with sports betting, they don’t want to have their screen with odds the whole game. There will also be fans who will love it. We want to provide those fans with more and more data.”

Much like PointsBet‘s integrations into NHL broadcasts on NBC Sports, the league has guidelines for how its new broadcast partners will implement sports betting into a national broadcast. At a minimum, a sportsbook operator must become an official sports betting partner of the league before a network will receive clearance to integrate their odds into a telecast. The guidelines will be specific to what ESPN, Turner Sports, and Rogers Sports & Media plan to offer from a sports betting standpoint. 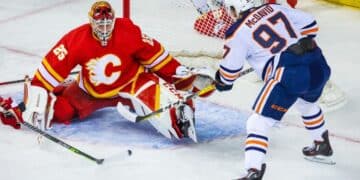