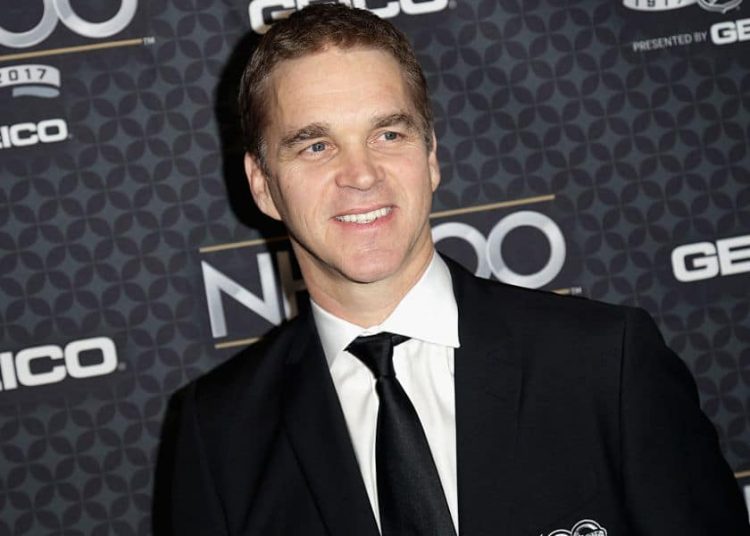 The NHL’s 180° on the virtues of sports betting is causing whiplash among people who for two decades saw NHL commissioner Gary Bettman shout about the dangers of legal sports betting and its potential to ruin sports.

Following a flurry of recent NHL announcements including deals with MGM Resorts International to become an official sports betting partner, and a partnership with FanDuel to become the “exclusive official daily fantasy partner and an official sports betting partner of the NHL” —  Los Angeles Kings president Luc Robitaille on Wednesday said that gambling revenue derived from such deals and other channels could actually lower ticket prices or at least prevent them from rising at the same rate.

Robitaille made the remarks during an appearance on ESPN’s On Ice podcast with Greg Wyshanski and Emily Kaplan on Wednesday, saying in part: “I’m not going to guarantee it’s going to bring down ticket prices, but it might hold the raise a little bit. If a team plans on raising ticket prices by 8 percent, they might only raise them by 5 or 4 percent. If there’s a lot more money at the table, it makes everybody’s life easier.”

We’ll put the likelihood of a reduction of prices and/or slowing of their incremental increases at 25-1. Let’s now explore the reason for that line a bit deeper.

Robitaille acknowledged a key point about the league’s business model, which is  different from the other pro leagues and the NCAA: its primary money maker is tickets/gate receipts — not TV deals (see above).

“You would think [new sources of revenue through legal sports betting] would help with always putting the pressure on fans to keep paying … hockey is still a ticket business, primarily,” he said on the podcast. “Hopefully that helps offset some of the ticket pricing. I’m not sure about it, but it could if the money is significant enough. There’s a lot that could go around it.”

The average price of an NHL ticket in the secondary market ranges from $72 for the Arizona Coyotes up to $332 for a Toronto Maple Leafs game (topping the Golden Knights in the #2 spot at $271.)

An American Gaming Association study commissioned by Nielsen Sports projects that the NHL stands to yield a new $216 million through sports betting, through media rights, sponsorship, merchandise and ticket sales.

“If teams profit, then everybody will profit,” Robitaille said. “If you go by the numbers on the illegal part, it’s pretty significant. If that part ends up on the team side, I think it’s going help everyone. First of all, the [salary] cap will go up. Fans will be happy. Teams will spend more money on players. Players’ salaries will go up.”

That’s all nice and true but why will any team lower prices or knock down the typical increases year to year? Unlike in the NFL or MLB where it’s common to see sections and rows of empty seats, NHL stadiums are usually packed. Over 80 percent of teams last year saw over 91.8 percent capacity in their arenas. NHL fans are a loyal bunch and the game is wonderful to watch live, so if the level of play remains high, there should be no concern about fans canceling their season tickets or not scooping them up when time permits.

Robitaille explicitly offered no guarantee regarding the cost of tickets, but even the notion of teams taking a new stream of revenue and handing it back to the fans strains credulity.

More likely teams will invest in improving their arenas or making renovations like the kind Devils fans will see at the Prudential Center, where owners are creating luxury loft spaces and premium seating… to produce more revenue.

You get the idea. If any NHL fan believes newfound sports betting revenue will trickle down to them, we’ve got a brand new corporate tax cut to discuss.