NHL, NBA Not Quite Ready To Go All-In On Gambling Odds 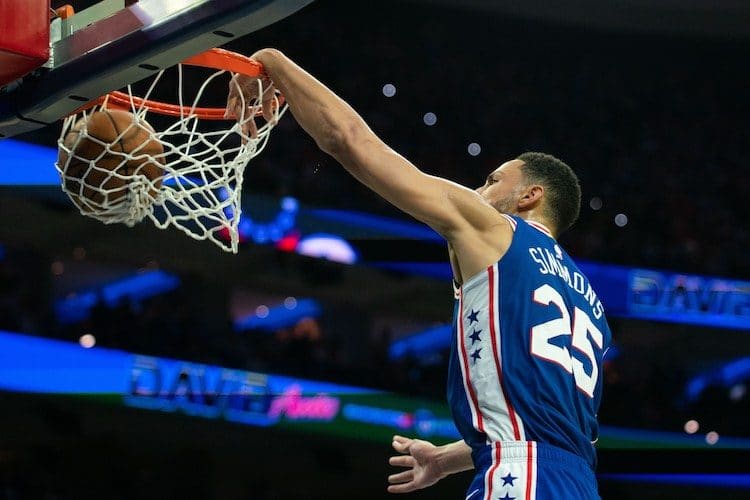 Share on FacebookShare on Twitter
Down the road, a Harris Blitzer Sports & Entertainment (HBSE) executive told a Betting on Sports America conference audience last week, expect to see direct integration of gambling information with the arena or television fan experience.
“Now that sports betting is legal [in about half the U.S. states], I think it’s unbelievably safe,” said Adam Davis, chief commercial officer for the company that owns the NBA’s Philadelphia 76ers and the NHL’s New Jersey Devils.
“But this a crawl-before-walk mode. Eventually we have to get to a place where we directly engage our fans. And I believe we’ll get there. But this is all still in the infancy stage.”
Davis said that when the time comes, fans might be asked, for example, before the third period to log into a particular sports betting app to get odds for how the Devils will fare by the end of the game.
“I think that is probably five-ish years away,” Davis added on a panel moderated by former American Gaming Association executive Sara Slane, who now runs a gaming industry advisory firm.
In the meantime, the Devils plan to roll out a new “free to play” contest with Caesars “in the next few weeks” that may whet the appetite of future gamblers – with the 76ers still working through plans for a similar offering.

The Devils already have partnerships with FanDuel, William Hill, and Caesars for sports betting – but in a low-key way. The William Hill Sports Lounge at the HSB&E-owned Prudential Center in Newark, for instance, has employees who are not permitted to take bets at a teller window. Instead, they work with visitors to help them launch the company’s sports betting app on their smartphones.
“Before you [bet], you have to have a level of education,” Davis said. “And that’s what I think was so smart about William Hill’s approach with the lounge.
“For many people, walking into a sportsbook is like walking into the New York Stock Exchange but you’ve never been in the stock market. It’s just a bunch of numbers flying all around. We’re doing $800 million in handle [in New Jersey in October], with very few people who know what they’re doing.
“Only a small percentage of people in the U.S. know how to place a wager – and ‘in-play betting,’ that is new to them.”
“It’s so great for sports because of the engagement,” Davis added. “This is fun. This isn’t taboo. And people aren’t putting up their house – people are putting up 10 dollars on a game and it becomes their favorite passion point for the next two hours.
Davis sounded a little jealous of Christian Henze, head of strategy for the two-year-old Premier Lacrosse League. Henze told the audience that his league has social media handles devoted specifically to betting.
That means, said Henze, that “I am explaining what ‘minus 185’ or ‘plus 160’ meant for our games.”
Davis said he would be “surprised if one percent of Devils and 76ers fans” knew what those betting terms meant. Neither the NBA nor NHL allow direct betting communication by its franchises, such as touting odds on the upcoming game and where they can make that wager.
Davis said that William Hill – a major brand in the United Kingdom and in Las Vegas – had just a 1% recognition rate in New Jersey when it reached its deal with the Devils.
“Their goal from the outset was to be third behind DraftKings and FanDuel in New Jersey, and our partnership was able to get them there,” Davis said.
Henze said betting lines already are featured on NBC broadcasts of games.

The PGA Tour, meanwhile, is taking a relative middle-of-the-road approach.
Golf Channel broadcasts of the CJ Cup event in Las Vegas – coincidentally won by Jason Kokrak, who wears a BetMGM golf hat – experimented with announcer discussions of betting lines as exotic as “Who will be the low scorer among these South Korean players?”
“We have no immediate plans to do it again,” said Chris Wandell, vice president of media development for the Tour.
Still, Wandell added that the Tour continues to study the issue and that “in 2021, you will see odds integration into our own products.”
Wandell said that the PGA Tour Live subscription product, available globally, has been integrating odds into the feed so that the Tour can then find out what does or does not “resonate with fans.”

The two-day conference last week, held remotely due to COVID-19, led off with an interview of William Hill US CEO Joe Asher by CDC Gaming Reports executive editor Howard Stutz.
Asher said the fact that two dozen states already offer sports betting just 2 1/2 years after a U.S. Supreme Court decision paved that path did not surprise him – nor did the recent five-state sweep in favor of gambling expansion in last month’s state elections.
“One thing I could pick out as as a bit of a surprise is the firmness of the embrace from the professional sports leagues for sports betting,” Asher said. “They go from fighting so strenuously in court to embracing so firmly after the fact.”
Stutz asked if Asher was wary of a potential new federal push to grab federal oversight of sports betting.
“I don’t see a case for federal legislation, but I have to be mindful of it,” Asher replied. “I’d like to think that Congress has far more important things to worry about right now.”
ShareTweetShare 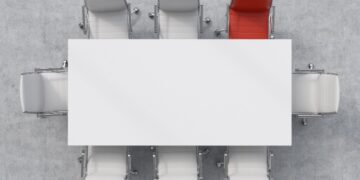 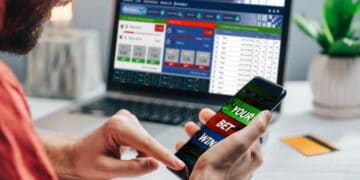 AGA To DOJ: Crack Down On Illegal Gambling Websites