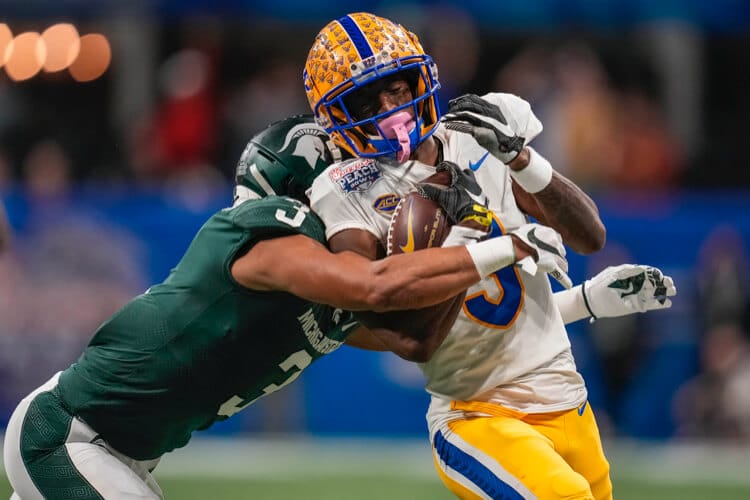 When news broke late last month that UCLA and USC would soon leave the Pac-12 for its traditional conference rival, the Big Ten, I joked to some co-workers that the University of Oregon would soon be bolting as well — to the SEC.

I picked the SEC in jest because, geographically, the American Southeast is the farthest region from the Pacific Northwest on a U.S. map. Naturally, only about a week went by before a legitimate news organization speculated that Oregon and the University of Washington (my Seattle-based alma mater, and even farther from the Deep South than Eugene) might “hold out for the possibility of joining the Big Ten or SEC.”

Conference realignment is nothing new, but what makes the SoCal powerhouses’ decisions to defect particularly noteworthy is they seem driven, at least in part, by the pursuit of more lucrative Name-Image-Likeness deals for their athletes. According to Front Office Sports, UCLA’s athletic director and chancellor proffered that the move to the Big Ten would “enhance” NIL opportunities through “greater exposure,” reasoning that the conference’s new coast-to-coast composition would give brands more bang for their buck if they struck deals with Bruin ballers.

“Capitalism is the bottom line,” Robert Kowalski, sportsbook manager for Baldini’s and ZenSports, told Sports Handle. “Footprints don’t really matter anymore. I can’t tell you how much yelling at the clouds I was doing when I saw the Big East fall apart. The Big East was everything for me.”

It takes a lot to make Lane Kiffin seem like a sage, but after star Pitt receiver Jordan Addison entered the transfer portal without actually declaring which school he’d be transferring to (he eventually chose USC over Texas and Alabama), the Ole Miss coach looked pretty prophetic with his December declaration that “we have free agency in college football” as a result of the NIL bonanza.

‘Tough to manage from a risk perspective’

While not inextricably linked, the combined forces of the transfer portal, conference realignment, and NIL deals have turned college athletics on its head — with sportsbooks scrambling to keep track of what’s what.

“We kind of just let our players shape those futures markets — especially the sharper ones,” PointsBet analyst Mike Korn said, in reference to college athletics. “In theory, it would be great if we could be proactive on every single market we’re offering, but there are hundreds and hundreds of futures markets. It’s tough to manage it from a risk perspective.”

“We have to follow the offseason in college football, which we never did before,” said John Murray, executive director of sportsbook operations at the Westgate SuperBook in Las Vegas. “In the past, we’d just put up college football futures, and unless there’s a significant injury, we wouldn’t have to do much. The main thing it impacts is bowl-game betting. Not only do you have players who aren’t playing [because they’ve declared for the NFL draft], but you also have also have all these guys in the transfer portal.

“Nevada had a tough month in December, and a lot of that had to do with bowl games. It doesn’t impact us much on national championship futures, because there are only a few teams who can win, and that’s where most guys will be transferring anyway.”

Gals, too. The Cavinder twins, who were already among the top NIL earners while teaming up in Fresno State’s backcourt, recently announced that they’d be taking their talents to South Beach (or close by, anyway) to play for the University of Miami’s Lady Hurricanes. And while they told The Tampa Bay Times that they were “transferring because of basketball,” they did concede, “Obviously, we’re not going to sit here and say Miami doesn’t have great business opportunities.”

Speaking of Miami, the school is currently under NCAA investigation for possible improprieties involving a booster, John Ruiz, who reportedly signed 115 student-athletes — most of them Hurricanes — to NIL deals. One player believed to be a Ruiz signee is blue-chip quarterback Jaden Rashada, who allegedly accepted a $9.5 million NIL deal from the Miami booster over a more lucrative $11 million offer that would have bound the recruit to the University of Florida. (Both Rashada and Ruiz subsequently denied this report.)

In other NIL-related news that might give college football observers of a certain age ‘80s flashbacks, Ohio State quarterback CJ Stroud signed a deal with a luxury car dealership that earned him a $250,000 Rolls Royce — only to immediately swap it for a $200,000 Mercedes G-Wagon.

Driving a Rover — and staying in school

Desmond Ridder can relate. With a baby on the way, the University of Cincinnati quarterback could have been forgiven for leaving school early and declaring for the 2021 NFL draft in order to support his growing family. Instead, he chose to return for his senior season in hopes of raising his draft stock — a scenario that would have been highly improbable had he not been able to make money from NIL deals.

Ridder earned an estimated $250,000 from NIL deals during his senior year as a Bearcat. In the process, The Associated Press wrote that he “traded his Kia for a Range Rover and bought Bose headphones for his offensive linemen.”

“It allowed me to kind of relax, especially financially,” he told the wire service, shortly before being selected in the third round of the 2022 draft by the Atlanta Falcons. “You know, having a house at the time, paying bills, which I probably wouldn’t have been able to do just on a COA (cost-of-attendance stipend), so being able to start a family in April when I welcomed my daughter to this world, it just made me calm and sort of gave me a sense of security.”

In the same story, Peter Schoenthal, the CEO of Athliance, which advises players on NIL deals, said, “If I’m a fifth-, sixth-, seventh-rounder and have no guarantee of making a team and a guy on the practice squad makes $90,000, maybe I’m better off coming back. … I think we’ll see quarterbacks slotted for the second or third round come back to get first-round money and make some of that NIL money to bridge the gap.”

All in all, it’s enough to make Michael Vick wish he’d been able to play another year at Virginia Tech rather than leave a year early to sign a six-year, $62 million contract with the Falcons.

“I definitely think there would’ve been some dynamic numbers,” Vick said on The Rich Eisen Show last month. “Definitely been enough to keep me around in school. I wasn’t the guy who wanted to leave early, but because of circumstances in my life, I felt like I was forced to leave early. I wanted to enjoy that college experience. I feel like I was just growing into my own, growing into a man, and I just didn’t want to make life super serious. But sometimes, as a young man, you’ve got to make adult decisions, and that was the decision I made at the time.”

“So many times, especially in football and basketball, players come from lower-income families where they have so much pressure on them to provide and be the breadwinner in the family,” Schoenthal told the AP. “Now, if you come back to school and don’t rush the process, you can make a nice living. And if the money isn’t the factor, it allows the factors that really matter — like individual development and a degree — I think you’ll see more players coming back.”

In the current NIL landscape, what this all adds up to is a relatively loaded transfer portal balanced out by the fact that some enriched returnees are perfectly comfortable on their current campus.

From an oddsmaking standpoint, Korn said these countercurrents “kind of balance [each other] out,” adding, “There are guys who are gonna want to leave, but then on the other hand, there are always the guys who are going to want to stay true to their teams and schools and stick around.”

“I would lean toward making a program similar odds to the year before if I know that they have a class with a good core that is mostly juniors,” said Kowalski. “With NIL, I would probably say if you have marginal possibilities of going in the teens, you know what? All eyes will be on me [in college] and now I’m getting compensated for it.” 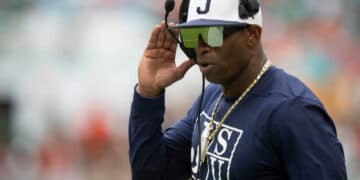