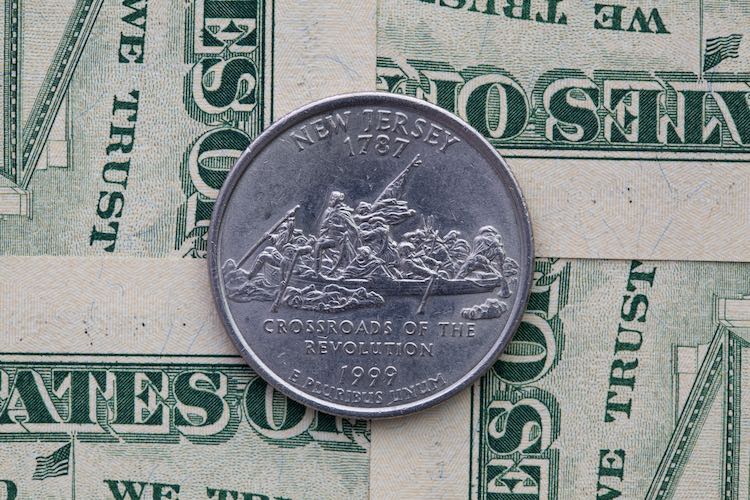 It’s information overload everywhere, and there’s not time enough to sleep and eat and stay fully apprised of what’s happening on this crazy blue dot of ours (two out of three ain’t bad). Here’s the weekend (or fashionably late) Sports Handle item, “Get a Grip,” recapping the week’s top US sports betting stories, highlighting some fresh news, and rounding up key stories. Also check out this week’s Wild World of Gambling at US Bets

The New Jersey Division of Gaming Enforcement reported on Monday that the legal sportsbooks in the Garden State handled $931.6 billion in wagers for November, another new monthly record.

The New Jersey market steadily swelled in size post-PASPA, then of course fell off once COVID sidelined nearly all of sports, before action rebounded to repeated record levels — now for four months running — coinciding with the reboots (or boots) of the NBA, NHL, and MLB seasons in late July.

Here’s the recent breakdown, with a string of pandemic months excluded:

Sportsbook revenue collectively was $50.6 million in the most recent month, while the state’s coffers added a much-needed $6.2 million.

The percentage of wagers coming online versus in person has steadily grown as well — up from 90.1% in August to 93.61% in November. While ongoing public health measures reducing casino/racetrack sportsbook foot traffic, plus the arrival of freezing cold temperatures, will buttress the percentage online, there’s not much room left to grow.

This is yet another opportunity to flag one consistent tenet, and one open question. The tenet is that states not permitting statewide mobile sports betting or remote registration are comically misguided about customer demand, and the corresponding upside for commercial and state-level interests. Restricting wagers to physical locations seems akin to running a Domino’s Pizza franchise that won’t deliver a pie.  (Pie means a full pizza, for you non East Coasters.)

But one open question remains — how much of this consistently increasing number comes from dollars flowing into the Garden State from the other side of the border. According to the anonymous DraftKings proxy bettor — an awful lot, perhaps attributable to lax KYC enforcement and a sportsbook’s own cultivation of VIP clients. To be continued.

And by the way, what’s the point of memorializing each new monthly high water mark? Well, it’s a good way to measure market size and growth, and competition between the sportsbooks, and results produced by different (or similar) market models shaped in each state.

There’s disagreement about whether this constitutes reporting or cheerleading. Maybe style matters.

More broadly, conversation around a “record” betting handle, and revenue, boils down to dollars risked on sporting events. Compare with measuring summer-movie blockbuster box-office receipts (in a more normal year). Both are dollars spent on entertainment, of course there’s less risk of addiction and self destruction for cinephiles than gamblers.

Elsewhere in record and non-records around the country: Illinois and Pennsylvania

A new record (!!) in Illinois. My colleague Chris Altruda writes on Thursday about the latest Illinois  figures (October), which show a surge to $434.6M wagered at legal sportsbooks during the month.

Aided by having all five of its mobile sports betting operators available online for the entire month for the first time since operators went live in March, the Illinois Gaming Board on Thursday announced a record handle of nearly $434.6 million in October. The figure was 42.4 percent higher than the $305.2 million reported in September, when both PointsBet and William Hill launched operations mid-month. It was the biggest month-over-month percentage increase of any jurisdiction with legalized sports wagering that generated a minimum handle of $10 million.”

Different story in Pennsylvania, where the sports gambling handle ticked back down to $491.9 million in November from $525.8 million in October. Go deeper into those numbers at PennBets.

A coalition of 18 California tribes last week submitted 1.4 million signatures to the Secretary of State for the sports betting ballot initiative that would go on the November 2022 ballot. The tribes began collecting signatures at the beginning of the year, and after several starts, stops and extensions due to COVID-19 shutdowns, they were able to collect about 400,000 more than required by the Secretary of State. About 998,000 of those signatures must be verified in order for the initiative to move forward.

The initiative calls for legal retail sports betting at tribal casinos and horse racetracks. Card rooms are shut out of the proposal, which would allow for betting on professional, college, and amateur sports, but would prohibit wagering on California-based college games. The tax rate on gross revenue for wagering at horse racetracks would be set at 10%. The initiative would also legalize roulette and dice games at tribal casinos.

Just heard the signatures for the California sports betting initiative were turned in this week.

The looming question between now and 2022 is whether or not the tribal initiative will be the only one on the ballot. State lawmakers attempted to pass their own referendum bill during the 2020 session, but withdrew the bill before a full vote. California’s tribes have long been the drivers for gaming in the state, but the initiative does not allow for wagering at the state’s card rooms or via mobile device.

Earlier this week, Kentucky Gov. Andy Beshear all but implored lawmakers to legalize sports betting — and marijuana — next year, but his efforts may be for naught. The Kentucky legislature only meets for 30 days in odd-numbered years, making it hard to pass anything, let alone a topic that has proved contentious in the Bluegrass State. In addition to that, the state’s Supreme Court in September ruled that some historical horse-racing machines don’t meet the definition of pari-mutuel betting, according to the Daily Racing Form, and the machines are similar to slot machines. All of that means that a major expansion of gaming could be on hold, and sports betting along with it.

Legislative champion Adam Koenig, a Republican, is promising another sports betting bill, and he’ll stand next to Beshear, a Democrat, once again to lobby for it. In the past, Koenig’s issue hasn’t been bridging the gap between parties, rather he can’t seem to wrangle all the Republicans onto the same page. The session opens Jan. 5. 2021.

Sports betting won’t get legalized in the Ohio this year, one of only two states considering sports betting where the legislature is still in session. (The Massachusetts legislature goes year round, but also has not found any resolution on sports betting.) Ohio’s SB 111 was expected to get a hearing this week, but it did not appear on any agendas, likely meaning that sports betting backers could not come to a consensus. The session ends Tuesday.

Ohio has been a perplexing state to watch in terms of sports betting — there are no real wagering opponents, just two regulatory schools of thought that haven’t relented to compromise. And whatever progress was made this year could be lost, as key bill sponsors in both the House and Senate won’t return.

Browns take a safety on the last play of the game to cover Ravens (-3.5)

HOLLYWOOD IN MD: Penn National lines up Barstool for Maryland betting [US Bets]

PENN PROFILE: Penn National’s new QB put all he learned from poker and football Into
a challenging first year [US Bets]

The NBA has tweaked its policies on sportsbooks inside arenas. Fans inside the arena will have access to/from the William Hill sportsbook at Capital One Arena during Wizards games, for example.

So, you want to be a placekicker.

You’ll need time, money, and a willingness to prove yourself every single time you step on the field.

My story for @FiveThirtyEight https://t.co/qrrxlWhUep

Get more certain everyday the books that sweat every bet and restrict at the drop of a hat are gonna get their asses handed to them.