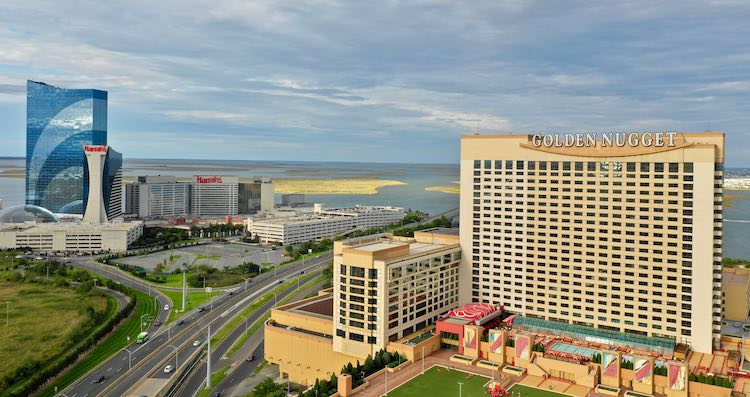 The COVID-19-triggered live sports nadir in mid-March, when the NBA suspended play and then March Madness got sidelined, resulted in an expected plummeting in sports betting handle (alongside the cratering of the U.S. and global economies). From a New Jersey high of $562 million dollars wagered at legal sportsbooks in November 2019 during the height of football season, a barren sports menu sent the tally down to $55 million for the month of April 2020. That still seems like an accomplishment for the sportsbooks, which were left with only table tennis and a speckling of international soccer games around that time, before Korean baseball (KBO) came to the rescue in May.

In May, the number rebounded to $117 million and ticked up again for June according to this week’s report, showing $165 million wagered on sports. All of that came via online/mobile betting apps, of course, as casinos or racetracks housing sportsbooks were not open to the public in June. On the revenue front, sportsbooks kept a combined $12.6 million for the month on a 7.6% hold. As usual, the Meadowlands Racetrack (partnered with FanDuel and PointsBet) and Resorts Casino (DraftKings and FOX Bet) led the way, with a combined $10 million in revenue, or roughly 80% of the collective industry total, between those brands. (For a look at NJ online casino and iGaming results for June, visit NJOG).

July probably will represent one more step up the sports betting mountain, as Major League Baseball is set to begin its season on July 23 in a modified 60-game regular season, and the NBA just before the calendar turns to August.  Looking onto the horizon, however, things are not looking so sunny for the return of collegiate athletics in the fall.

NCAA president Mark Emmert: “Today, sadly, the data points in the wrong direction. If there is to be college sports in the fall, we need to get a much better handle on the pandemic.” https://t.co/5EZOIjdi6a

Senate committee to bat around sports wagering and college sports

Twenty-six months after the U.S. Supreme Court in Murphy v NCAA ripped up the Senate-driven 1992 federal ban on full-fledged sports betting outside Nevada, there’s an upcoming Senate Judiciary Committee hearing concerning the integrity of college athletics. The focus will be on intellectual property and image/likeness issues, which follows long-sought laws (except by the NCAA) such as the Fair Play To Play Act in California, which has made it easier for college athletes to earn money from endorsement deals without losing their scholarships. ESPN’s David Purdum reports that “discussion on the impact of sports betting is also expected, according to a Senate Judiciary Committee aide.”

The witness list for the Wednesday, July 22 hearing is not yet available, so it’s impossible to surmise at this point where the sports betting conversation may go or in how much depth. At the end of 2018 prior to his retirement from the Senate during a lame duck session, longtime Utah Senator Orrin Hatch (R), alongside Senate Minority leader Chuck Schumer from New York (D), introduced the Sports Wagering Market Integrity Act of 2018, that would have imposed certain national standards for legal sports betting. The largely symbolic bill did not advance. The current Chairman of the Senate Judiciary Committee is South Carolina’s Lindsey Graham (R), who is sure to do here, as in every situation, what is best for Lindsey Graham. Stay tuned.

Rhode Island lawmakers sent a pair of bills that would amend the current sports betting law and allow for remote registration to Gov. Gina Raimondo on Thursday. Both bills, HB 8907 and S 2919, passed both chambers. Rhode Island currently requires bettors to register for online/mobile accounts in person at one of the state’s two casinos. The new bills would allow bettors to register via mobile device. Operators view in-person registration as an impediment to signing up new customers, thereby limiting potential handle and revenue.

As states across the country struggle with budget deficits in the face of the COVID-19 crisis, Rhode Island isn’t the first to consider doing away with in-person registration. In June, Illinois Gov. J.B. Pritzker used an executive order to temporarily eliminate the requirement.

Rhode Island is one of two New England states with sports betting. New Hampshire, which has a mobile app powered by DraftKings, allows remote registration.

Tables tennis garnered the highest handle in May, Colorado’s first month of legal sports betting, according to the first Colorado Sports Betting Proceeds report released on Monday. Operators in the state booked a total of $25.6 million in wagers, with $6.6 million placed on table tennis. Four operators were live online for the full month, while two more came online before May ended. Colorado is expected to have more than 30 sports betting mobile/online platforms.

Colorado was the first in the U.S. to allow its operators to go live during the COVID-19 crisis, when major professional sports were shut down, and stay-at-home orders were still in place in some states. The state took in $96,537.55 in tax revenue, according a press release from the Department of Revenue.  State sportsbooks had a hold of about 3.6%, or $946,741.

Had the honor of interviewing @RoxyLasVegas for his induction into the Sports Betting Hall of Fame.

If interested, @SBCGAMINGNEWS is offering it on demand here (auditorium, end of Day 2): https://t.co/xsKseOJWPb

ON THE RUNWAY: Penn National says its new sports betting app via Barstool will be ready for football. [CDCGaming]

VIVA LAS VEGAS: Betfred will make its Vegas debut via a deal with the Mohegan Sun Casino [CDCGaming]

NO. 3: Retail sportsbook at the Wildwood Casino is first in Cripple Creek, third in Colorado to open. [Gazette]

GVC has also announced that Shay Segev, the Group's COO, has been appointed to succeed Kenny Alexander as CEO. The changes, which follow a long-term succession process, will take place at the close of business tomorrow, 17 July 2020: https://t.co/CsYOMU7gpr pic.twitter.com/qvof8f4WZd