Regulators leaning toward a universal start date, and temporary regs are being revised for vote 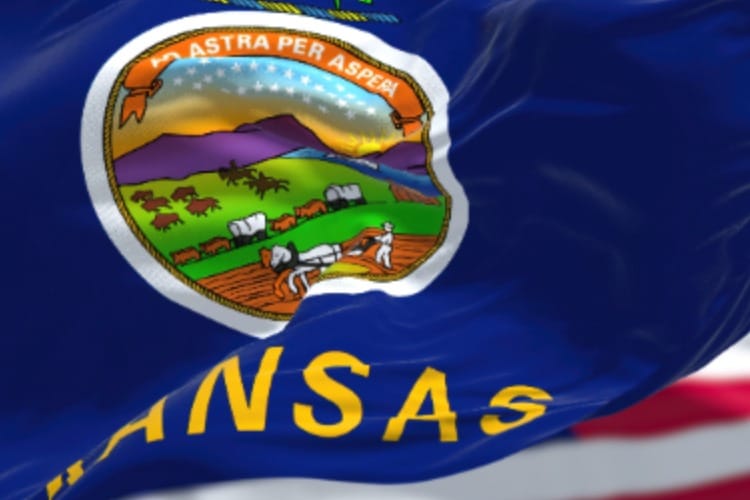 While Kansans and potential Kansas operators may be champing at the bit to get sports betting up and running, regulators recommend reining in that enthusiasm. Could live sports betting be available by Sept. 8 when the NFL season kicks off with the Buffalo Bills playing at the Los Angeles Rams? Possibly. Will it be? Probably not.

Neither the Kansas Racing and Gaming Commission (KRGC) nor the Kansas Lottery have a go-live-date goal they’re willing to share, though both say there will be a universal start date and that both retail and mobile betting could go live simultaneously. The most recent state to launch in-person and mobile betting in tandem was Arizona, which did so on the opening day of football season in 2021.

The KRGC and the Kansas Lottery currently share regulatory duties for gaming in Kansas and will continue to do so with wagering.

“Our agency doesn’t have a go-live date that we’re trying to hit, at least not as of now,” KRGC spokesman Todd Allen told Sports Handle this week. “We have to make sure all these processes are in place before we are up and running.”

Echoed Cory Thone of the Kansas Lottery: “’Football season’ is definitely something you’ll hear thrown around, but it’s not a timeline we are able to commit to. The main focus at this time is to create a system that is secure, functional, and safe for our players.”

The punch list is long, and while there’s plenty of excitement and anticipation surrounding any launch, wagering was legalized in Kansas May 12 and the law became effective July 1. In most states, the time it takes to get from legal to live runs about six to 12 months, though a handful of states including Connecticut, Indiana, and Iowa launched in four months or under.

The KRGC is aiming to vote on temporary regulations at its Aug. 12 meeting at the earliest, after staff decided to postpone from July 22. After that, applications must still be approved and internal controls reviewed, among other necessities.

According to Allen, KRGC staff decided to delay putting proposed temporary rules before the commission last week after getting extensive comments from operators. He said the KRGC will incorporate many, including doing away with a requirement to show a photo ID for registration and requiring that accounts be created in Kansas, before presenting the rules for a vote. When the rules are presented, they will be temporary, which means they could be further tweaked before the permanent rules are crafted and approved.

Allen said the temporary rules have been “modified tremendously” and that permanent rules will follow sometime after launch.

It’s up to casinos/platforms what to launch

The lottery will oversee launch day, and Thone said that while the plan is for all four casinos to go live on the same day, how they do that will be up to each entity.

“How that looks is up to the casinos and what they would like to do,” Thone wrote in an email. “Some will probably go with an operator that can do both physical and mobile for the launch, others may choose to go mobile first or physical first. But the official first day where the bets can be made will coincide with all our casinos is the plan.”

#SportingKC president Jake Reid says the club has partnered with Hollywood Casino for naming on the CMP East Gate, and “depending on Kansas legislation hopefully we can do more with those guys soon.” Clearly hopeful that Kansas will legalize sports betting soon.

The new law allows for in-person wagering at each of the state’s four casinos — Boot Hill Casino in Dodge City, Hollywood Casino (Penn National Gaming), Kansas Crossing Casino (JNB Gaming), and Kansas Star Casino (Boyd Gaming) — and digital platforms must be tethered to one of these. Each retail location is entitled to three digital platforms, or skins, and the MLS Sporting KC and Kansas Raceway could potentially have platforms through marketing agreements with casinos. Penn National Gaming’s Hollywood Casino is located at Kansas Raceway.

Go-live could be ahead of Jan. 1 date

The new law requires that wagering be live by Jan. 1, 2023, but regulators appear to be on pace to be well ahead of that date. The law also requires the KRGC to have a process in place for background checks by Aug. 1 and open the process (which is essentially the application process) by Aug. 15. While there has been no official announcement, Allen said he considers the process to already be in place and says some operators have begun submitting the necessary paperwork.

Given that background checks take an average of 90 days in most states, even if the KRGC had a completed application in hand now, it would likely be October before that application could be approved. In addition, the KRGC must vote on internal control procedures, which appear unlikely to be ready for the Aug. 12 meeting. The next meeting is set for Sept. 9.

“We’re starting to work on some go-live checklists for retail and mobile,” Allen said, “but that hasn’t been completed yet. We really just have to make sure we have an honest product out there for the patron to use.”

On the lottery side, the agency must negotiate a contract with each operator. Thone said the process is underway, but since it involves the lottery, the KRGC, and the operators, it “can take some time.”

The next mandated deadline is Sept. 1, when the lottery must publish its licensing process. 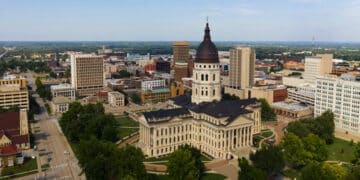 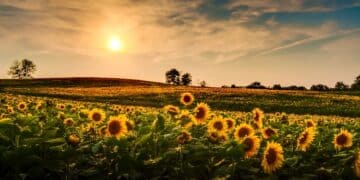