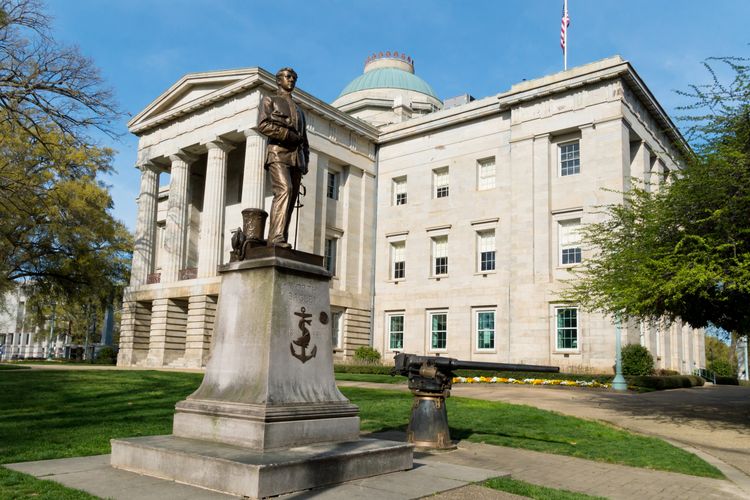 Stakeholders in North Carolina believe SB 688, a bill designed to implement widespread legalization of sports betting in the state, will pass this year.

“I believe we have a very, very good chance of passing this bill,” said Ches McDowell, a lobbyist representing the NBA, Charlotte Hornets, MLB, PGA Tour, and Churchill Downs. “I believe we’ll have the votes.”

Rep. Jason Saine agrees with McDowell, expecting the bill to make its way through the House successfully in the coming weeks. North Carolina’s 2022 legislative session starts on May 18, and Saine told Sports Handle the House will have “certainly enough majority to pass it.”

“I don’t think it’ll be a close vote,” said Saine, a Republican from Charlotte’s suburbs who has taken the lead trying to usher the Senate legislation through the House.

SB 688 passed through the Senate in 2021, so the bill only needs to make its way through the House and be signed by Gov. Roy Cooper to become law. Cooper previously went on the record supporting widespread legalized sports betting in North Carolina. Currently, North Carolinians can make in-person sports wagers at a pair of retail sportsbooks on tribal lands, but no mobile wagering is authorized in the state.

The bill would award 10-12 sports wagering licenses in the state, with a $500,000 licensing fee for applicants. Both mobile sports betting and in-person wagering would be allowed, with the retail sportsbooks required to be within a half-mile of a major sports venue. Bettors could wager on professional sports, college sports, amateur sports, and esports.

SB 688 has a tax rate of 8% on adjusted gross revenue, with 50% of tax revenue going toward the North Carolina Major Events, Games, and Attractions Fund, which would give grants to local governments and nonprofits to attract various entertainment events. The rest of the tax revenue would go to the state’s general fund.

Saine doesn’t expect drastic amendments to the bill during the upcoming legislative session, as he feels some details could be ironed out or changed following legalization.

North Carolina’s legislative session is scheduled to run from May 18-June 30, and Saine anticipates the sports betting legislation to be addressed in the first couple weeks of the session. The bill likely needs stops in at least two House committees — Finance and Rules — before making it to the floor for a vote.

The 2021 long legislative session was the longest in North Carolina history. Now, lawmakers are expected to return to Raleigh in May for what many are hoping is a truly “short” short session.#ncga #ncpol @JordanRobertsNC https://t.co/H9fGKICpak

The original timeline in the bill, which was introduced in April 2021, set Jan. 1, 2022, as the date when licensees could begin sports wagering operations. A new timeline could be inserted during this legislative session.

Saine’s discussions with other legislators make him confident the legislation will be approved.

“I’m ready to go with it,” Saine said. “As soon as we can get it on the schedule, we’ll roll with it. Good conversations all around with my colleagues, even those who are opposed. There are honest differences, and that’s OK. … I’m ready to get this one behind us and move on to something else.”