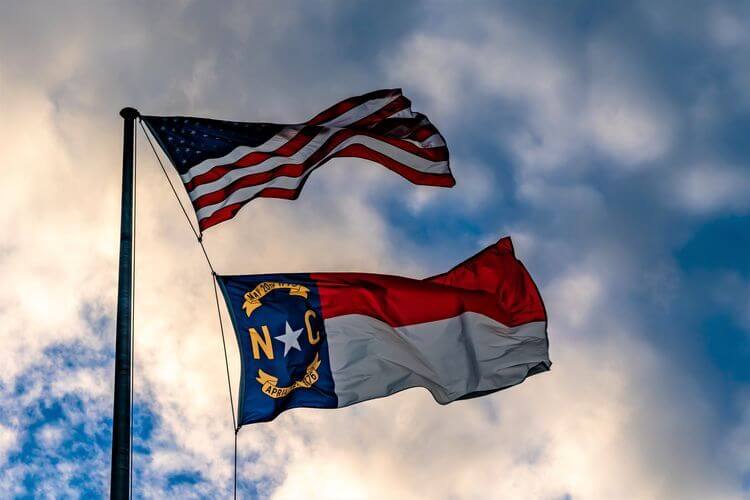 Changes are coming to a North Carolina sports betting bill, as legislators seem intent on increasing potential revenue. Sports Handle obtained a copy of a revised version of Senate-approved SB 688, which has been tweaked to increase licensing fees and the proposed tax rate, as legislators make a last-minute push to pass the bill in the 2022 legislative session.

In the most recent version of SB 688, which would legalize mobile sports wagering in the state, there’s an application/licensing fee for sportsbook operators of $500,000. If the operator doesn’t receive approval, the fee is returned. The new draft of the bill for possible consideration by the North Carolina House of Representatives would increase the licensing fee for those seeking operating licenses to $1 million.

Additionally, the licenses would need renewal every five years. The most recent version of the sports betting bill requires a renewal fee of $100,000, but the proposed changes would increase that fee to $1 million.

A less substantial proposed change to the bill would increase fees for sports wagering supplier licenses from $15,000 to $30,000. The fee for service provider licenses would also be doubled from $25,000 to $50,000.

The new draft of the bill sent to Sports Handle doesn’t specify a changed tax rate, but it does cross out the currently proposed 8% tax rate on gross wagering revenue. The expectation is that the tax rate will be raised to 10% or above, and WRAL reported earlier this week that it expects the new bill to contain a tax rate of 14%.

As for the allocation of the tax revenue, one of the most notable beneficiaries would be the North Carolina Major Events, Games, and Attractions Fund, which would receive 50% of annual tax revenue. An additional 5% would go to the North Carolina State Lottery Commission, and $1 million would be allocated to the Department of Health and Human Services to help with gambling addiction education and treatment. The rest of the tax revenue would be awarded to the state’s general fund.

The bill still allows for 10-12 entities to be awarded interactive sports wagering operator licenses. Among those qualified would be professional sports venues of teams in the MLB, MLS, NBA, NFL, and NHL. Some professional golf tournament hosts may also be granted licenses, and the same goes for some select motorsport facilities.

It’s expected that several big-name sportsbook operators would enter North Carolina’s mobile market through partnerships with some of the state’s professional sports franchises. For example, the NBA’s Charlotte Hornets named DraftKings as an official DFS partner in 2021, while the NHL’s Carolina Hurricanes have been open about wanting an in-arena sportsbook in recent years. This legislation could clear the way for that possibility.

Little time remains in the 2022 North Carolina legislative session, as it concludes on June 30. The sports betting measure is expected to be discussed at a Tuesday meeting of the House Judiciary Committee. After that, the bill may still need to stop in more committees before reaching the House floor. If changes are made, it would also require another vote by the Senate.

Sports gambling bill (SB 688) to be heard in NC House Judiciary committee on Tuesday, per @JasonSaine97th

Gov. Roy Cooper has gone on the record in support of sports betting, so his approval is expected should the House and Senate come to an agreement in the next two weeks. From there, it would likely take at least a few months for mobile sports betting operators to launch offerings in North Carolina.