by Chris Altruda
in Business, Regulation 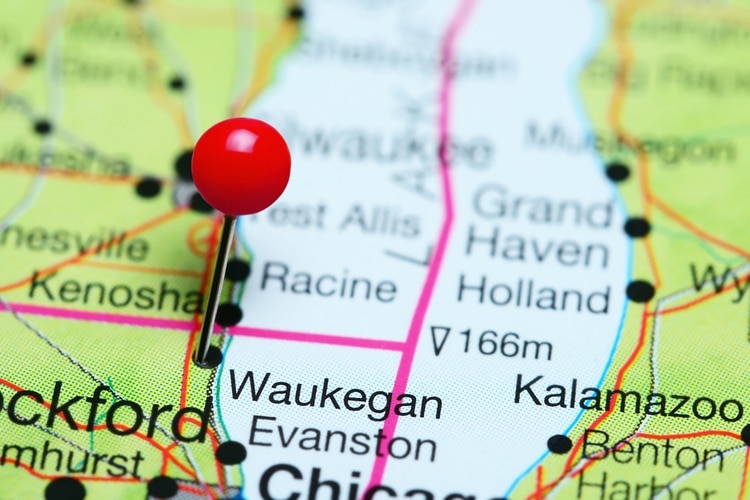 Two vastly different visions for what a casino would look like in the Fountain Square section of Waukegan were presented to the Illinois Gaming Board on Wednesday, when North Point Casino and Full House Resorts made their respective pitches to be awarded the state’s gaming license for that location.

Waukegan was one of six locations granted a casino license when Gov. JB Pritzker signed a massive gaming expansion bill in June 2019 that also legalized sports betting in Illinois. Waukegan’s city government certified three applicants to operate the casino, which then required the IGB to conduct a competitive selection process to determine a winner. A joint proposal from Rush Street Gaming and Churchill Downs Inc. was withdrawn Sept. 29 — the same day the Chicago Bears entered a purchase agreement with CDI for Arlington Park for $197.2 million.

CDI and Rush Street, the official sportsbook partner of the Bears (via BetRivers) and the team’s official casino partner, operate Rivers Casino in Des Plaines. It is the state’s largest revenue generator among the 10 gaming venues in the state and 30 miles from Waukegan. The withdrawal of the Rush Street-CDI bid from Waukegan, coupled with CDI’s sale of Arlington Park to the Bears, has raised speculation that the pair could bid for the downtown Chicago casino license. That site would be in direct competition with Waukegan, given that the Fountain Square location is approximately 40 miles from the Loop.

A third regional competitor for gaming dollars is Potawatomi Casino in Milwaukee, located 55 miles north of Waukegan in Wisconsin. Illinois Gaming Board Administrator Marcus Fruchter said prior to the presentations that the state agency remains on course to declare a winning bid for the Waukegan license in early January.

North Point’s executive team — fronted by Warner Gaming CEO Bill Warner and Tap Room Gaming CEO Michael Bond — presented it as a company with vast gaming experience that’s already forged deep ties with the Waukegan community, with Warner claiming that “nobody is better equipped to maximize revenue than us.”

Warner Gaming operates five casinos in four states, and Warner said the proposed casino in Waukegan can rival his development of the Hard Rock Casino in Sioux City, Iowa. He expects Waukegan would be similar to Hard Rock in the sense that it would draw approximately half its patrons from out of state, helping it outperform expectations.

North Point’s $452 million bid featured partner Charles Smith and local entrepreneurs Adam Velarde, a Burger King franchise owner, and Pam Netzky, creator of Skinny Pop popcorn. It touted the group’s minority representation and diversity, highlighted by prospective 30% ownership by minorities and 25% by women should all owners be approved for licensure by the IGB.

North Point would operate a temporary casino, with 60,000 square feet of gaming space across the street from the permanent Fountain Square location. It said that facility could be operational within six months of being selected as the winning bid. The temporary location has already been properly zoned for gaming and a local architect has been retained for the buildout.

Warner said North Point is fully funded and Phase I of its buildout would include an 81,500-square-foot permanent casino with a retail sportsbook, outdoor amphitheater with capacity for at least 5,000, and multiple dining options. It stated the project would create 1,000 construction jobs and 1,180 permanent positions, and a second phase would include a 200-room hotel featuring 20 suites, a spa and salon, and a rooftop pool if revenue projections are met.

North Point also would make an annual $400,000 contribution to the city for it to distribute as it sees fit and contribute 2% of annual gross gaming revenue. It added that its outdoor amphitheater would serve as a complement to the Genesee Theater, one of Waukegan’s most visible landmarks.

Making a presentation from the company office in Las Vegas, Full House Resorts CEO Dan Lee unveiled a plan to make Waukegan a gaming destination for high-end patrons that was in stark contrast to North Point, complete with talk of how finished ceilings matter in a casino.

Lee said Full House decided to cater to an upscale crowd after the table gaming tax rate in the state was lowered. He believes American Place, as the casino would be known, could leverage Full House’s existing database of patrons who have visited its casinos in Louisiana and Colorado.

The initial buildout would feature 1,640 slot machines, 100 table games, a retail sportsbook featuring a video wall, a swank indoor venue that can hold up to 1,500 people, and five restaurants. American Place, which included a helipad in renderings during the presentation, would also have a 20-room mansion in Phase I. Full House projected the $400 million bid would create up to 2,000 construction jobs and 1,800 permanent jobs upon completion.

Full House also put its financial muscle on full display to the IGB as a publicly traded company on the NASDAQ market and member of the Russell Index. It stated its current cash flow will increase from $48 million to $80 million once its expansion at Bronco Billy’s in Colorado is complete. Full House also has a revolving credit line of $15 million and real-time liquidity of $270 million.

The group also asserted that its decision to rent the Fountain Square land for $3 million annually, with the right to buy the land for $30 million, would give Waukegan a solid return on the real estate side of the transaction. Full House is committed to a $500,000 annual contribution to the city along with 2.5% of gross gaming revenue, based on a floor of $3 million annually.

The Chicago and VGT factors

IGB Chairman Charles Schmadeke asked both parties about the potential impact a downtown Chicago casino could have on revenue from a Waukegan venue. Warner pointed out that a downtown casino would have a secondary impact, but North Point’s officials accounted for that based on surveying the market potential in Illinois by zone.

Jeff Parr, vice president and managing partner of the private equity group Clairvest, which has invested in this project, also said the presence of video gaming terminals (VGTs) would not impact a potential casino. Parr noted that there are different types of gamers and offered the belief the casino market is under-penetrated in the northern Illinois area.

Lee said Full House made its revenue projections based on Arlington Park becoming a racino — which was permitted with Pritzker’s expansion bill — but once Churchill pivoted away from that possibility, Full House expanded its proposal for American Place.

Lee then took a swipe at the recently opened Hard Rock Northern Indiana in Gary, saying he visited the casino within the past month and found it “underwhelming.” He added that “it kind of looks like a prison” based on the lack of windows along the casino perimeter. 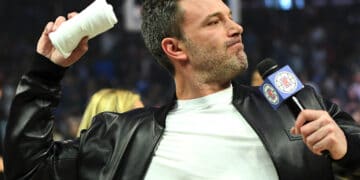 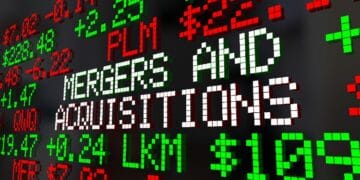