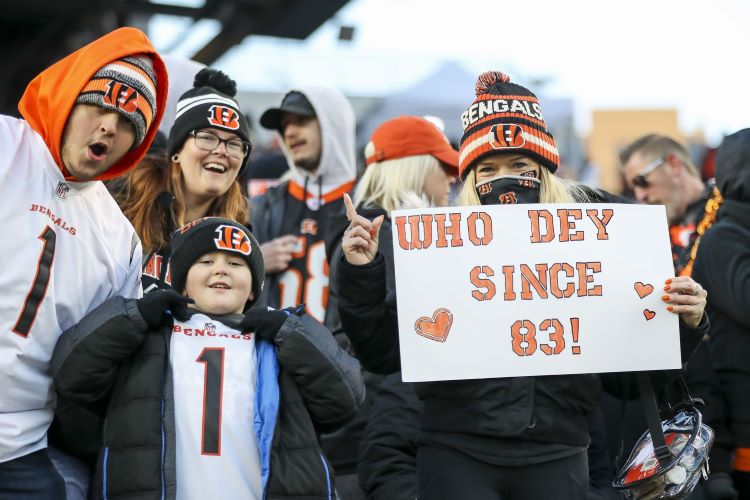 Millions of Canadians will be tuning in for the Super Bowl on Sunday night as the Cincinnati Bengals and Los Angeles Rams battle for NFL supremacy at SoFi Stadium in California. All of the major provincially-run sportsbooks across Canada have the Rams around 4.5-point favorites with the total for the game hovering around 48.5. PROLINE + in Ontario is among those settling on Rams -4.5, and like its PROLINE partners in Atlantic Canada, it is seeing the majority of its bettors backing the Rams on the moneyline.

Surprisingly, the action is much different on the West Coast in British Columbia, as PlayNow reports 82% of its moneyline bettors are wagering on the Bengals. A popular novelty bet has been the length of the national anthem, with varying opinions on the over/under depending on the region. You can see our comprehensive action report (linked above) for all of the details.

The Responsible Gambling Council, an independent nonprofit organization that’s been a leader in the prevention of problem gambling in Canada and globally for more than 35 years, released a Super Bowl betting survey Tuesday. It reported that 42% of those who bet on sports in Ontario plan to place a wager on the Super Bowl this year. The online survey of 1,003 Ontario residents aged 18 or older was completed between January 7-9, using Leger’s online panel.

Here are some of the other findings among those who plan to bet on the game:

https://t.co/gAddEOCq3D, B.C.'s local sportsbook, is on track to double its Super Bowl betting record now that players have the option to place single bets on the big game!

Big news this week as Entain purchased (see link above) Avid Gaming, owner of sportsbook Sports Interaction.  Sports Interaction is operated by Mohawk Online, which is wholly owned by the Mohawk Council of Kahnawake and is regulated and licensed by the Kahnawake Gaming Commission.

Entain, which owns 50% of BetMGM with MGM, also owns the Canadian brands bwin and Party. It intends on acquiring an Ontario gaming license with the Alcohol and Gaming Commission of Ontario and iGaming Ontario, but Sports Interaction doesn’t plan to tether to its new owner’s license.

“We’ve had to work for everything we have,” said Mohawk Council Grand Chief Kahsennenhawe Sky-Deer in a statement. “Entain has chosen to work closely with Kahnawake, as we have one of the most established and well-respected jurisdictions in the world. However, recognition in Canada continues to be a challenge.

“For example, we are still fighting for a carve-out for First Nations in Canada’s C 218 gaming legislation as well as in Ontario’s ‘conduct and manage’ modelled iGaming project. Recognition on the international stage — such as today’s announcement, exemplifies the excellence of Kahnawake’s iGaming industry and is yet another instance of why we (Kahnawake) need to have access to, and be full participants in the Canadian gaming industry. We cannot and will not accept being shut out by the old boys club.”

Although Entain has made the decision to apply for licensure with iGaming Ontario for other brands under its umbrella, Mohawk Online and Sports Interaction will continue to be licensed under Kahnawake jurisdiction.

Ontario’s regulated iGaming market is set to launch April 4, so it’ll be interesting to see how the AGCO reacts to this statement. Mohawk Online’s tribal rights sit above the criminal code, and the tribe has an inherent right to run gambling.

The International Betting Integrity Association (IBIA) announced Wednesday it is launching its integrity monitoring service in both the United States and Canada. The association has already secured licenses in Arizona, Colorado, Indiana, Michigan, New Jersey, New York, and Wyoming, with many other licenses pending in other states. There are also plans to launch in Ontario, where dozens of private operators are ready to crash the market on April 4.

“IBIA is delighted to announce that we are touching down in the North American market. With the largest customer transaction-based betting integrity monitoring system in the world, we will play a crucial role in protecting and supporting the growth of the betting industry in the U.S. and Canada,” Khalid Ali, CEO of IBIA, said in a statement.

🇺🇸We are delighted to announce that we secured licenses in those US states that require operators to be part of a monitoring body.

🇨🇦We have also applied to the Canadian province of Ontario, which similarly requires operators to be part of an integrity monitoring system.

IBIA’s monitoring and alert platform detects and reports suspicious activity taking place within its members’ betting markets, using collective action to identify potential corruption. IBIA’s annual report showed that 236 alerts were reported to the relevant authorities globally in 2021, including 39 cases in the fast-growing U.S. market from 2017-21.