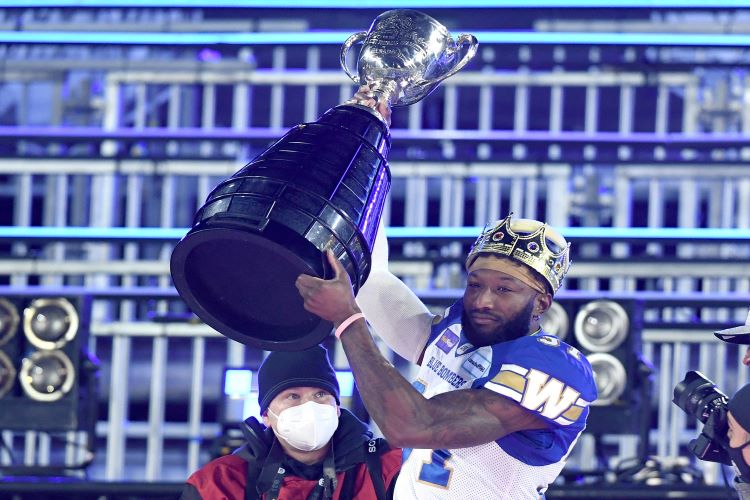 Canadian bettors came out in full force for this year’s Grey Cup, with many Canadian lotteries reporting record handles for the championship game. And the Bombers and Tiger-Cats didn’t disappoint, going toe-to-toe down the stretch in a highly entertaining tilt that needed overtime to be decided.

Winnipeg came out on top, 33-25, satisfying bettors on both the Bombers’ moneyline and spread, which ranged from Winnipeg -1.5 to -4.5 throughout Grey Cup week. Those that wagered the game would go over the posted 44.5 total also cashed in. It wasn’t a great day for Canada’s provincial lotteries with such heavy action on Winnipeg, so score this as a big win for the bettors across the country.

Bombers bettors got a scare, but ultimately came out on top in this year's Grey Cup. https://t.co/hUvRfDTE2C

Not again! The Ontario government is reinstating capacity limits for large indoor sports venues, gaming halls, racing venues, and casinos, as COVID-19 case numbers rise in Canada’s most populous province. Starting Saturday, any venue with a capacity of more than 1,000 people will be capped at 50% of its registered limit. This will have a huge impact on Scotiabank Arena in Toronto and the teams playing there — the NBA’s Toronto Raptors and NHL’s Toronto Maple Leafs.

The Raptors are scheduled to host the Golden State Warriors Saturday, potentially disappointing thousands of Canadian fans who had tickets to see Stephen Curry and won’t be able to attend. Capacity at Scotiabank Arena is just under 20,000 for the Raptors and roughly 19,000 for the Maple Leafs. Toronto is known for its raucous crowds and passionate sports fans, so capacity limits will certainly impact the energy these two franchises can feed off from full crowds.

The restrictions will also impact the province’s other NHL team, the Ottawa Senators, who will be forced to cut capacity to 50% at Canadian Tire Centre for their Sunday clash with the Boston Bruins and afterward.

Ontario reported just under 2,500 confirmed cases of the virus Thursday, the highest daily amount in seven months. COVID-19 protocol has been wreaking havoc on professional sports rosters lately, with many players scratched from lineups in the past few weeks. The Calgary Flames have been one of the hardest-hit hockey teams, with 27 active cases, including 16 players in NHL COVID protocol.

The Canadian Football League released its 2022 schedule Thursday. Preseason action begins May 23, the regular season kicks off June 9, and the 109th Grey Cup will take place Nov. 20 in Regina, Saskatchewan, at Mosaic Stadium.

Some key matchups include: