It was an eventful week in Canada leading up to Christmas 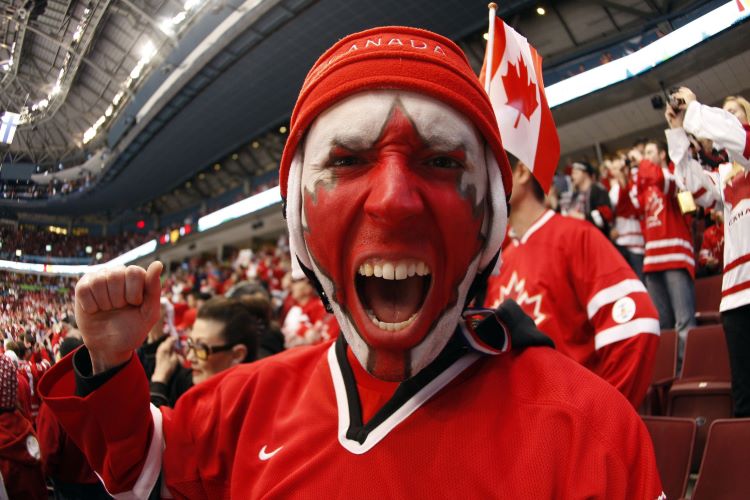 Each Thursday, Sports Handle will recap all the top sports betting news in Canada, explore the Game of the Week, and take a look ahead at some of the most intriguing Canadian games to bet on over the weekend.

Boxing Day is a special treat this year in Canada for sports fans and bettors, as the start of the World Junior Hockey Championships coincide with a full NFL Sunday slate of games. But hockey rules in Canada, and with no NHL games on the schedule, the spotlight will shine directly on the best young hockey players in the world. Team Canada kicks off group play against Czechia and the odds couldn’t be more lopsided. Canada is a -2500 favorite on the moneyline and the total is 7.5 goals at British Columbia Lottery Corporation’s PlayNow online sportsbook.

This year’s tournament is being hosted by Canada in the province of Alberta, where government officials just announced that fan capacity limits will be cut by 50% in arenas due to rising cases of COVID-19 in the region. Canada fell 2-0 to the Americans in last year’s Gold Medal Game, which was also held in Alberta.

Following today’s announcement by the Province of Alberta, the 2022 IIHF World Junior Championship will reduce fan capacity to 50%, effective immediately.

All ticket holders will receive information via email by Dec. 23.#WorldJuniors

Here are the updated outright odds for the event:

At least one private operator is a step closer to operating in Ontario, as theScore Bet officially announced it has received GLI-33 certification for its mobile sports betting and iGaming app for use in the province.

“We’re pleased to be one of the first online gaming operators to secure GLI-33 certification in Ontario,” said John Levy, CEO of theScore, in a press release. “We are eager to launch theScore Bet in our home market and showcase our unrivaled combination of media and gaming to fans across the province. This approval is a credit to our first-rate product and engineering team who have been hard at work to ready theScore Bet for launch in Ontario.”

Ontario is expected to open its market to private operators in the first quarter of 2022. Other major operators are also prepping to gain a foothold in the province, including FanDuel, DraftKings, Caesars, BetMGM, and PointsBet.

Personnel changes in the industry

Jim Lightbody steps down as president & CEO of BCLC

BCLC announced this week that Jim Lightbody, who has been on medical leave since September 2019, has stepped down from his role as the organization’s president and CEO. Lynda Cavanaugh will continue in her interim role, but a search for a new president and CEO is planned for 2022. BCLC is a government-owned corporation offering a range of gambling products, including lottery, sports betting, online betting, and casino.

Jim Warren appointed chair of OLG Board of Directors

Ontario Premier Doug Ford has named Jim Warren as the new chair of the Ontario Lottery and Gaming Corporation. Warren boasts 25 years of leadership experience in the casino gaming and lottery business, which includes acting as an OLG executive from 2006-2007. He’s a former board member and co-owner of Sonco Gaming New Brunswick, which masterminded a casino and gaming complex in Moncton, New Brunswick. The OLG is a government-owned corporation responsible for Ontario’s lotteries, charity and Aboriginal casinos, and commercial casinos. It also runs the only legal online sportsbook in the province, PROLINE +.

Ilkim Hincer and George Sweny have been appointed to the roles of chair and vice-chair of the Canadian Gaming Association, it was announced Wednesday. Hincer, the executive vice president & chief legal officer of Hard Rock International, has over 25 years of legal gaming experience and is regarded as one of the top gaming lawyers in Canada. Sweny previously held executive roles with a few provincial lotteries, including OLG, BCLC, and the Alcohol and Gaming Commission of Ontario. The CGA is a national trade association that represents leading operators and suppliers in Canada’s gaming, sports betting, eSports, and lottery industries.