Everything you need to know about Canadian sports betting this week 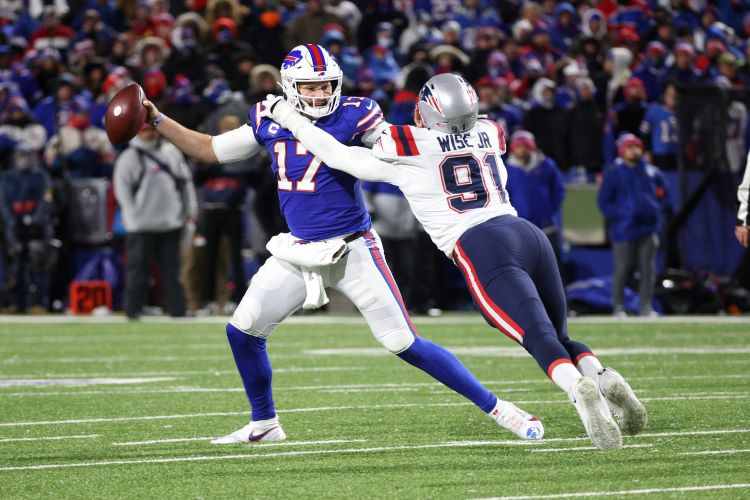 Canada’s adopted NFL team, the Bills, played a wild game at Highmark Stadium on Monday night. The betting storyline was the cold and windy weather in Buffalo, with 50 mph gusts wreaking havoc on the players.

Can confirm: it's windy.

The total for this game opened around 47 points depending on the sportsbook in Canada, but was quickly bet down all the way to 39 points (Proline + in Ontario) prior to kickoff Monday night, as more bettors became aware of the severe weather and the potential for low scoring as a result. Those bettors that took the under in this game weren’t disappointed with the Patriots’ 14-10 victory, making it a bad day for the sportsbooks. Kudos to Mother Nature for the betting assist on this one. PlayNow from the British Columbia Lottery Corporation shared its handle numbers just prior to the game.

Majority of bets + handle on the red-hot, underdog Patriots on the road

The Bills are particularly popular in Ontario, where they played a handful of preseason and regular-season games during their Toronto Series from 2008-13.  Buffalo is only a 100-mile drive from Toronto, so many Canadian Bills fans cross the border to attend games and enjoy wagering on the team.

Sources have told Sports Handle that as few as two commercial sportsbook operators could be selected to operate in the province of Alberta. The Alberta Gaming, Liquor and Cannabis Commission has confirmed an announcement regarding a Request for Proposals process could be coming as early as next week. Casino  operators and private sportsbook operators planning to launch in the province will be watching this news closely, and will likely be frustrated with the potential restrictions on the market.

Alberta regulators (AGLC) are close to releasing an RFP on sports betting, perhaps w/in the next week. While the AGLC contemplated numerous scenarios, there are indications that it favors a limited-model with as few as two books in the mkt, accd to sources https://t.co/sdvV0mKKt1

CFL fans and bettors will be fixated on Sunday night’s 108th Grey Cup between the Winnipeg Blue Bombers and Hamilton Tiger-Cats from Tim Hortons Field in Hamilton (don’t miss our betting preview). The Bombers are 3.5-point favorites over the hometown Ticats, with the total set at 44.5 points. PlayNow is already offering some fun props on the game, such as MVP odds:

Boxing Day (the day after Christmas) in Canada means one thing: the start of the IIHF World Junior Hockey Championship. The Team Canada selection camp runs in Calgary this week Thursday through Sunday. The final roster will be trimmed to 25 skaters shortly thereafter, after which the hype surrounding the event will really escalate. Canada opens group play Dec. 26 against the Czech Republic and enters the tournament with the best outright odds, according to the Atlantic Lottery Corporation’s Pro-Line Futures.

🎥 | With the selection camp roster set, National Junior Team head coach Dave Cameron talks about getting down to the final 3⃣5⃣, the plan for camp and the excitement of what's to come.