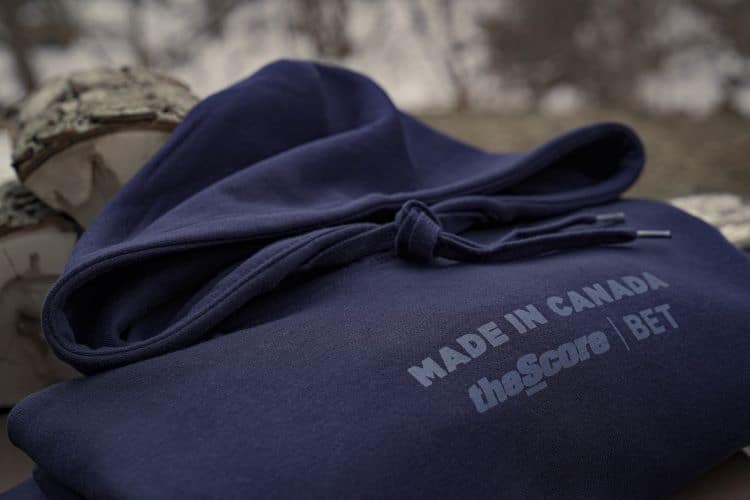 March Madness begins Thursday, kicking off four straight action-packed days of NCAA men’s basketball through the first two rounds of the tournament. Although Canadian universities and colleges don’t participate in the event, plenty of the country’s talent will be on display, with Purdue’s Zach Edey, Arizona’s Bennedict Mathurin, and Gonzaga’s Andrew Nembhard just three of the stars who hail from one of the provinces.

Gonzaga University, located just 125 miles south of the British Columbia border, is the consensus favorite among sportsbooks in the U.S. and Canada. Here are the outright odds to win the tournament, courtesy of PROLINE + in Ontario.

For the first time ever, British Columbia Lottery Corporation’s PlayNow sports betting platform is offering bettors the opportunity to place same-game parlays for every March Madness game this year.

From point spreads to team totals and player props – Same-Game Parlay is available for NCAA Tournament games! Create your parlay by adding multiple selections from the same game!

🔘Find 'SGP' icon in the game menu
🔘Make your picks

The list of operators that now have approved iGaming licenses with the Alcohol and Gaming Commission of Ontario, one of the government entities (along with iGaming Ontario) responsible for establishing the legal framework for the planned regulated iGaming market set to launch April 4 in the province, had grown to 14 as of Thursday morning:

This list is expected to grow to approximately 30 private operators in the coming weeks and months. Many operators have either applied and are waiting for official word of licensing or are currently in the application process. Some notable operators that could go live soon include:

Ontario is home to 15 million Canadians and is poised to become one of North America’s largest iGaming markets next month. Currently, Ontario sports bettors can only legally wager with the provincially run PROLINE + platform, and online casino games can only be accessed through the Ontario Lottery and Gaming Corporation.

An interesting operator set to launch in Ontario is theScore, based out of Toronto. It has teamed up with another Toronto-based company, Peace Collective, to produce a betting-themed apparel line, which will include premium T-shirts, crewnecks, and hoodies featuring theScore and theScore Bet logos.

Good read from @ComplexCanada on today’s launch of our first apparel line. We teamed up with @peacecollectiv3 to feature original collections for both @theScore and @theScoreBet, including a special “Made in Canada” line.

“This step into merchandise is a natural and authentic extension of our brand,” said Aubrey Levy, senior vice president of marketing and content at theScore, in a press release. “It opens up a new vertical for us and creates a new, compelling touchpoint to engage with fans. With the upcoming rollout of regulated sports betting in Ontario, the timing aligned well to launch our shop and showcase a number of staples for both theScore and theScore Bet, as well as a unique, bespoke line honoring our Canadian roots.”

The Score Media started in 1997 as a Canadian specialty cable TV program before being sold to Rogers Communications in 2012. The company then took its digital assets and created theScore Inc. before becoming a wholly owned subsidiary of Penn National Gaming last summer.

Already armed with an Ontario iGaming license, theScore Bet should have a significant hometown advantage in the Ontario market if it can convert local customers from its popular news app, which attracts roughly 4 million users from across the globe every month. TheScore Bet is already taking wagers in New Jersey, Colorado, Indiana, and Iowa.

The CGA and MediaEdge Communications have agreed to terms to sell the Canadian Gaming Summit, an annual conference and trade show for land-based and iGaming professionals, to international media and events company SBC, the parties announced Wednesday. The Canadian Gaming Business news website, e-newsletter, and print magazine is also included in the deal.

This year’s summit is scheduled to take place from June 7-9 at the Metro Toronto Convention Centre in Ontario, and the acquisition will be completed after this event. It’ll be the first conference since sports betting was legalized nationwide last August, and there will be plenty to talk about with Ontario’s regulated iGaming launching a few months before the Summit.

“The CGA’s membership has grown significantly in the last year, and we are excited to open new opportunities to broaden our members’ access to networking and exchanging ideas on issues of common cause,” CGA President and CEO Paul Burns said in the release.