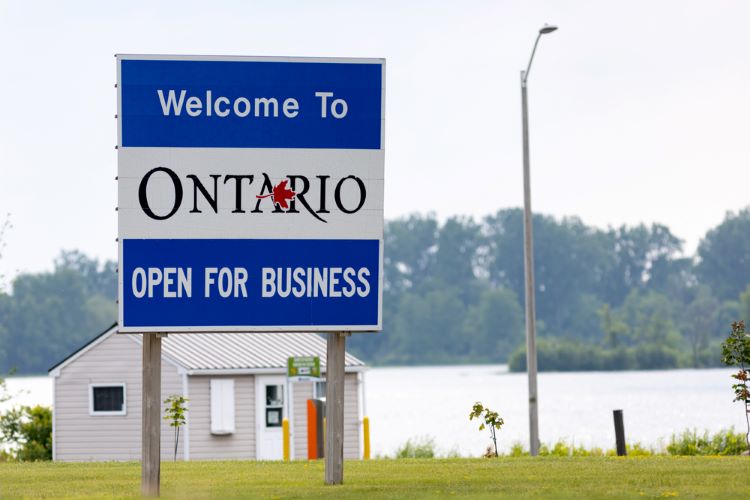 The NCAA Tournament hasn’t disappointed, and it’s going to get even better on Saturday when Final Four action gets underway.

Everyone is talking about the highly anticipated matchup between rivals Duke and North Carolina. The Blue Devils are 4-point favorites over UNC, with the total set at 151 points at the British Columbia Lottery Corporation’s PlayNow sports betting platform.

Could it be legendary coach Mike Krzyzewski’s last game behind the bench for Duke? UNC could have the last laugh, and get a step closer to a national title, if it pulls off the upset and ousts its longtime rival.

In the other Final Four contest, Kansas, the only No. 1 seed remaining in the tournament, is a 4.5-point favorite (PlayNow) over No. 2 seed Villanova and the total is set at 133 points. The Jayhawks looked shaky at times in their early round games, but exploded in the second half of their Elite Eight contest, outscoring Miami 47-15 in the final 20 minutes to advance to the Final Four.

Villanova is now an incredible 20-3 in the NCAA Tournament under head coach Jay Wright since the 2015-16 season. The Wildcats are one of the slowest teams in the country in terms of adjusted pace, checking in at No. 345 out of 358 Division I teams, according to KenPom. They’re also shooting an exceptional 83% from the free throw line this season, giving them a huge advantage late in close games.

We're down to 4! Who ya got to win the NCAA Basketball national title?

We’re only a few days away from that Ontario launch, and it’s still uncertain exactly how many operators will be licensed by April 4. As of Thursday morning, 16 operators were licensed with the Alcohol and Gaming Commission of Ontario and can go live on April 4, providing they also have an operating agreement with iGaming Ontario:

Other operators that could launch in Ontario soon:

Note: This is a fluid situation and more operators could be licensed prior to the April 4 launch. A full list of approved operators will be available on the iGO website on April 4.

The Canadian men’s national soccer team has qualified for the World Cup for the first time since 1986 — and for just the second time ever — after a dominant 4-0 victory over Jamaica on Sunday. Canada finished atop the CONCACAF World Cup qualifying table on goal difference with 28 points (eight wins, four draws, two losses), and is now looking forward to the World Cup draw on Friday afternoon.

However, a 1-0 loss to Panama in the final qualifying game Wednesday dropped Canada from its No. 33 world ranking to No. 38, which means it will be relegated to Pot 4 of the draw. Why is this important? It likely means Canada will face two of the top 10 teams in the world in the group stage of the tournament.

The Canadian men have never won a game, or even scored a goal, in the World Cup. The team went winless in three group stage games in 1986 in Mexico and was outscored 5-0 by opponents.

BetMGM currently has Canada’s odds to win the World Cup at +15000 and is reporting 2.4% of its overall tickets are on the Canadians for 0.7% of its overall handle. PlayNow in British Columbia has even longer odds for the squad, listing Canada at +20000 to win it all.

Caughill previously served as chief legal officer at the Alcohol and Gaming Commission of Ontario (AGCO), where he was instrumental in developing the legal framework and infrastructure for Ontario’s regulated iGaming market.

Prior to working with the AGCO, Caughill served for more than 20 years as vice president/general counsel at Falls Management Co., which is responsible for the casino resort operations in Niagara Falls, Ontario.

“I am excited to bring my years of experience in Canadian gaming to support RSI’s pursuit of opportunities in Canada,” Caughill, who holds two degrees from Ontario universities, said in the release. “I am particularly excited at the prospect of supporting the many local Canadian employees as the company establishes its Innovation Hub here.”

Rush Street Interactive holds an approved iGaming license from the AGCO and is expected to launch in Ontario on April 4.

Canada Sevens announced Wednesday a two-year partnership agreement with the BCLC as the tournament’s official sports betting partner through PlayNow.

The 2022 rugby event will run April 16-17 at BC Place in downtown Vancouver and will feature the world’s top men’s rugby Sevens teams.

BCLC will be running pre-event and in-stadium promotions, including a free-bet offer, merchandise giveaways, and seat upgrades.

PlayNow is the only online sports betting provider in the province of British Columbia, and all profits are used to support health care, education, and community programs.

The #Canada7s just got better!

We’re proud to partner with the @CanadaSevens as the tournament's Official Sports Betting Partner! Wager on your favourite matches and get even more thrill in the game!